From Iran to India: Learn Why the Church Is Still Growing Rapidly Despite Persecution 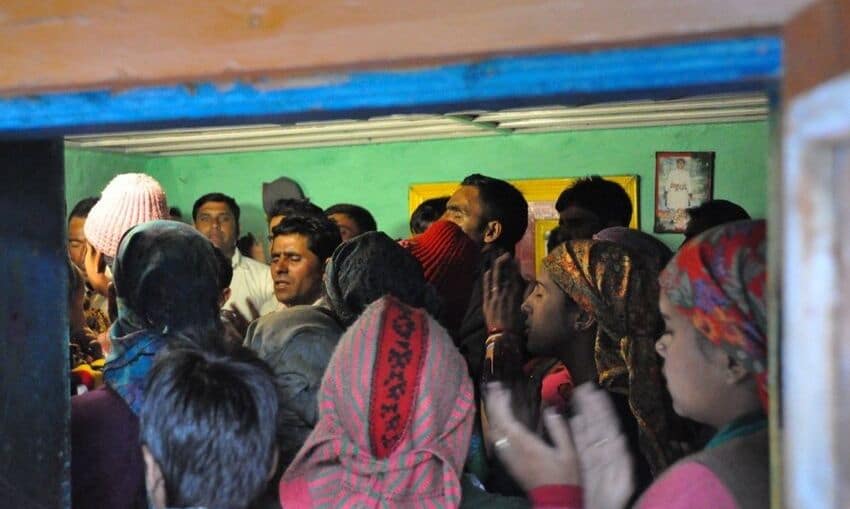 These are labels Christians bear in three countries where persecution is at its peak. But something else is happening too. Read on to find out.

Prime Minister Narendra Modi desires to make India a completely Hindu nation, and Christians have felt the pressure from his government and their communities.

Militant Hindus initiate violence against churches. One report said, “Twenty-five believers gathered for Sunday service. During worship, 40 Hindu extremists pushed through the main gate. They forced the congregation outside and beat them—including women. They then burned down the church, shouting, ‘Aliens get out!’”

Radicals also use intimidation and threats of prosecution. Voice of the Martyrs reported, “Radical nationalists falsely accuse Christian leaders and evangelists of forcefully converting individuals to Christianity to justify harassment and assault. Local police often overlook this harassment due to the false accusation of forced conversions.”

Ultra-Orthodox Jews believe that following Jesus is anti-Jewish. If a Jew embraces Jesus as Messiah, they are no longer considered a Jew. Many Jews point to horrors inflicted upon the Jewish people by Christians throughout history.

A small population of Messianic Jews lives in Israel, sharing the gospel with their fellow Jews and sometimes enduring fierce opposition. They are known as traitors.

In 2011, 1,000 ultra-Orthodox Jews demonstrated outside a Messianic congregation in Ashdod, Israel. The rabbi leading them repeatedly called out, “You are worse than Hitler!”

In June of this year Jewish protestors, also from an ultra-Orthodox sect, attacked believers headed to a Hebrew worship concert in Jerusalem. The senior pastor of the church said, “They pushed, screamed and hit people. Some were cut in the face. Women were pushed to the ground. They screamed, ‘You are traitors. All Messianic believers are traitors!’”

To be from Iran is to be a Muslim. The Iranian regime declares the country to be a Shiite Islamic state. Its supreme leader, Ayatollah Khamenei, appealed to Iran’s young adults in February, saying, “You should move the revolution closer to its great ideal… [You are] the generation who steps up to start another part of the Great Jihad for building a great Islamic Iran.” Christians are a threat to this ideal.

An account from Elam Ministries reads, “Armed plain-clothes, special security officers forcefully entered the home of Christians (called infidels) while they were asleep, and verbally and physically abused them. They were handcuffed and taken for interrogation. Among those arrested were five married couples. One couple was separated from their two-year old baby. A number of single young women were also among those taken.”

What do these three countries have in common?

Followers of Jesus are persecuted in India, Israel, and Iran. They are killed, brutalized, sold as slaves, imprisoned, tortured, and threatened because of their faith. However, something else is also happening.

Amid this suffering, the church is growing in unfriendly soil. In India, congregations are breaking up into underground house churches and Christianity is spreading. In Israel, the Messianic movement is bringing focus to the unique role they will play in the end times. In Iran, after 40 years of the current regime, the youth are yearning for truth and are finding it in the gospel.

The Joshua Project, a research organization that follows the growth of evangelical Christianity around the world, reports that the global rate for evangelical growth is 2.6%. This year India’s evangelical growth was 3.9%, Israel’s was 5.6%, and Iran’s was 19.6%. All three countries are growing faster than the world’s average.

Why? The joy of the Lord is their strength! They praise God for their spiritual freedom that no persecution can take away. They have a treasure in their earthly vessels that they want to show the world. They say with Paul, “We are hard pressed on every side, but not crushed; perplexed, but not in despair; persecuted, but not abandoned; struck down, but not destroyed. We always carry around in our body the death of Jesus, so that the life of Jesus may also be revealed in our body.”

These countries prepare believers for hardship and prove to them that it is biblical. As Matthew 10:28 says, “Do not be afraid of those who kill the body but cannot kill the soul.” Converts understand fearing God more than man. Churches emphasize discipleship and training, and every believer has a part. Recently, in a training conference in the Iran region, a pastor who had spent 1,820 days in jail translated the sessions. He and others like him continue to serve regardless of the consequences.

Followers pray blessings on their enemies and ask God that repentance and salvation would come to their persecutors, mimicking Jesus who said from the cross, “Forgive them for they do not know what they are doing.” A lost world is looking at their example, desiring the peace and grace they exhibit.

Some may call them aliens, traitors and infidels, but God calls them his children. To his children he says, “I will never leave you or forsake you.” They have found this to be true.

Join ANM in these countries and others where the church is growing despite persecution.