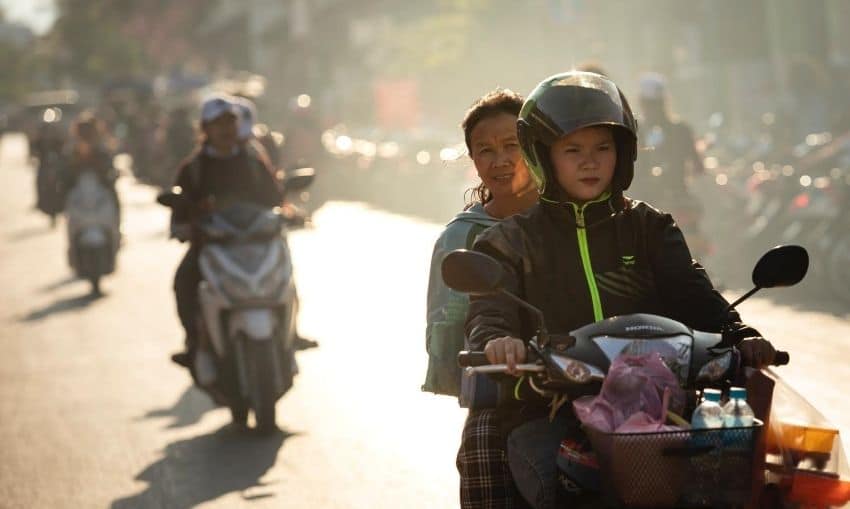 Sing heard the good news many years ago from his cousin, who lived in another village in a small closed country in Southeast Asia.  The gospel message moved him to repentance, and he gave his life to Christ. But he could not hold in the transforming power of the gospel. Sing wanted others to experience it. He desired to be able to share such a life-changing message with his own people. To equip himself for the task, Sing crossed his country’s border three times in one year to go to a neighboring nation where he trained to be an evangelist.

After completing his evangelism training, Sing returned to his home village and shared the gospel with his people. Out of the more than 100 families then living in his community, three families accepted Christ, unduly alarming the village authorities.

The village leader threatened anyone who became a Christian with either banishment from the village or imprisonment. The situation became so repressive that Sing, the lay evangelist, had to leave and move to another area. Being relatively new in the faith, the believing families left behind kept their faith undercover for fear of reprisal from the authorities. With no one to lead and disciple them, these secret believers became stagnant in their faith.

D and S are missionaries serving in this closed country. With your generous giving to ANM, they each received a motorbike recently to help them with their work. Ordinarily, a motorcycle helps extend the reach of local missionaries, bringing the message of God’s saving love to more people living in far-flung villages. Because of COVID-19, however, they could not even travel to the rural communities to encourage the believers in person. But somehow, they have managed to continue encouraging and praying for them by following them up by phone.

One of these pastors’ disciples, CT, married a young woman from the village where the secret believers lived. When he shared the gospel with her, she accepted Christ. The married couple subsequently went to see one of the pastors who then baptized the wife. Soon afterward, CT and his wife decided to go back to her village and live there. They started following up, teaching the secret believers, and seeing their faith revived and strengthened.

With the onset of the COVID-19 crisis and its many challenges and uncertainties, more people are turning to the Lord, giving their hearts to Him. More than 20 people now gather every Sunday for worship in the village. For a time, they met in the house of CT’s parents-in-law, where CT and his wife are staying. However, after the father-in-law’s animals died, he told CT to meet in someone else’s house. Presently, they hold their worship services in one of the believers’ homes. But every time the Christians meet, soldiers would come around to watch and make sure that no new people could come in and hear the good news.

Deeply vexed by the growing number of believers, the village leaders are threatening again to arrest the Christians who choose to remain in the village and put them in prison.

Pray that these believers would remain firm and steadfast in their faith despite the rising tide of persecution coming at them.