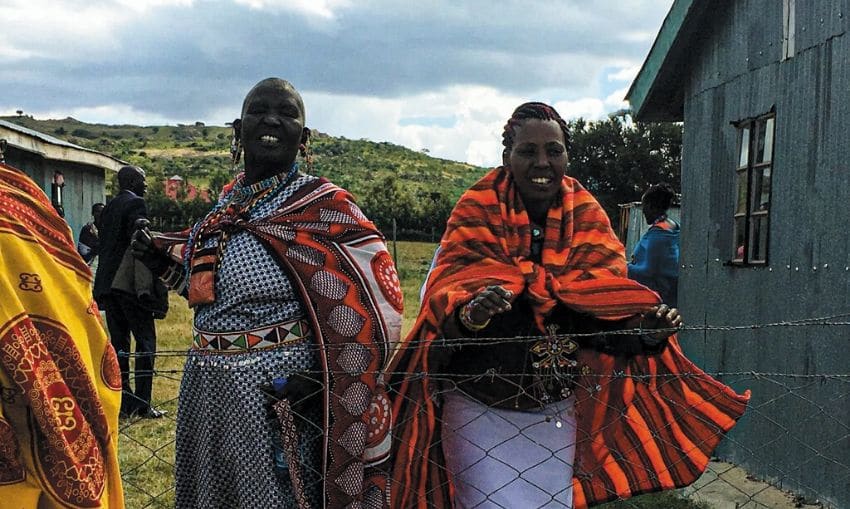 Timothy Kinyua and his wife, Yvonne, lead a ministry that takes the gospel to the nomadic tribes of northern Kenya. I recorded this conversation after learning that several of their pastors had been pulled out from the Kenya/Somalia border region due to safety concerns. I wanted to learn more about why that area has become so dangerous for them and how we can pray for them and their ministry. Below are excerpts from the longer interview, edited for clarity.

Joel Maas: Timothy, I thought we could start by having you give us a bit of a history of Christianity in Kenya and what led to the persecution that’s happening to believers today.

Timothy Kinyua: The major problem is northeastern Kenya. This is closer to the border of Kenya and Somalia. In the 1990s, when the Somali government had a coup, that’s when the problem started.

When the state failed, for a very long time there was no real government in Somalia. And this allowed many criminals to live in Somalia. And these criminals, al-Shabab, are militants; they are part of al-Qaida. Their funding comes from the Middle East, like Pakistan and Iraq.

Joel: So the tension on the Somali-Kenyan border originated when Somalia experienced a coup and became a failed state. Explain what occurred after that because of this change.

Timothy: The African governments, through the African Union, sent troops into Somalia. And since they are our immediate neighbors, [at first Kenya was not allowed to] send its troops. After five years there were so many attacks on Kenyan soil that it was becoming too much. In the towns bordering Somalia there were attacks on hospitals, schools, and buses. We felt unsafe, and our government had to send the troops so they could [push] out those militants.

In that region in Kenya the tribes are 98% Muslim. They felt that their brothers in Somalia were being killed by the Kenyan government, and these people started revenge-killing people who are not Muslims.

Joel: So relatives on both sides are bonded more by their tribal identity and their common religion of Islam than by national borders. And they see the Kenyan government as persecuting them.

Timothy: Yes, because [the militants] are Somali [in] Kenya. They speak the same language as the people in Somalia. And now they can attack Christians easily. There were attacks on several churches. They started with the big churches, like Catholic churches, the big Protestant churches. So along the border, the Christians would be attacked during their services.

We felt that our pastors were threatened because these attacks started spreading very fast and their neighboring churches were being attacked. [The militants] came in the morning with their hand grenade, and they just threw it in the church. Our government said that they will offer protection to the Christians in their churches, but that was not enough, because these people are suicide bombers.

And not only the Christians were being attacked. [Any] non-Muslims were being attacked. The Union of Teachers in Kenya protested and said they have to withdraw their members from northern Kenya because of the situation. Some of the teachers decided to resign. They refused to go to northern Kenya, and they said [only Muslim teachers should go]. So there is a shortage of teachers in schools.

There is a shortage in government offices. Everywhere that people are not Muslim, they are withdrawn because sometimes buses have been hijacked, and these [militants] come and flush out the Christians. They are shot dead. This has been in the news, so many people feel they are unsafe to go along the border of Kenya.

Just recently our government got some expert doctors from Cuba because in Kenya we have a shortage of doctors. The specialists were spread across the country, and two of them were posted in Mandera, a town that borders Somalia. One morning last year the hijackers came, and they took these doctors into Somalia. Up to now, still our government is trying to locate where these doctors are. So the place is very, very scary.

Joel: Well, you’ve shared a lot of examples of how Muslims have made it hard for Christians, and anyone who is not Muslim, to live there. Would you say that their goal is to cleanse that area, to move people out and gain more and more control?

Timothy: That seems like a cleansing, because the idea is to clear non-Muslims from the region. About three years ago, one bus was carrying Muslims, but they were [not militants]. They gave the non-Muslims their clothes, so they could look like Muslims. When attackers met them on the road and looked at the bus, they thought these people were Muslim as well. So the militants realized that even some Muslims are trying to protect Christians. And that’s why now they’re starting another strategy. When they come and hijack a bus, they will ask people to recite certain passages of the Quran. If you’re not able to recite the Quran, you die. They tell you to get out. And then you lie facing down, and they come and shoot.

Also the police officers fear these people because they’re not able to contain them. [The militants] use landmines, which they plant on the roads. Maybe two months ago, eight police officers were blown [up] by the landmine as they were on patrol. So even the police are discouraged. And it is the people who are living there — in the mosque and in their relatives’ homes. They don’t give the security officers information about these criminals.

What if we missionaries were driving there? That keeps our feet cold. We can’t approach that area, because [even] if you are not attacked, you will land on the landmine.

Joel: As a ministry what do you hope and pray for in that area? What goes through your mind when you talk about all these difficulties?

Timothy: Our prayer is for the control of Somalia, to have peace and to have a stable government. Because if they have a stable government there will be no weapons coming from Somalia to Kenya. And also that our government will be able to install security along the border. There were plans of putting a wall between Kenya and Somalia, to control the influx of small arms and bombs from Somalia. Because of corruption, the funds were looted, and it was not erected.

Another problem is in our country. Most of the youth in Kenya are unemployed and they are attracted by the [militant] Muslim groups because they promise them good jobs. Because of the poverty level these people join the Islamic religion. They are recruited to Islam, and then they are [radicalized] and taken into Somalia or Uganda. They are taught about Islam and trained as militants. Then they come back.

A recent attack at a hotel — one of the guys who was involved in the attack actually was from Meru community, not even a Somali. [He was] from my community. And this guy is the one who was the head of that group that wanted to bomb the hotel, and some people lost their lives. They had the bombs, and they blew themselves up.

So it’s very sad because before we thought that the al-Shabab are only the Somali people. But no. You can see that they are recruiting people from other tribes and in our community because we are so close to the Somalia border. There are so many families crying out because their sons are missing from their homes. We suspect these people are being recruited to go to Somalia.

Joel: What’s the way forward for you? What are your strategies to continue to reach out with the love of Christ in the middle of what’s happening?

Timothy: As a ministry our focus is to reach out, despite the attacks. Especially to the youth, to give them hope, train them in life skills, how they can handle living, because poverty is driving them. Our prayer is to reach those people with the gospel of Jesus Christ because if they are changed they will not get into the criminal activities of al-Shabab. We love those people because anyone can change. Anyone can change! You know, some are doing these things because they don’t have anything, they don’t know anything about Christ. And do you believe the gospel can change things?

It’s intense. Our prayer is that we have the courage to face the situation. Brothers, also pray that our workers get motivated because some have fear to walk in some areas. We also pray for our government to be able to provide the security to the pastors and other gospel workers.

Joel: Timothy, thank you for sharing the struggle and the challenges in Kenya. We will pray that God works in that situation in the ways that only He can. We appreciate your time.

Support local missionaries like Timothy and his church planters