A Christian Response to Violence 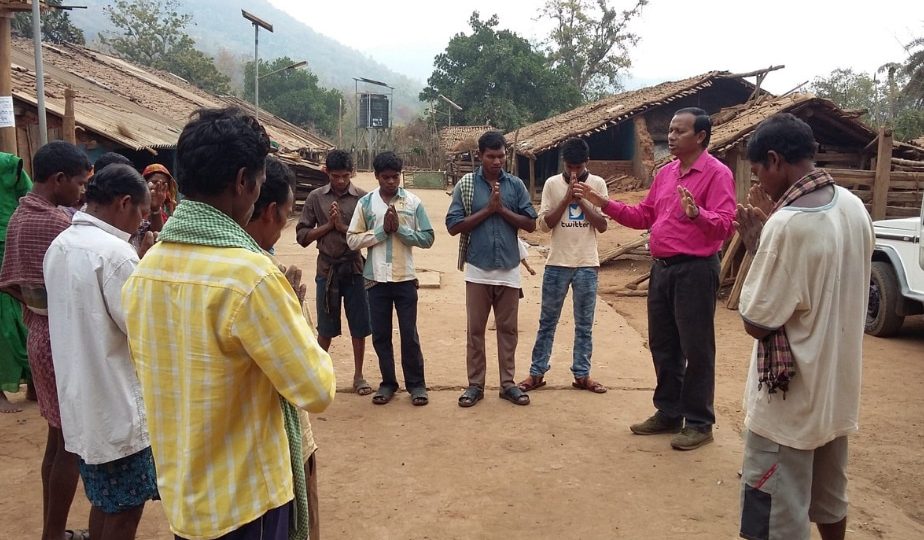 When violence fills the news cycle or hits close to home, Christians must ask how we are to think and act biblically in response. It is far too easy to go numb or sink into despair. Earlier this year, I found myself re-examining this difficult question in light of the grievous loss of life through multiple terrorist bombings on the island nation of Sri Lanka. The trauma of such violent events should drive us to Scripture for answers and to the example of Jesus for direction. How did Jesus and his early followers respond to violence, especially in the context of persecution? What can we learn from their response then and from how our global sisters and brothers are enduring violent persecution today?

Where does violence come from?

Even though the first use of the word “violence” (Hebrew: חָמָס ḥâmâs) occurs in Genesis 6:11, the first act of human violence is the murder of Abel by his brother Cain (Genesis 4). Less than a generation after our first parents’ sinful disobedience in the Garden, sin has produced the first taking of a human life. This is no blip on the radar of our nature: Cain’s murder of his brother demonstrates the intrinsic moral and spiritual brokenness that weighs on the human soul. Yet God, ever the Redeemer, offers protection to Cain and gives another son, Enoch, to Adam and Eve.

Despite God’s mercy, things go from bad to worse in Genesis 6: “Now the earth was corrupt in God’s sight, and the earth was filled with violence.” Even the creation itself is corrupted by human violence and so God wipes the slate clean through the flood while preserving his people and the earth’s animals in the ark. The ark, like the later Passover events in Exodus, again reveals God as Savior and Redeemer. Ultimately God sends his Son, Jesus, to rescue his people from their rebellion, brokenness, and sin.

Jesus responds to the murder of John the Baptist

John the Baptist was assassinated by royal decree during a debauched banquet at Herod’s palace (Mark 6:14–29). When word of John’s death reaches his relative Jesus, the people of Israel want to know what Jesus will do about this heinous and shameful act. The late Kenneth E. Bailey provides the cultural context in which to understand the inherent drama in the story.

John was a relative of Jesus (Lk 1:36) and in the shame-honor culture of the Middle East, the murder of a relative is a grave concern for all the extended family in that it puts the family under enormous pressure to respond in some dramatic (violent?) way!*

What does Jesus do?

Instead of seeking revenge, Jesus chooses to exhibit grace and mercy by turning his attention to the physical and spiritual needs of the great crowd of “sheep without a shepherd” (6:24). He refocuses his grief and anger into compassion for lost sheep. In contrast to Herod’s “banquet of death,” as Bailey calls it, Jesus spreads a “banquet of life” in the wilderness, thus revealing himself to be the Messiah who is greater than Moses. Jesus is teaching us that grief and anger are understandable, even unavoidable, especially in response to unjust treatment, trauma, and violence. Nevertheless, it is possible by God’s abundant grace to ask him to convert our grief and anger into compassion for those in need.

What we can learn from our global sisters and brothers?

One of the great blessings of being part of the ANM staff family is receiving the seemingly endless stories of victory, challenge, and opportunity that land in our email inboxes every day from our ministry partners in more than 80 countries. These stories tell tales of new churches planted, new believers baptized, and new people groups engaged for the good news of Jesus. But our partners also ask for prayer as they face spiritual darkness and oppression, political and religious persecution, and personal tragedies and crises. What we in America may consider an unusual personal circumstance of suffering for the gospel, many of our global sisters and brothers face daily, more intensely, and without the abundant physical, financial, and church resources that we possess.

In a blog post focused on sending Bibles into North Korea, I wrote about the violent oppression of Christians by the North Korean regime. Can you imagine being sent to a hard labor prison simply because you own a Bible, or sing a Christian song, or worship anyone or anything other than Kim Jong Un? Yet our sisters and brothers in North Korea risk that outcome everyday, and continue to do so despite the threats of imprisonment, or worse. Like their fellow believers in other countries where it is both difficult and dangerous to be a Christian, our North Korean sisters and brothers have learned to follow the example of Jesus.

Walking this same path, Setan Lee (a former ANM partner and now President and CEO of TransformAsia) was just a teenager in the 1970s when the Khmer Rouge violently seized control of Cambodia. His story is told in a 2008 article written for the Evangelical Fellowship of Canada. While attempting to escape the terror, Lee was captured and forced to watch helplessly as a friend was murdered by a female Khmer Rouge member. Later in a refugee camp in Thailand he saw the woman in the crowd that had gathered to hear him share the gospel. Lee had come to faith in Christ while escaping from Cambodia and was now preaching in the camp.

“I wanted to get revenge on her,” he later recounted. “Right away I was praying in my spirit, ‘Lord take control of me.’ Instantly I felt compassion for that lady.” Lee was able, by God’s grace, to convert his desire for revenge into compassion.

As opposition to Christianity, the church, and Christians continues to rise in the West, we may look to our fellow believers in North Korea, as well as stories like that of Setan Lee for examples of faithful Christian responses to persecution and violence. Just as the apostles Peter and John faced the opposition, arrest, and beatings that resulted from Peter’s preaching Jesus in the temple (Acts 4), so we may be emboldened with compassion, courage, and faith through the power of the Holy Spirit.

And now, Lord, look upon their threats and grant to your servants to continue to speak your word with all boldness, while you stretch out your hand to heal, and signs and wonders are performed through the name of your holy servant Jesus.” And when they had prayed, the place in which they were gathered together was shaken, and they were all filled with the Holy Spirit and continued to speak the word of God with boldness. (Acts 4:29–31)