What is a Messianic Believer? 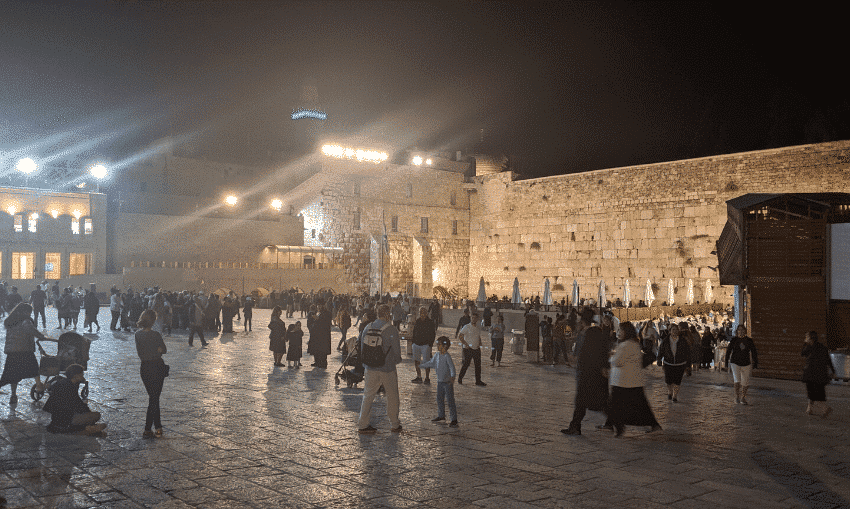 If Messianic Jews in Israel are believers in Jesus, why don’t they call themselves Christians? That’s a very good question with an equally good answer. Let’s begin with definitions.

The term “Messianic Believer” or “Messianic Jew” has been used frequently to describe followers of Yeshua (Jesus) in Israel. At the same time Messianic is used to define Christian congregations in the United States that have adopted certain Jewish forms of worship. At ANM we know that these very different definitions may be confusing to many Christians, so I asked our Israel Regional Director, Paul Robbins, to help us understand both the term and the practice of Messianic faith.

Paul grew up in a Jewish family in New York. He subsequently came to a living faith in Messiah Yeshua (Christ Jesus) and has sought to help American Christians understand the biblical promises of God, the relevance of Israel (both ancient and modern), and the critical importance of Jewish-Gentile unity in Jesus.

It depends on whom you ask.

If you ask an American who considers himself Messianic, that person will most likely be a Gentile Christian who is interested in or even intrigued by Jewish practice, the roots of the faith, and the form of worship commonly known as Messianic. It may include wearing a yarmulke on the head of the man, using a tallis (prayer shawl) and dancing and waving banners. Most American Messianic believers will celebrate the biblical feasts on the Jewish calendar, especially Passover, and have their worship service on Saturday rather than Sunday.

If you ask an Israeli who identifies as Messianic, that person will most likely be Jewish, although there are many Israeli Gentiles who identify as such. Together they make up the Body of Messiah in Israel.

Because they live within Jewish culture, Hebrew customs and language are not add-ons (as they might be in the U.S.); they are part of the Messianic Jew’s core identity.

Many congregations follow a similar pattern of Jewish synagogues worldwide as part of their Sabbath gathering, such as including the weekly Torah portion (reading). But that is to identify themselves as Jewish. They consider that to be a Jew and to follow Yeshua is the most Jewish thing you can do.

The main distinction I find in Israel is the common understanding that Jews along with believing Gentiles are a witness to the Nation (of Israel) of Yeshua’s presence in the Land [Israel]. God has resurrected a people to be a Light to the Nation and from the Nation to all the nations of the world (see Genesis 12:1–3). They assume that role seriously, joyfully, and without pretense. That message of fulfillment becomes the attraction of Messianic faith.

If Messianic Jews were any other people group, living anywhere else in the world, they clearly would be called Evangelical Christians. However, in Israel, the prevailing view especially among Orthodox Jews is that either you are a Jew or you are a Christian, but you cannot be both. In other words, for Jews, Christians are defined as Gentiles (non-Jews). Nevertheless, within this prevailing cultural and religious view, Messianic Jews seek to maintain their genuine Jewish identity while at the same time professing biblical faith in Jesus. Therefore, for Messianic Jews to call themselves “Christians” would only further complicate and confuse the situation in Israel. Even though Messianic Jews prefer not to be labeled as Gentile Christians, they are our brothers and sisters in Jesus.

During my visit to Israel, I asked almost all of our Messianic ministry partners what was the most important thing that American Christians should understand about their Messianic brothers and sisters in Israel. In one way or another they responded with something like this, “Americans need to understand that the roots of their faith run deep into the soil of God’s promises to Abraham.”

Sam, one of our ministry partners in Israel, put it this way.

There is a Japanese Christian whom I met. He told me that there is an old Japanese saying that “if you’re gonna drink water, you need to know the source of the water, where the water comes from.” So I think similarly for Christians to understand their faith, they must connect to the roots of that faith. They must understand the story of the God they are following. He is the Living God, the God of Israel, the God of Abraham, Isaac, and Jacob. He is the God who made a covenant with the Jewish people. He is the father of the Jewish people, and the creator of all the people in the world. He loves them all. So I think it’s important for American Christians to know the roots of their faith.

It’s helpful to remember that all of Jesus’s disciples, including the extended group that followed Him throughout Galilee, were Jews. The scripture that Jesus taught and quoted from was written by Jews in what we now call the Old Testament. This was the Bible Jesus knew and loved. The New Testament was written primarily (some experts would say in its entirety) by Jews. What we now call the “church” was originally congregations made up almost exclusively of Jewish believers in Jesus. Even the term “Christian” was a later development in the Book of Acts (see Acts 11:25-26).

To be Messianic, then, is to be a believer in Jesus, either Jew or Gentile, who lives in the ongoing fulfillment of God’s promises to Abraham, fulfillment foretold by Jewish prophets and interpreted by the New Covenant that Jesus inaugurated through His death and resurrection. To be Messianic is to be committed to the unity of Jewish and Gentile believers in Messiah Jesus and to being light to the Land of Israel, and from Israel to all the nations of the world.

This is the second in a series of posts based upon interviews conducted recently by the author with ANM ministry partners in Israel.

Please pray for our Messianic brothers and sisters, as well as for all the people of Israel during the current COVID-19 crisis. Please visit the Johns Hopkins Coronavirus Research Center COVID-19 Map for the current status in Israel.