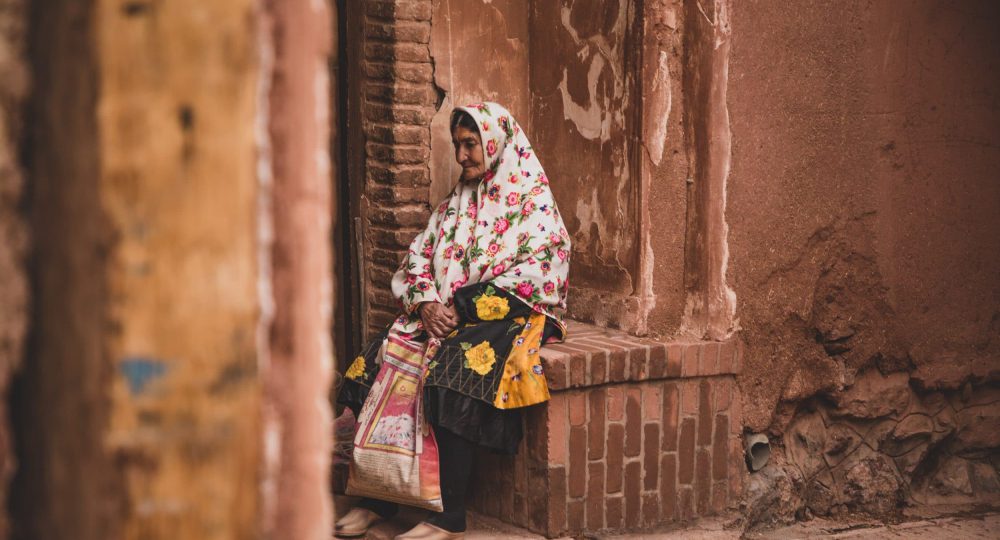 Did you know that among the many codes of law in the ancient Near East, only the Bible contains specific legal protection for aliens? Ancient codes such as those from Babylon and Sumeria included protection for the most vulnerable members of society: the poor, widows and orphans. However, only God’s law adds protection for the alien. Variously translated as sojourner, foreigner, stranger, and alien, the same Hebrew word (ger) literally means “a guest.”

In the New Testament, Jesus builds on this tradition when he refers to welcoming strangers: “For I was hungry and you gave me food, I was thirsty and you gave me drink, I was a stranger and you welcomed me,” (Matthew 25:35; all scripture quotations from ESV). The word translated “stranger” in this passage means “the other” and refers to a foreigner, not simply to someone you do not know.

So why did God place aliens in the same protected category as the poor, widows, and orphans?  God makes it clear in several scripture passages that his people and aliens have something very important in common.

God’s people were to remember where they came from, how they had lived, and what God had done to rescue them from slavery in Egypt. The same truth applies to Christians today. We are to remember the sin from which God has saved us. God has also called us to take up the responsibilities he has saved us for in Christ’s name. One of those responsibilities is the just and compassionate care of the most vulnerable.

Throughout history when oppressed minorities gain economic, political, and religious power, they often become oppressors themselves. This is the nature of fallen human nature, and Israel was not immune to this universal temptation. God wanted to make clear to his people that his heart of compassion and justice was on the side of the most vulnerable members of society and that he would not tolerate oppression of the poor, widows, orphans, and aliens.

In Leviticus 19:33–34 God tells Israel, “When a stranger sojourns with you in your land, you shall not do him wrong. You shall treat the stranger who sojourns with you as the native among you, and you shall love him as yourself, for you were strangers in the land of Egypt: I am the Lord your God.

Although God did make a distinction between circumcised and uncircumcised aliens when it came to the observance of Passover (see Exodus 12:48-49), the Law nevertheless mandated equal protection for the alien.

Leviticus 25:35 says, “If your brother becomes poor and cannot maintain himself with you, you shall support him as though he were a stranger and a sojourner, and he shall live with you.”

In other words, the standard by which God’s people were to treat their own poor was the proper and compassionate treatment of aliens.

This is important because it helps to give Christians today wise guidance on how to approach the politically thorny and emotionally freighted issues of immigration and the treatment of refugees.

Even more importantly, God’s Word on these issues gives believers a spiritual checkup for our own hearts and minds. Are we thinking with the mind of Christ? Are we in tune with the heart of God? Or are we letting the world set the agenda and control our grasp of what are undoubtedly difficult issues?

Now what about the issue of refugees specifically?

The biblical story of Ruth, a Moabite widow who takes refuge in Israel, illustrates God’s heart toward aliens and refugees. The story begins with a famine in the land of Israel during the time of the Judges. Elimelech and his wife Naomi, along with their two sons, leave Bethlehem in search of food in the foreign land of Moab. They have become strangers (aliens) in a strange land. There Naomi’s husband dies and her two sons take Moabite wives. Then both sons die and she is left alone with her two daughters-in-law, Orpah and Ruth.

Naomi decides to return to Israel and urges both women to remain in their homeland of Moab, but Ruth refuses to leave her mother-in-law; instead, she faithfully chooses to follow Naomi to Israel. Ruth is now an alien seeking refuge among God’s people.

While gleaning in the fields, Ruth finds favor with Boaz, a worthy and kind relative of Naomi’s late husband. In chapter two, we read of the encounter between Ruth and Boaz:

Then she [Ruth] fell on her face, bowing to the ground, and said to him [Boaz], “Why have I found favor in your eyes, that you should take notice of me, since I am a foreigner?” But Boaz answered her, “All that you have done for your mother-in-law since the death of your husband has been fully told to me, and how you left your father and mother and your native land and came to a people that you did not know before. The Lord repay you for what you have done, and a full reward be given you by the Lord, the God of Israel, under whose wings you have come to take refuge!” (Ruth 2:10–12)

Ruth calls herself a foreigner (Hebrew nocri). She uses a different word than ger, a far broader term that doesn’t imply inclusion or worthiness of protection. Nevertheless, Boaz treats her as a ger, a protected resident alien who has taken refuge under the wings of the God of Israel.

The story of Ruth illustrates several biblical principles and practices with regard to the most vulnerable:

How then can we, as Christians, apply the story of Ruth to our attitudes and actions toward today’s aliens and refugees?

My brief glimpse of today’s crisis

As I write this, I am in the East African country of Uganda, a nation that is hosting 1.3 million refugees, primarily from South Sudan. One of our ministry partners in Uganda is Aloysius Kyazze founder of New Foundation Community Ministries in the northern town of Gulu. I’ll have more to say about him in a post later this month.

Pastor Aloysius drove me through a small portion of the 60,000-person Pagirinya Refugee Settlement in northern Uganda, where he has government permission to work. Everywhere I looked there were women, men, and children with their lives on hold. Their only joy was in knowing that they were now safe from the widespread violence and starvation in South Sudan. Nevertheless as refugees they are in the deepest sense homeless with no real connection to the land or the people of Uganda. Like Ruth, the Moabite alien, they have sought refuge (Ruth 2:12). Graciously the Ugandan government provides a degree of refuge and protection, but much more is needed.

Human beings were meant for far more than survival. God means for us to flourish under his wings in personal relationship with Jesus Christ. When we care about and care for aliens and refugees we reflect more clearly the character of God and the image of Christ. Let us follow the example of Boaz, Aloysius, and ultimately of Jesus himself as we welcome the stranger as our guest in Jesus’s name.