Growing Up Christian in an Islamic Country 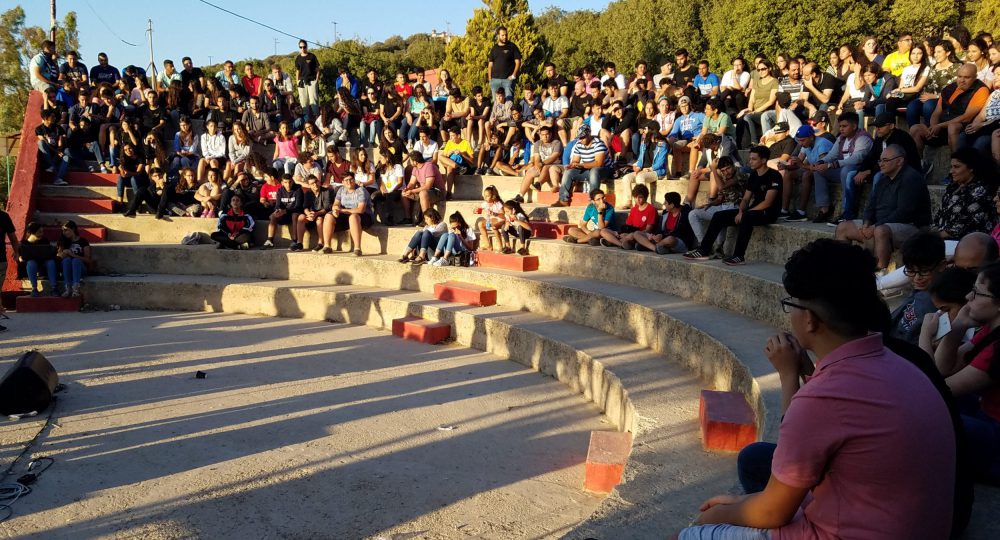 “Dad, is there any way I could go to a Bible camp that’s happening soon? I really would like to go.”

Realizing that the cost of sending his son to the camp was beyond their means, Z’s dad replied, “Pray and ask your Heavenly Father for the money to go.”

Z was eight years old, and his family was Christian. His parents had converted from Islam. In this Islamic country, an opportunity like this was rare.

As suggested by his father, Z earnestly prayed to God for money so he could go to the children’s camp. His Heavenly Father answered his prayers in five different ways: first, Z found paper money, in perfect smooth condition, underwater at the beach; second, he found money in a drain on the street; third, he did very well in school, prompting his uncle to reward him with some money; fourth, someone in his church gave him a small amount; and lastly, he went back to his dad and said, “Dad, all of these people have given me money. Aren’t you going to give me some too?” His dad was able to give him the rest of the money and Z went to the camp, much to his delight.

Children of Christian parents raised in places where there is freedom of religion have many opportunities to come to faith and grow. At a tender age their parents take them to church, where they hear Bible stories in Sunday school. They learn Christian songs for children and even participate in church Christmas programs. Every summer many churches hold Vacation Bible school. Some churches hold friendly competitions, where children showcase their talents in Bible quizzing, singing, or acting. An array of resources for spiritual growth and development of children in various age groups is readily available—music, movies, books, concerts. Moreover, parents who so desire and have the means can send their children to Christian schools. Children receive foundational truths from parents, family members, Sunday school teachers, children’s ministers, youth leaders, and Christian camp directors.

Sadly, the environment in Islamic countries stands in stark contrast to this. Children like Z, whose parents are Muslim-background believers, experience pressure from various sources. The laws of his birth country mandate parents who are former Muslims to register their children officially as Muslim. So Z’s birth certificate identifies him as “Muslim.”

This double identity—being a Muslim in name and a Christian at heart—poses challenges. A child raised as a Christian at home is likely to face problems when he starts going to school. Because his ID calls him a Muslim, he must study the Quran and learn the Islamic prayers. If he refuses to pray he may be beaten at school. Even his extended family may beat him.

He starts to notice that other family members pray the Islamic way, quite different from how his parents have taught him. In school, Christian children refuse to play with him because he is Muslim and they are Christian. If he plays with Muslim children, he hears them say derogatory words about Christians, but he cannot speak in defense of Christians for fear that they will find out that he is a Christian himself.

Unlike children in Christian settings who enjoy an extensive and open support system from family, friends, and the church, children in Islamic countries face rejection and reprisal from Muslim relatives and friends. Z suffered persecution at the hands of members of his extended family. One can only imagine the sadness and rejection he must have felt when at age six, he could not play with his cousins; his uncle forbade them because Z was an “unbeliever” like his father.

Knowing that Z would face these challenges, his parents taught him that he was not alone. He was part of a big family, a large body of believers in Jesus; he had relatives, uncles and aunts, who did not necessarily have the same family name.

Sad to say, the one place that should have offered a welcoming environment—the local church—did not. It was a church of those born with Christian IDs, so they were nervous about the presence of Muslim-background believers among them. They might draw unwelcome attention from the authorities. Church leaders, branding Z a “special case,” refused to involve him in activities. Some Christian parents refused to let him travel with their children to a church-held conference for fear he would cause problems for them. Crying bitterly, Z asked his father, “Why am I a special case? Why am I different than other kids? Why do Christians fear me and Muslims hate me? Why do I have to live as a Christian at home and study Islam in school? Why do I have to hide my belief?”

Local ministries in Islamic countries are striving to provide the fellowship and support that is so important to children’s growth in their faith. Parents are a child’s foremost teachers, exerting the utmost influence in shaping their children’s faith. Christian parents, regardless of background, help their children grow in the faith by teaching and modeling Christian values and principles in their daily living. Teaching ministries in local house churches, as well as through Skype and other means, provide instruction and support to Christian parents and families.

Christian camps, like the one Z attended, are also a valuable resource for children following Jesus. One ANM ministry partner in the Middle East holds children’s camps every year. Hundreds of children of Muslim-background believers have attended these events that help build, nurture, enhance, and grow their faith in God.

Connecting children in Islamic countries with American (or other) Christian children of their age group either through snail mail or Skype or other age-appropriate social media may serve to reinforce and enrich the faith not only of the Muslim-background believing children but even of the American children as well. ANM’s Middle East Regional Director, Brother K, is looking into this and other possibilities. This way they can share experiences, play video games, encourage one another, learn from one another, and even pray for one another.

Many children like Z are following Jesus’ instructions to ask, seek, and knock—hoping for a chance to grow in their faith. Together we can be part of the answer.