Demons Still Flee at the Mention of Jesus’ Name 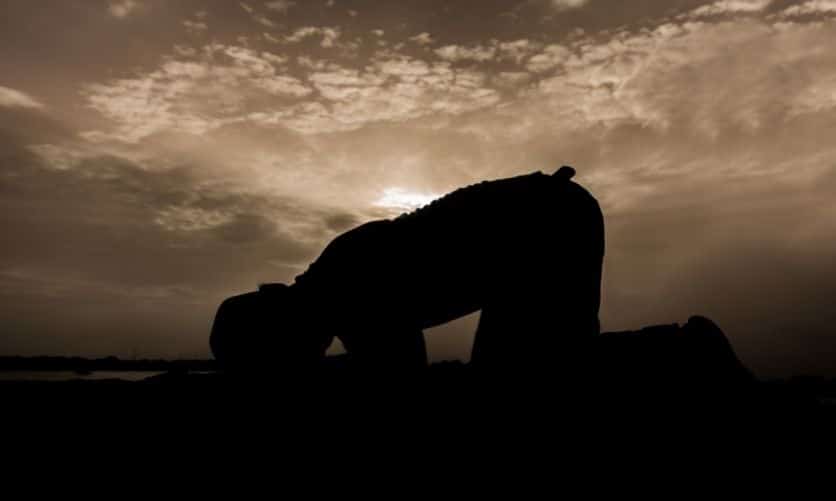 Fed up with arguing with the two Muslim sheiks, Omer did the unthinkable. He lit the Quran on fire.

As it burned, the sheiks’ expressions changed from anger to horror. They had come to Omer’s house to ask him to pray with them in the mosque where they are elders. They knew he was a secular Muslim but did not expect such a heated discussion from this highly educated man. They were appalled at his attitudes about Mohammad and Islam, but they did not think the debate would deteriorate to such an extent.

“Allah will punish you for doing that,” they warned him. Little did they know how quickly the punishment would come.

Omer left the mosque and went home to his wife. That very night he fell ill with a blood clot in his brain. Omer’s wife rushed him to the hospital, where he realized he could not use his right hand. In fact, his entire right arm was paralyzed. His friends told him that Allah had cursed him because he had burned the Quran. It certainly appeared that way to Omer and his family.

The doctors were able to take care of the blood clot and released Omer from the hospital. However, Omer continued to suffer with his paralyzed arm and hand for about a year. Omer met a man who shared about Jesus with him. Omer listened but was afraid to respond to the message.

The man invited Omer and his wife to a home group and the wife went. She met Brother K of Advancing Native Missions from the US. She went home and told Omer, “You must go and meet this man.”

Brother K, from ANM, was in Turkey training local Muslim-background believers in evangelism. He was also there to encourage and teach two home groups.

Brother K heard the leaders of the home groups inviting people to attend the meetings in an unusual manner. They said, “If you are sick, come, God will heal you. If you are disappointed, God will help you.”

But the leaders said, “No, no, we believe God. God is here.” They were confident that God would answer miraculously when people with needs would come to the meeting for prayer.

Omer came to the home group and Brother K boldly greeted him, “Hi, Uncle Omer. Why do you not believe in Jesus Christ?” As Brother K continued to talk to him, Omer’s paralyzed arm started shaking.

Brother K asked, “Why are you afraid?”

Brother K recognized that there was an Islamic spirit in Omer, that he was demon-possessed. Brother K began to pray for Omer very intentionally and passionately. He asked Omer to pray, repeating his prayer. Brother K told him to say, “Jesus, Jesus, please protect me, my wife and family, and my home.” Brother K prayed to cast out any darkness inside of Omer and for the protection of his wife and family.

Omer fell to the floor as though asleep, but his arm continued to shake. Brother K persevered in prayer for quite some time until Omer’s arm stopped shaking. He reached down to wake Omer, who could move his fingers for the first time in a year.

“Can you move your arm?” Brother K asked.

Omer was able to move it and said, “I feel that I am free.”

Suddenly, Omer’s phone rang. His son begged him to come home quickly, saying, “For the last thirty minutes, Mom has been lying on the floor shaking and screaming. Come home, please. She has stopped screaming and shaking, but please come home.”

The next day, Omer’s Christian friend went to visit Omer at home. Omer had a full range of motion in his right arm. As they rejoiced over Omer’s healing, the friend explained who had healed Omer. Hearing about the healing power of Jesus and the plan of salvation, Omer and his wife accepted Jesus as their Savior. Omer and his family are new to their faith and are eagerly learning more about Jesus. They are already hosting a prayer meeting in their home.

Your Chance to Help

Omer and his family have been set free from demonic forces and have a new life in Jesus. You can send the good news that Jesus heals and saves to the next hurting man or woman in the Middle East. Donations to support missionaries allow them to share the gospel and pray with people in need like Omer.