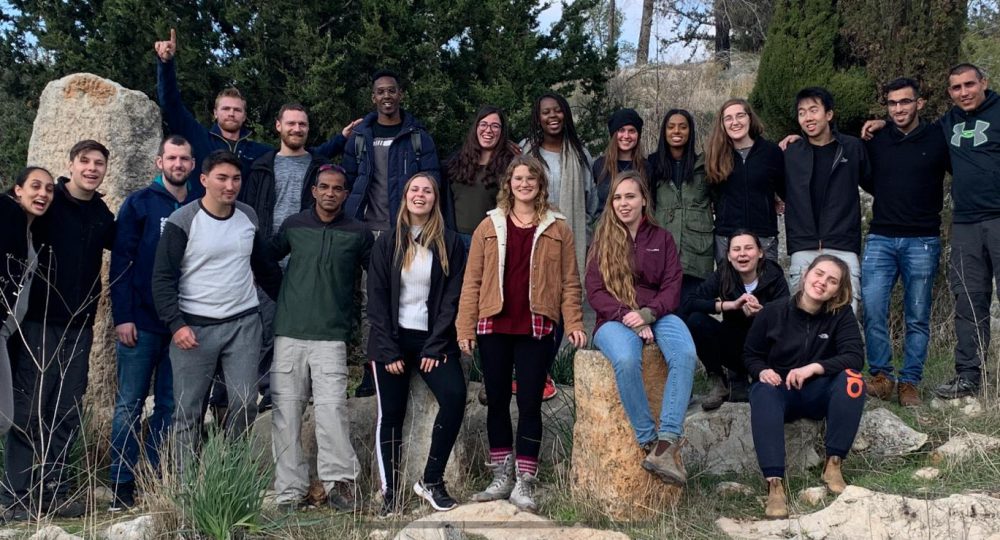 Ishaq walked into the smoke-filled maze of the casino. It was like a carnival with flashing lights and a constant barrage of noises. Arcade-like jingles and bells rang through the windowless den of greed. Wheels spun, dice rolled, and coins clinked.

This is the Israeli criminal underworld. Ishaq’s Arab mafia leader had sent him to collect money from a rival mafia gang run by Russian Jews. When he confronted them, tempers flared, and a man lay dead on the floor. They blamed Ishaq, and he went to prison.

Time to think and act

While Ishaq was in jail, his father had two heart attacks, and then his mother also had one. It struck Ishaq like an earthquake.

“I was breaking apart,” he said.

He reconsidered his life and the direction he was heading. Although he grew up in a Christian family, crime was his way of life. He held his first gun at 13, and soon after became addicted to drugs. Violence dominated his life. Among the criminals he associated with, it was an unspoken code that if two rival gang members were left alone in a room, only one would emerge alive.

Ishaq was released to house arrest, and he contacted a Christian neighbor and asked about salvation in Jesus.

The neighbor replied, “Before I lead you in the sinner’s prayer, you must first go and confess everything to your mother and ask her forgiveness.” His mother believed he could do no wrong; after all, he was the only son in this Arab family. She held him in the highest esteem. How could he let her know the truth?

Fearful that he would lose her selfless love, and that the shock might cause her to have another heart attack, Ishaq hesitated. Then, convinced he needed Jesus, he obeyed. Mom wept and forgave him. Ishaq accepted Christ and went to rehab.

Looking to the future

Upon completing rehab, Ishaq went to a ministry called Lech L’cha, an ANM partner, and asked to be part of their discipleship program. They hesitated to take him in because they feared it might endanger their other students. His brutal history and Arab background waved a red flag. Prayer convinced the Lech L’cha leadership to accept Ishaq as the first Arab to participate in their training.

Two years later, Ishaq went through his second session at Lech L’cha, where he met a student named Ilya from Russia. They had similar pasts. As they talked, they both realized the truth: Ilya’s family was the reason Ishaq went to jail, and Ilya’s mafia had murdered four of Ishaq’s childhood friends. Only Jesus could have orchestrated what happened next.

They rose and walked forward with outstretched arms. They both dropped to their knees, threw their arms around each other, and crying, asked for forgiveness. The love and peace of Jesus had changed them.

Lech L’cha believes in and works with those with difficulties. They take men and women soldiers coming from combat and provide a platform for God to work in their lives. Hearts like Ishaq’s and Ilya’s are transformed.

Today Ishaq is among the leaders at Lech L’cha. He tells other Arabs about the help he received, and now Jews and Arabs are working and studying together on the same campus. Ishaq says, “This is a miracle place. People come broken and leave whole.”