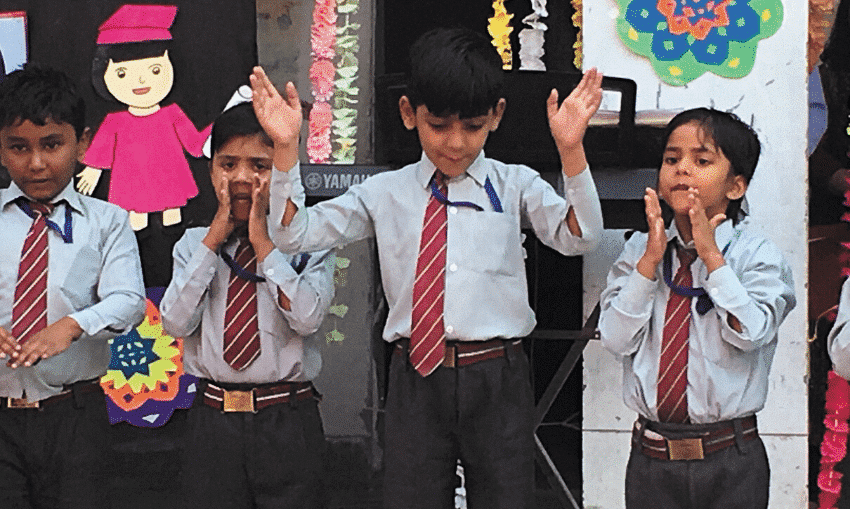 “Mental, mental, mental! Vikram is dumb and mental!” The other boys on the bus loved to tease Vikram in their sing-song voices.

Vikram’s self-worth had been ground to a pulp. His only defense was anger. Today he repeatedly plunged his pencil into the padded bus seat. He jabbed his index finger into one of the holes and pulled. There was a satisfying rip. Discipline followed — again.

School was a battleground. As Vikram entered the classroom, his classmates laughed at him. He came from a poor family, had difficulty learning, and was hard of hearing. The constant bullying kept him from concentrating on his schoolwork.

The only way Vikram knew how to survive was to cry, yell, lash out verbally, or use his fists. Every surge of anger gave him a feeling of power and energy. For a slight second he felt in control of his life. But the consequences of his actions always dropped him back into a state of hopelessness. One teacher got so frustrated with his actions that she banged his head against the wall, causing extensive bleeding.

Vikram’s father struggled to pay for Vikram’s education, but when he saw the blood, he took Vikram out of the school. How could he help his son? A neighbor told him about Life Center Academy located nearby in New Delhi, India.

Life Center Academy is an English-language school with high academic standards. Besides providing education to regular students, it focuses on children who learn at their own pace, live with some disability, or come from the slums of Delhi. It embraces every child, regardless of religion, caste, creed, or gender. The school’s goal is transformation through education in a loving Christian environment.

An Indian woman founded the school in 1997, and it is totally staffed by Indian teachers. Two hundred students attend from nursery age to grade 8. In the next four years, the administration hopes to add two more grades, serve 2,000 students, and become self-sufficient on fees from paying students and donations from alumni.

First day at a new school

On his first day at Life Center Academy, Vikram arrived scared and skeptical. But no one called him names. No one! The teachers encouraged him and told him he had a beautiful smile. They also gave him some responsibility in classroom discipline. He thrived. The emotional scars began to heal. He made friends. He excelled in math, and he fell in love with Jesus.

Vikram completed grade 8 last year and with confidence continues his education at another school. On a recent visit to Life Center Academy, he told a school assembly, “I hated school, but now look forward to going every day. Thank you, Life Center Academy, for changing my life and making it possible for me to learn. And thank you to all who loved me.”