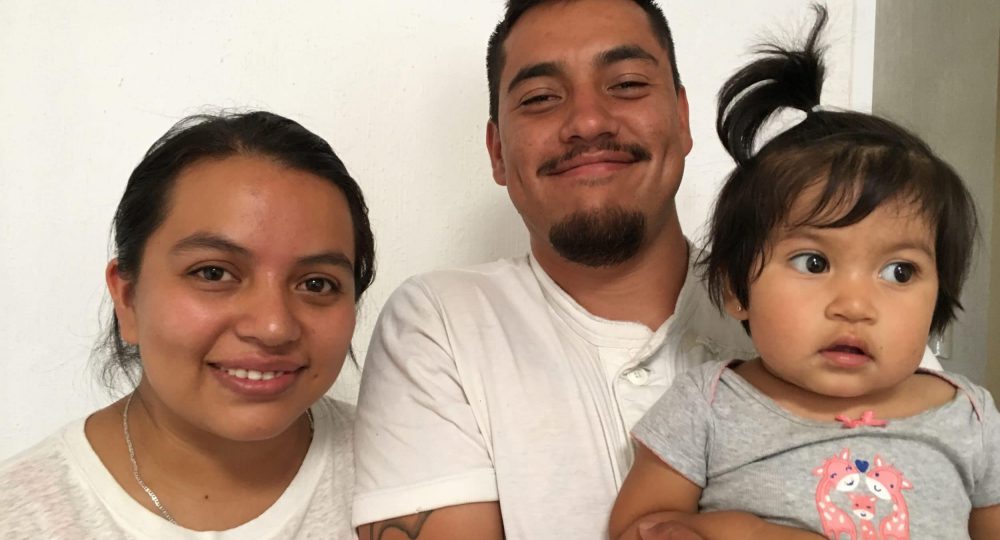 “That’s it, I’ve had enough!” JC walked out of the church. His mother’s new-found relationship with Jesus Christ annoyed him, and his father was an alcoholic. He wanted a real family.

In middle school, JC joined a gang and by the age of 15 had become a recognized leader. He had friends he could trust and he slept soundly at night knowing he was loved and supported. It was his new family and they always stuck together — until one night.

He and his “homies” attended a local party. Tension arose when it was discovered a rival gang was also there. Without telling JC, his “family” sauntered out the door.  When a fight broke out, JC stood with his feet apart, eyes narrowed, and fists clenched. The adrenaline pumped through his body, making him feel like he could destroy light bulbs by just looking at them. JC was then thrown out into the street. Blood oozed from his nose and mouth, and red circles were expanding on the front and back of his shirt where he had been stabbed. Gathering himself, he stood up. Leaning against a guardrail were his gang members — laughing. A renewed rage surged through him and he stomped back inside.

Suddenly he felt a sting on his face. When he opened his eyes, a paramedic commanded him to stay awake or he would die. His hatred was all that kept him alive.

His body healed, but his emotions didn’t. He plotted revenge every day. Members of the youth group from his mother’s church came and prayed over him. Later they invited him to a retreat.  It was here that JC discovered how much Jesus loved him, and he wanted that love — love that would last forever. He asked for forgiveness and became a new person in Christ and a part of the family of God. Then the real fight began.

He didn’t want to kill his enemies anymore, but his drug addictions were severe. He would go to church and then go home and do drugs. He didn’t know how to stop. Added to this, when he refused to return to his old gang, they wanted him dead, as did the rival gang. To escape fighting, JC left for another town where he was confronted by yet another gang. While defending himself, he was arrested. Miraculously, he was released shortly afterward. After returning home, he got on his knees and for hours thanked God for delivering him. JC finally surrendered everything to the Lord. Addiction was never a problem again.

JC expressed it this way, “The word of God became my refuge and Jesus Christ became my purpose. For the first time in my life, I felt complete. I read through the New Testament in one month and basked in His love. I used to risk my life for dumb reasons. I am now willing to risk it all for Him, because He risked it all for me.”

Enter ANM partners Donald and Becky Kamese. In 2014, this couple left San Pedro, Mexico, to begin a work in a part of Mexico that missiologists call “The Circle of Silence.” It is so named because the influence of the gospel has had little impact there. Less than one percent of the people in this region are evangelical Christians.

JC heard about Donald and Becky and went to a gathering at their house. He returned often to talk to them and ask questions. Recognizing JC’s passion, Donald and Becky continued to invest in his life. Through a program called “Train the Trainers,” they discipled him through Bible stories. The gospel came alive to JC through these Bible stories so he began telling others, including his former gang members. He even went to those who were in jail and to the families of those who had died. He just did what Donald and Becky had done with him.

JC also felt called to the Chichimecas, a poor indigenous people who live not far from JC’s home in a remote semi-arid area 7,000 feet above sea level. Most are farmers or field workers. Poverty has brought on the social problems of suicide, drug abuse, alcoholism, teen pregnancy, and witchcraft, but JC knew what could help and he began sharing the gospel.

Donald Kamese said, “It has been a journey of persistence for JC. For five years he shared Bible stories over and over again. Finally, one man understood and received Christ into his life. This man then invited his neighbors into his home and JC shared with them. Things began to change. For two years, JC has been shepherding 20-30 people. Then last year, seven members of his church gave up their idols and were publically baptized. Others were due to be baptized when the virus broke out.”

In Mexico the family is primary. Multiple generations live together and therefore unity is key. Men make the decisions so JC is training the fathers to be the trainers to their families. Using the Bible stories method, all ages can understand. Fathers are taking responsibility for the spiritual health and growth of their families and this has led to a multiplication of Bible studies. The gospel continues to spread.

JC writes, “God has used my foolishness, weakness, and low standing to bring me to Him. Now He has turned them into wisdom, strength, and has restored me into His family.”