Dramatic Conversion from Islam to Christianity in Central Asia 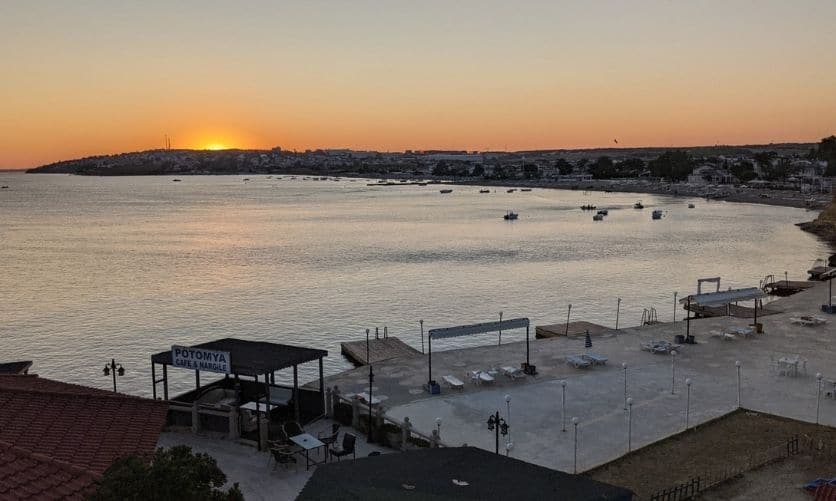 We gazed out at the vast sea as small waves lapped on the shore three stories below our hotel’s outdoor restaurant. The heat of the Middle Eastern August day was slowly giving way to cool sea breezes as the sun slipped silently below the hills to our west. ANM International President P.R. Misra and I ordered dinner and reflected on our afternoon interview with Rastin and Maryam*, a fascinating married couple from Central Asia. Along with our Central Asia Regional Director, we had traveled thousands of miles to develop closer relationships with our newest native partners from the region. My primary goal was to return with compelling stories and testimonies. I was not disappointed.

We had joined a diverse group of Christian leaders and their families from 19 ethnicities who were gathered for three days of fellowship and encouragement. The focus of the gathering was church-planting work, especially in the five former Soviet republics often known as “the Stans.” Kazakhstan, Kyrgyzstan, Uzbekistan, Turkmenistan, and Tajikistan make up the heart of a centuries-old cultural and economic bridge between Asia and Europe. Predominantly Sunni Muslims, these ancient peoples are almost entirely unreached with the message of Jesus. Rastin and Maryam’s* stories clearly reflected that cultural context.

Rastin grew up in the Soviet era with a nominally Christian Russian mother and an East German father whose whole concept of religion was, “Do good things or God will punish you.”  Rastin attended an underground German church in Central Asia as a young person but did not have a personal relationship with Jesus. A friend shared the gospel with him and led Rastin to personal faith about the same time as the Soviet Union was falling apart in 1991. When Rastin prayed to receive Christ, he didn’t notice a change right away. “But the next morning, when I woke up, I started to see differently. The sky was more blue. Grass was more green. I had [had] this heavy [sin] on me. But then this [sin] was [being taken] out, and I said, ‘Wow, something is going [on]!’” He is now a house-church pastor and runs a honey-producing business that helps support him and his family.

In contrast, Maryam’s story is quite dramatic and involves a family death threat and a just-in-time escape. She was raised in an observant Muslim family. As an officer in the Russian Army, her father had seen combat in Afghanistan and was no stranger to killing. When Maryam came to faith in Jesus through the work of an American English teacher, she kept it secret for six months. When her family announced that they had secured a suitable Muslim husband for her, Maryam blurted out the truth, “I am not marrying a Muslim. I am now a Christian!” Her father responded by hitting her in the face. After finding Maryam’s hidden Christian books, he burned them all. He then beat her again.

Two days later, Maryam’s father took her to the local graveyard and threatened to kill her immediately if she did not reject her newfound faith in Jesus. She was saved only by the arrival of her grandfather, who begged Maryam’s father not to kill her before the end of the holy month of Ramadan, just a few days away. On the last day of Ramadan, while the family was away honoring their ancestors at the graveyard, Maryam received a call from a local Christian woman who told her to come out of her house immediately. She did so and found the woman waiting with a taxi. The woman pushed Maryam into the vehicle, and they drove away to a safe house in another town. In the end, Maryam was able to return safely to her family and seek reconciliation with her father. He told her that he would never have killed her and begged Maryam never to disappear again. Though her family has not come to faith in Jesus, they now accept her faith and her marriage to Rastin.

Maryam’s dramatic story could easily fill a book. She and Rastin together are an amazing testimony to God’s grace, mercy, and providence in a land where less than one-half of 1% of the population are Christians of any kind. Together they share the love of God through their house church and the bee-keeping business. Rastin is also actively involved in building a camp for Afghan refugees in his home country. Their house church will then have both access to and opportunity to minister the love of Jesus to many uprooted families.