3 Things You Should Know as You Pray for Ukraine 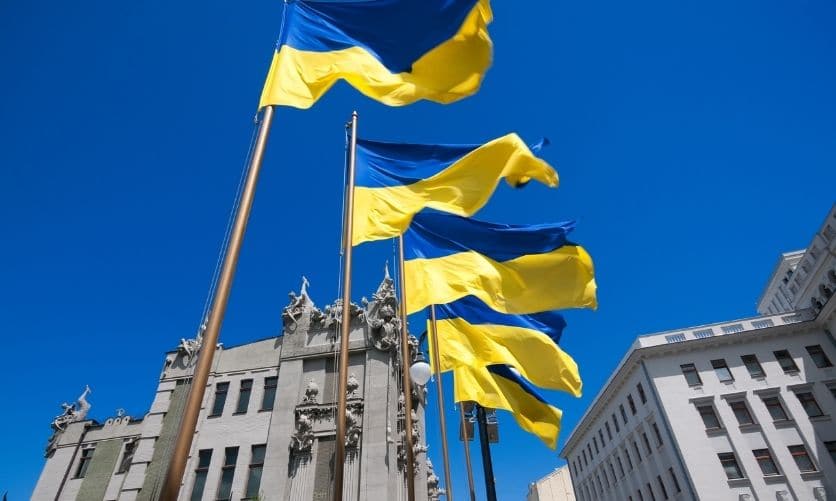 Editor’s note: In the early morning of February 24, Russia invaded Ukraine. Fighting is ongoing. Please use the information in this post as you pray for the situation.

My wife June and I visited Ukraine in May of 1991 as part of a team tasked with documenting a month-long evangelistic mission. One of my most vivid memories was the sight of Ukrainians marching in the streets of Kyiv, holding up the then-banned blue and yellow national flag. The Soviet Union was on its last legs, and Ukrainian fervor for freedom was at a fever pitch. Just a few months later, the Soviet Union fell apart, and Ukraine declared its independence. Ukraine has experienced a complex series of pro-Russian and pro-western presidents and governments since 1991. In 2014, Russia annexed Crimea in southern Ukraine, and pro-Russian separatists took control of a section of the Donbas region in eastern Ukraine.

Given these ominous developments, how should Christians pray for Ukraine? What do we need to know? Here are three things that will help us as we intercede on behalf of all Ukrainians.

1. The majority of Ukrainians identify as Christian

Most Ukrainians are members of the Ukrainian Orthodox Church. Eastern Orthodoxy became the official state religion of Ukraine in AD 988. About 10% are Roman Catholic. According to the Joshua Project, Evangelical Christians make up only 3.62% of the population, but their influence is much greater than this percentage would suggest. Christianity Today reported in May of 2021 that in the previous October, “more than 500 evangelicals were elected to all levels of government. One even heads a major city — Rivne, in western Ukraine — as mayor.”

The report also quoted Pavel Unguryan, coordinator of Ukraine’s National Prayer Breakfast: “Ukraine has become the epicenter of a global spiritual battle. Today, as never before, our nation needs unity, peace, and the authority of God’s Word.”

There are also unreached people groups in Ukraine. A little more than 1% of Ukrainians are members of such groups, like the more than 350,000 Muslim Tatars.

Please pray that followers of Jesus will lead in providing comfort and encouragement during the current crisis.

2. A significant minority of Jews remain in Ukraine

In the middle of this [Russian] storm is Ukraine’s Jewish community and remarkably, although only 100,000 Ukrainians are Jews at this moment, the President of the country, Volodymyr Zelensky, is Jewish and embraces his identity. Few countries, including the United States, can make that claim. Eight decades ago, members of the Zelensky family were murdered during the Holocaust and others fought in the Red Army.

More than a half-million Ukrainian Jews now live in Israel. An estimated 19,000 Jews have immigrated to the Jewish State just since the Russian annexation of Crimea in 2014. In a Michael Schwirtz investigative article for the New York Times (Feb 21, 2022) entitled “For Ukraine’s Jews, the Threat of War Stirs Memories of Past Horrors,” the headline reads, “In Odesa, Jewish leaders are preparing for the worst: hiring security guards, scoping out bomb shelters and making plans to evacuate if Russia invades the country.”

Please pray for the safety of the Ukrainian Jewish community.

Dr. Björn Alexander Düben, in his 2020 article “‘There is no Ukraine’: Fact-Checking the Kremlin’s Version of Ukrainian History,” wrote,

The notion that Ukraine is not a country in its own right, but a historical part of Russia, appears to be deeply ingrained in the minds of many in the Russian leadership. Already long before the Ukraine crisis, at an April 2008 NATO summit in Bucharest [Romania], Vladimir Putin reportedly claimed that “Ukraine is not even a state!”

The medieval state (9th to 12th centuries) of Kievan Rus marked the origins of the Ukrainian nation and the site of early Slavic expansion. If there is a Slavic “mother” civilization, it is almost certainly Ukraine. God has changed the hearts and minds of unbelieving rulers before. He can do it again.

The king’s heart is a stream of water in the hand of the LORD;
he turns it wherever he will.
– Proverbs 21:1 (ESV)

Please pray Proverbs 21:1–8 on behalf of the Ukrainian people.

Alex, his wife Lena, and their daughter Nika are ANM native missionary partners in Ukraine. They run a Christian camp for Ukrainian and Russian young people. The six-acre campus near the borders with Belarus and Russia was once a Communist indoctrination camp. Today the Gospel is clearly presented at that same site. Construction teams from ANM have helped to fully remodel the original buildings. Belarus announced this week that the 30,000 Russian troops currently in the country will remain there indefinitely. If those troops cross the border into Ukraine they would go south to Kyiv, very near the camp.

Please pray for the safety and protection of Alex and his family.

Scripture assures us that, as in all things, God will have the last word regarding Russia and Ukraine. Please remember this promise from the prophet Isaiah:

So shall they fear
The name of the LORD from the west,
And His glory from the rising of the sun;
When the enemy comes in like a flood,
The Spirit of the LORD will lift up a standard against him.
– Isaiah 59:19 (NKJV)