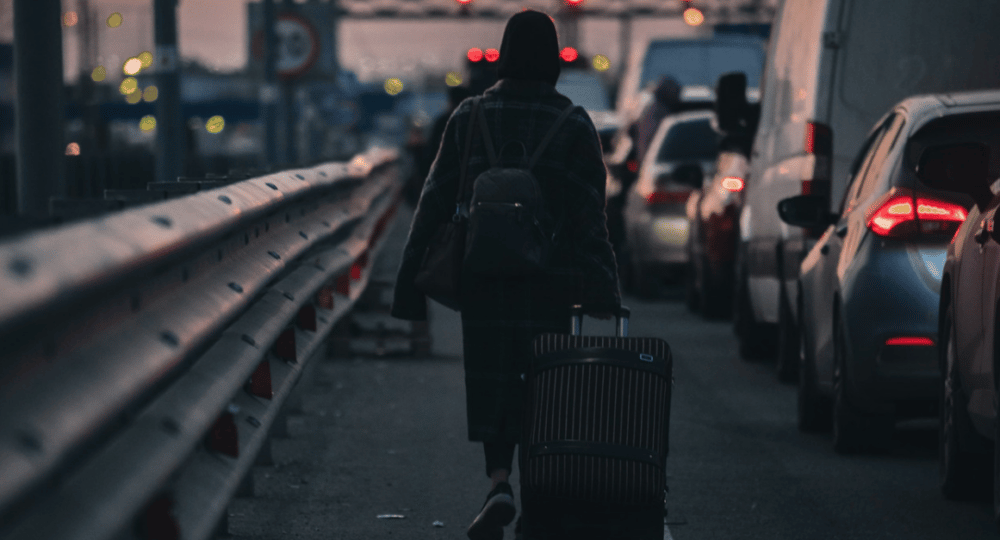 On September 21, 2022, in response to a series of setbacks in its invasion of Ukraine, Russian President Vladimir Putin televised a decree, “…I consider it necessary to conduct a partial mobilization in the Russian Federation…” Russia’s invasion of Ukraine on February 24, 2022, marked the largest military mobilization in Europe since WWII. This new escalation would affect 300,000 military reservists between the ages of 20-50.
As Putin continued his news alert, dressed in his standard black suit and maroon tie, Alexander looked in shock at his son Ivan. They stared at one another in total disbelief, realizing they both qualified for this mass conscription. Both sat on the worn couch, unable to speak as they dealt with a mixture of anger, fear, and national pride. “We can fight, hide, or flee illegally,” mumbled Alexander as he held his head in his hands and slowly shook it from side to side.

Answers Come from an Old Relationship

The name Debbie dropped into Alexander’s mind. “Ah, Debbie, the woman I met in Florida years ago. She knew a pastor in Kazakhstan,” he recollected. Smiling at Ivan, he went to find her number. When he called, she answered. After hearing his plight, Debbie contacted ANM’s ministry partner. ANM donors support Pastor Arman, his church, and his outreaches in Kazakhstan. He gladly offered the two men care and assistance to find housing and jobs.

Alexander and Ivan hastily packed and joined the hundreds of cars stretching for 20 miles heading for the 5,000-mile border with Kazakhstan. Ivan checked social media, where Russians anxiously traded information about potential crossing points. Motorcycles, bicycles, and even pedestrians pulling suitcases passed them as they waited. Alexander turned on the radio to ease the raw tensions that peaked at the slowness. It only broadcasted Soviet news, and he quickly turned it off as guilt surfaced for abandoning his homeland. Worry set in. Would Russia ever stop this hemorrhage of refugees?
Minutes turned into hours and hours into days. Where would they get food, water, and gas? The air turned cold as winter returned to the land. They took turns driving, and somehow, they inched ahead. After crossing into Kazakhstan, they jumped out of the car and danced with giddy fellow Russians. Then it was off to Almaty to meet Debbie’s friend, Pastor Arman.

At the sight of Arman in the doorway of his church, joyful relief overwhelmed them. Falling into Arman’s welcoming arms, they wept. Arman took them home, allowed them to shower, fed them a good meal, and provided them warm bedding. They slept. They stayed. Sunday came, and everyone went to church.

In 2012, Kazakhstan passed a law making it illegal to preach the Gospel outside the doors of a church building. But there is freedom inside, as Alexander and Ivan found out. Perhaps the desperate times made them think more about their own mortality. Perhaps the love of God extended by everyone touched their hearts. Perhaps the message of God’s grace stirred hope within them. Regardless, the Holy Spirit moved. His wonderful presence and power raised father and son from their seats during the altar call and they went forward and surrendered their lives to Jesus! Alexander and Ivan heard and responded to Christ’s love and truth and are eager to learn more. God opened the door for that to happen two weeks later.

As these two new Christians approached the church, they saw a large crowd waiting at the door. Russians! Forty Russian Christians found Arman’s church on the internet. They, too, had recently crossed the border and wanted to spend Sunday with like-minded people. Various church members took them in, providing them food and showers. Fifteen Russians have stayed in Almaty and regularly meet with Alexander and Ivan.