Who Are the Uyghurs and Why Should Christians Pray for Them? 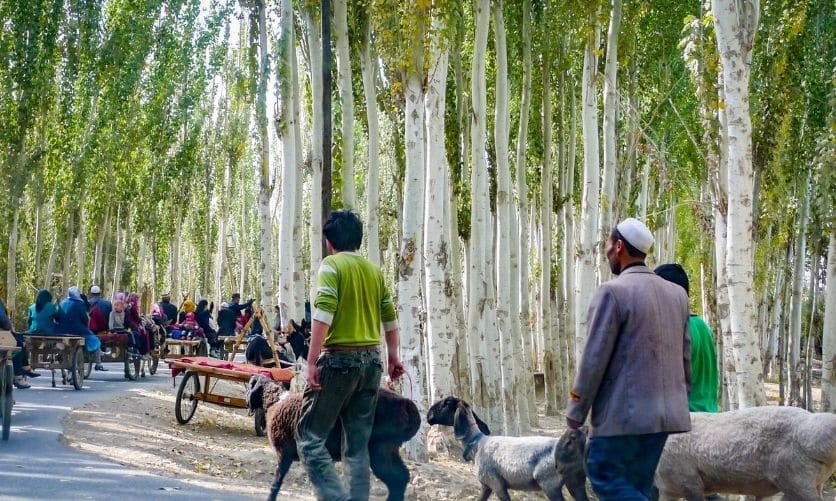 The hustle and bustle of the dining hall of the Middle Eastern hotel provided a backdrop for our conversation as Ehmet* and Nur* told us their story of migration, rejection, and calling.

They are ethnic Uyghurs (pronounced “wē-gu̇rs”) sharing the love of Jesus with refugees from Iran, Syria, and now Afghanistan. Last summer ANM International President P.R. Misra and I were attending a gathering of native Central Asian missionaries and conducting interviews with our partners in the region. Ehmet and Nur exemplify the tiny minority of Uyghur Christians. Almost all Uyghurs practice Sunni Islam and are highly resistant to the Gospel.

Though the couple grew up in Central Asia, beginning in 2002 they spent eight years as missionaries in the Uyghur homeland of northwestern China. The Xinjiang region, an autonomous territory of China, is a virtual police state:

Today over one million Uyghurs [in China] are being detained and placed in internment camps facing imprisonment, torture and brainwashing, children in orphanages are given new identities, and women are forced to marry Chinese men against their will. Uyghur leaders say the aim of these re-education centers is to wipe out Uyghur culture and say detainees are being forced “to renounce their religion, renounce their culture, renounce their identity, force them to speak Mandarin” and pledge allegiance to the Communist Party. – Joshua Project

Rising tensions between the Uyghur minority and government authorities made it increasingly difficult for Ehmet and Nur to remain in China without placing the few Uyghur believers in danger. Visas were also becoming more and more difficult for the couple to obtain.

Ehmet told us, “We didn’t want to put them in danger because they [might be] caught by security police and then questioned about us and what we are doing here. [The police] knew already because [when Nur] began a group in one village, the police [gave a young officer better surveillance technology] so that he could hear everything that was being said in the meetings. So, when I go to apply for the visa, they said, ‘We know what you’re doing here in this country. You must stop.’”

So Ehmet and Nur relocated to another country in Central Asia, where their children were born. Ehmet studied to become an attorney to advocate for Christians and churches in the region. He was successful in legally registering several churches in their new country. But their Uyghur minority status continued to make it difficult for Ehmet and Nur to be entirely accepted by the majority. Eventually, they emigrated to a large nation in the region and began to work with refugees from Iran and Syria.

Ehmet explained to us that all of his family’s difficulties and rejection by majority people groups only served to clarify God’s call on their lives: “[W]hen you feel the calling from God, you obey your [calling], whatever the problems and challenges. So we came to this country, and we felt this is the place where God called us.”

Ehmet and Nur have now been granted permanent resident visas to remain in their adopted country. These visas allow them greater freedom and extensive opportunities to minister to refugees with the love of Jesus. The couple’s children may now become citizens of their new home country.

The Uyghurs in China are an unreached people group of almost 12 million people. Only one tenth of 1% of their population follows Jesus. That percentage is even lower among almost one half million Uyghurs in Central Asia. Please pray for Ehmet and Nur, their children, and their ministry to refugees in that region. Pray for the Uyghur people in their suffering that they may come to understand they have a heavenly Father who loves and cares for them and a Savior who died and was resurrected for their salvation.