Who Are the Rohingya? 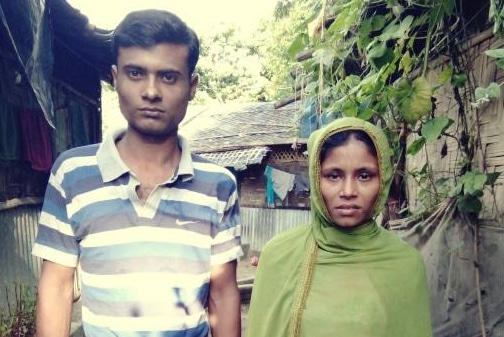 You’ve probably heard about a group of people called the Rohingya in the past year. They have been named the most persecuted minority group in the world, and they are regularly in the news, but who are they?

The Rohingya are a Muslim tribal group who have lived in Rakhine State in Buddhist Myanmar (previously Burma) for centuries. They became Muslims in the eighth century, converted by Arab seamen sailing through the Bay of Bengal.

Discrimination against this Muslim minority started generations ago, but in 1962 the Rohingya were stripped of political representation and rights. The Burmese government believed the Rohingya lived in their country illegally, so in 1978 the authorities launched a violent operation to root out people who lived in Burma illegally. More than 250,000 Rohingya left the country, but pressure from the international community forced Myanmar to take them back. Less than three years later the government passed the 1982 Citizen Act, which denied citizenship to the Rohingya. The new law based citizenship on “national races,” defined by the state as groups that settled in Burma prior to 1824 (the date of the first occupation by the British). This excluded certain ethnic groups, most notably the Rohingya.

As non-citizens, the Rohingya have endured restrictions on movement, marriage, and even family size, as well as limited access to healthcare, education, and employment. The government also arbitrarily seized their lands.

Through the years, riots broke out between Muslim Rohingyas and Myanmar’s Buddhist communities, sending waves of Rohingya refugees into Bangladesh and other nearby countries. Outbreaks of violence in 2012 and 2016 pushed thousands into refugee camps. Then in August 2017 one of the most rapid mass exoduses in modern history began.

It started on August 25, when agitated Rohingya mobs attacked some police posts in Myanmar and killed 12 members of the security force. The Rohingyas claim that government troops and Rakhine Buddhists were conducting a brutal campaign to get rid of them. The police deaths led to a military crackdown—security forces and mobs burned villages, raped women, and killed civilians. The United Nations called it a “textbook example of ethnic cleansing.” One newspaper headline read, “Myanmar’s Killing Fields.”

A young refugee woman shared, “A soldier grabbed me by the hand and took me to a path between some trees. He stripped me naked and began to rape me. I started to scream, but then another soldier came and pointed a gun at me. They tortured or raped whoever they could catch and it was done in front of everyone.”

Fearing further violence, staggering numbers of Rohingya fled on foot or by boat across the Naf River that divides Burma and Bangladesh—more than 700,000 over the following nine months. Thousands drowned or died of disease and starvation along the way. One father cried as he whispered, “My youngest son was swallowing water. We got separated. After a while, his dead body floated up in front of me.”

Rohingya arrive with nothing

The resorts of Cox’s Bazar are famous for five-star hotels and “the longest beach in the world.” Thousands vacation here, one of the most visited tourist destinations in the region. Just a few miles away lies the largest Rohingya refugee camp in Bangladesh. 1.3 million people live in homes of mud, sticks, and canvas in the six camps of southern Bangladesh. The UN describes it as “the fastest growing refugee emergency now in existence.”

The Rohingya arrived with nothing and needed everything. They were exhausted, hungry, and sick. Refugee camps in Bangladesh already housed thousands of refugees who left the violent outbreaks of 2012 and 2016, and these camps have now swollen beyond imagination. The Rohingya people live in abject squalor and poverty, without country or citizenship, unwanted and forgotten. UNICEF reports that 60 babies a day take their first breath in appalling conditions to mothers who survived displacement, violence, trauma, and often rape.

Bangladesh’s monsoon and cyclone season, most serious between March and July, poses an “emergency within an emergency” as the refugee camps lie on sloped, barren land which will likely be affected by floods and landslides. This will wipe out flimsy homes, washrooms, latrines and tube wells.

Local Bangladeshi ministries have stepped up to receive and help the Rohingya since the first refugees arrived in 2012. Look on our blog for more of their stories in the coming days, and join us in prayer for this unwanted people.