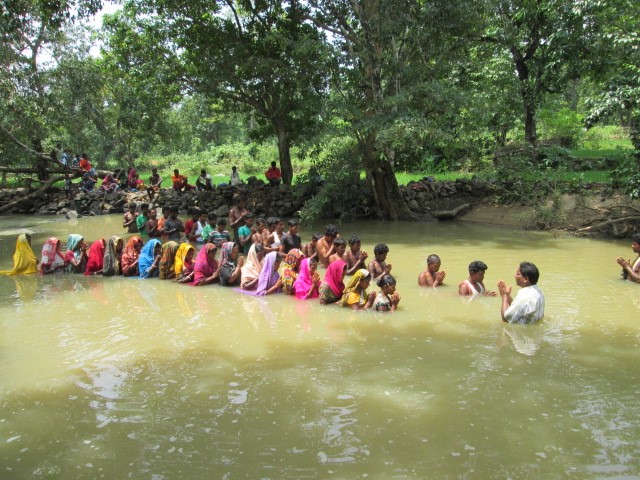 If you’d like to know a little more about the way missions organizations track progress in global missions, read on.

Here are some brief definitions:

People group: Basically, a people group is a population sharing a language and culture. Joshua Project, a missions research organization, counts just over 17,000 people groups in the world today. (Read “Why Do We Talk about People Groups?”)

Unreached: A people group is unreached when less than 2% of the population follows Jesus. Essentially that means that the local church isn’t yet able to multiply itself and lead the evangelization of the rest of the people group. There are about 7,000 unreached people groups in the world. (Read “What Are Unreached People Groups?”)

Unengaged: Rick Warren, pastor of Saddleback Church, describes an unengaged people group as one with “no believer, no Bible, and no body of Christ.” In other words, there’s no church presence. (Read “Rick Warren on Missions at Finishing the Task 2018.”)

So, to put it all together, an unengaged unreached people group (UUPG), is a group with shared language and culture that has no reproducing local church AND nobody is yet trying to establish a church among them.

Finishing the Task aims to identify and then engage each of these UUPGs. That leads us to two more key words:

Adoption: Dusty Hoffman of Cru defines adoption of an unengaged people group this way: “A UUPG is adopted when someone raises their hand and says ‘Yes! We will commit to sending workers to a UUPG within the next 2 years.’”

And that’s engagement. Again, Hoffman defines it for us: “When a UUPG gets the workers, when the workers are living among the people group and have begun their evangelism and church planting efforts—that’s when a UUPG becomes engaged.”

What is the progress on UUPGs?

A high point at each Finishing the Task Conference is the distribution of The List, which names the world’s remaining UUPGs. This year the number is 343, down from 1,600 a few years ago. We’re hoping and praying for that number to get to zero. That means every people group will have a Christian working among them full-time to establish thriving local churches.

Through ANM, American believers are currently part of engaging 59 UUPGs and reaching more than 650 unreached people groups. You are helping to finish the task.

Finishing the task of engaging every people group isn’t really the final goal, though. “Finishing the task is the beginning of the end,” said Jimmy Siebert, leader of Antioch Community Church in Waco, Texas. The Great Commission isn’t just to deliver a message to every nation; it’s to establish a church and make disciples in every nation.

And that brings new life to the world and glory to God. Thank you for praying.