The Most Important Verses in the Bible 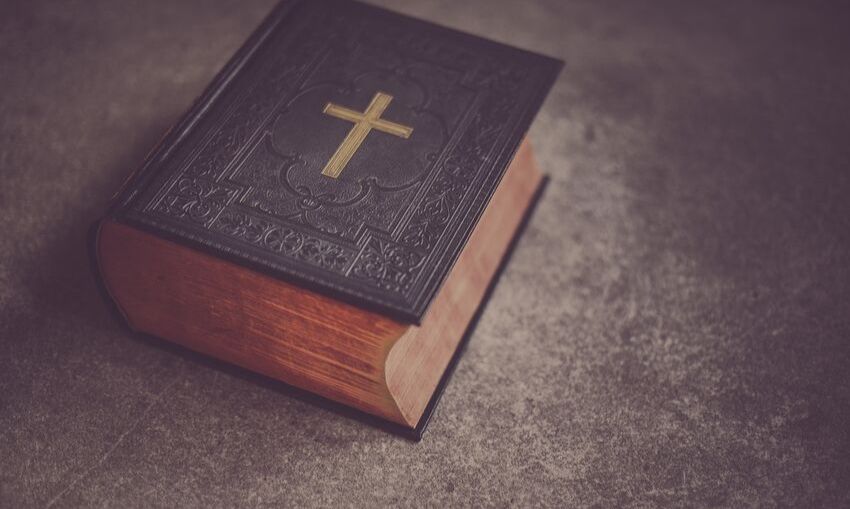 What are the most important verses in the Bible? Every person who reads it may come away with a different answer, but some passages of scripture certainly act as “keys” of sorts: they help us understand the meaning of the biblical narrative as a whole.

When it comes to missions, Christians often point to the Great Commission in Matthew 28. Without a doubt, that is one of the most significant passages in the Bible. But I want to point you to three verses that come much, much earlier — all the way back in Genesis, the first book of the Bible.

Three of the most important verses in the Bible

The Bible opens with creation, and then immediately afterward we have nine chapters of the disaster that human beings have made out of the earth. Nine chapters, from Genesis 3–11, where everything goes wrong.

At this point God steps onto the stage, and we get one of the most important passages in all of scripture — arguably the most important: Genesis 12:1–3. It provides the absolute platform and foundation for everything else that happens in scripture.

It’s kind of like an hourglass: God focuses down on Abraham. And through this one person and this one family and his generations, God promises to bless every family of every nation on earth.

The Lord said to Abraham, “Go from your country, your people and your father’s household to the land I will show you. I will make you into a great nation, and I will bless you; I will make your name great, and you will be a blessing. I will bless those who bless you, and whoever curses you I will curse; and all peoples on earth will be blessed through you.”

All the families of the earth shall be blessed. These three verses create the foundation that explains what God is going to do and how God is going to do it. And as you go all the way through the Old Testament and get into the New Testament, you see Jesus fulfilling this promise. Because the greatest blessing to come from Abraham is Jesus. That’s the ultimate blessing that God seeks to bring into the world.

The apostle Paul points to Genesis 12

No one less than the apostle Paul equates the blessing of the nations with the gospel. Galatians 3:7–9 shows us that this story of Abraham is directly related to the gospel. Paul writes,

Understand, then, that those who have faith are children of Abraham. Scripture foresaw that God would justify the Gentiles by faith, and announced the gospel in advance to Abraham: “All nations will be blessed through you.” So those who rely on faith are blessed along with Abraham, the man of faith.

Both in the Old Testament and in the New Testament, when you see the words “Gentiles,” ” nations,” or “heathen” in some older translations, those are all the same words: all the other peoples on earth other than the Jewish people.

The important thing here in this passage is that the apostle Paul says that the blessing of the nations is the gospel. When the gospel is preached and people from all nations believe in Jesus the Messiah, that is the fulfillment of God’s promise to Abraham.

We probably wouldn’t put it this way. Most of us as Americans would not say that the blessing of the nations with the knowledge of Jesus is necessarily what the gospel is. But that’s what Paul said, because that’s what God said. The gospel was preached beforehand to Abraham. So when Abraham received the call of God to go and be a blessing to all the families on earth, that was, in essence, the foundation for the gospel. That’s why it’s one of the most important verses in all of scripture.

Revelation looks back to Genesis 12

When God makes a promise, God will fulfill that promise. And even our failures — the failures of the people of God in the Old Testament, in the New Testament, and throughout the history of the church — all of those many failures cannot keep God from fulfilling His promises.

And when we look all the way to Revelation 7:9–10, where it says John looks and sees this multitude that cannot be numbered, who are they? They are representatives from every people, every tongue, every tribe. It’s the fulfillment of Genesis 12. John sees it.

John, a Jew, would have grown up knowing the promise of God to Abraham. It would have been ingrained in him. He would have known it, believed it, and understood it as part of his central and core identity.

All over the world today, in places as varied as the Philippines, West Africa, Israel, and South Asia,  God is keeping His promise to Abraham.

Imagine the picture in Revelation 7:9–10 of all the nations worshiping, and not one is left out. Not one. Imagine when that happens, God turning to Abraham and saying, “See, I keep my promises. I have worked for this entire history of the world to fulfill and keep my promise to Abraham.”