In Search of the Light: the Story of Artist-Missionaries Hari and Penka Atanasov 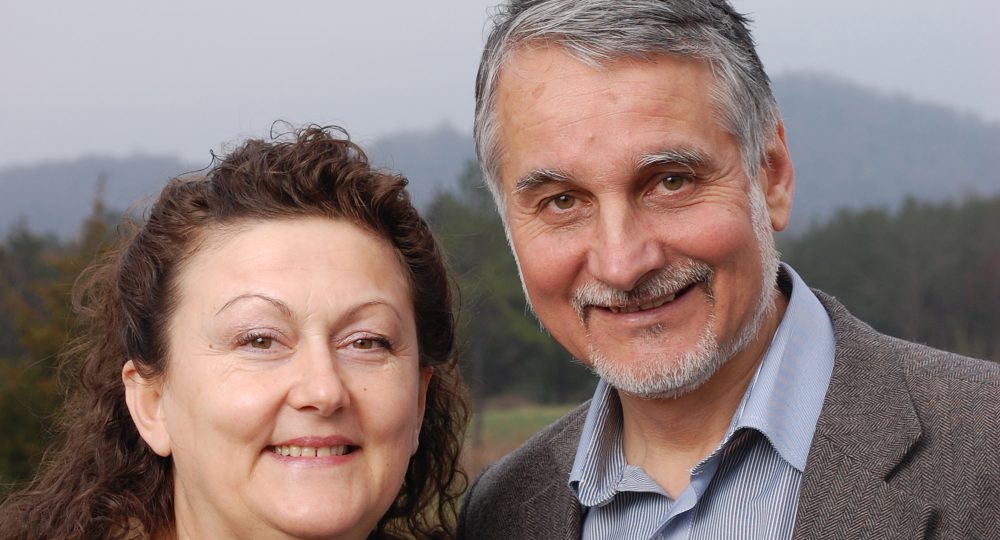 The canvas was called “Morning in Gethsemane.” After a night of agony, Jesus’ surrender to the Father’s will was illuminated by a light extending from heaven to earth. A Turkish lady from the Bulgarian parliament approached Hari and Penka Atanasov to express how this painting had touched her life.

The painting was one of 68 by Hari and Penka adorning the walls of the Art House in Kardzhali, Bulgaria, in 2017. It was the first day of a month-long exhibition of Hari and Penka’s works. Joy—at the thought that their art had touched lives, at the sense of culmination of a life’s work—overwhelmed them. It was also Hari’s 60th birthday. His mother and his baby brother sat in the audience with his brother’s two children.

The Bulgarian National Watercolor Society recognized the Atanasov’s expertise, which has been displayed in galleries and public spaces all over Bulgaria, and elsewhere in Europe, Indonesia, and New Zealand. The Bulgarian embassy in Washington, D.C., wants to host an Atanasov display in their building. Nikolay Ivanov of the Bulgarian Bible League praised Hari and Penka for their stunning illustrations in the first illustrated family Bible in modern Bulgarian. An Atanasov-illustrated children’s Bible is included in the back of this Bible. During the exhibition opening, local and national radio stations interviewed Hari and Penka at this event, and local newspapers printed extended portions of their testimonies without revision. 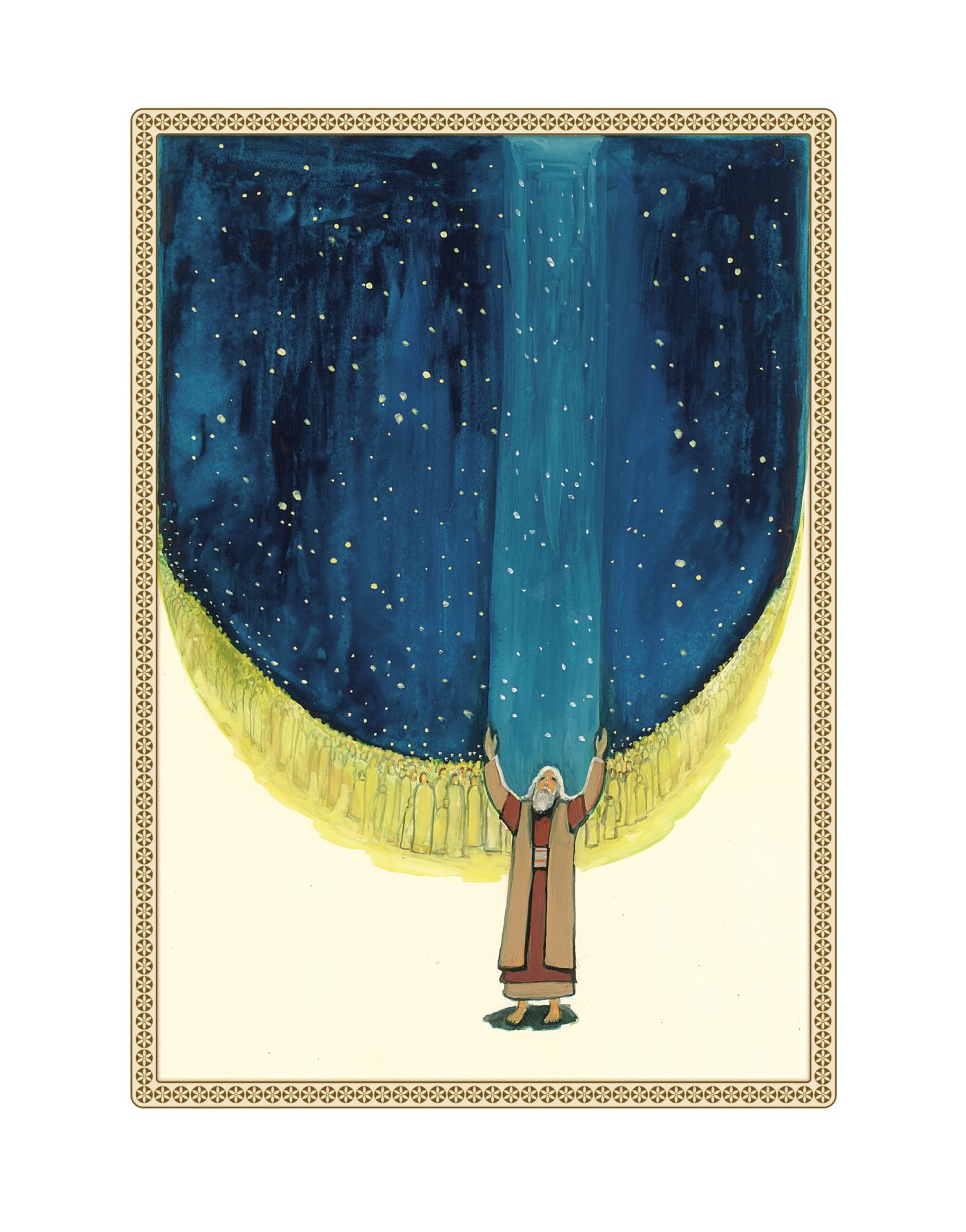 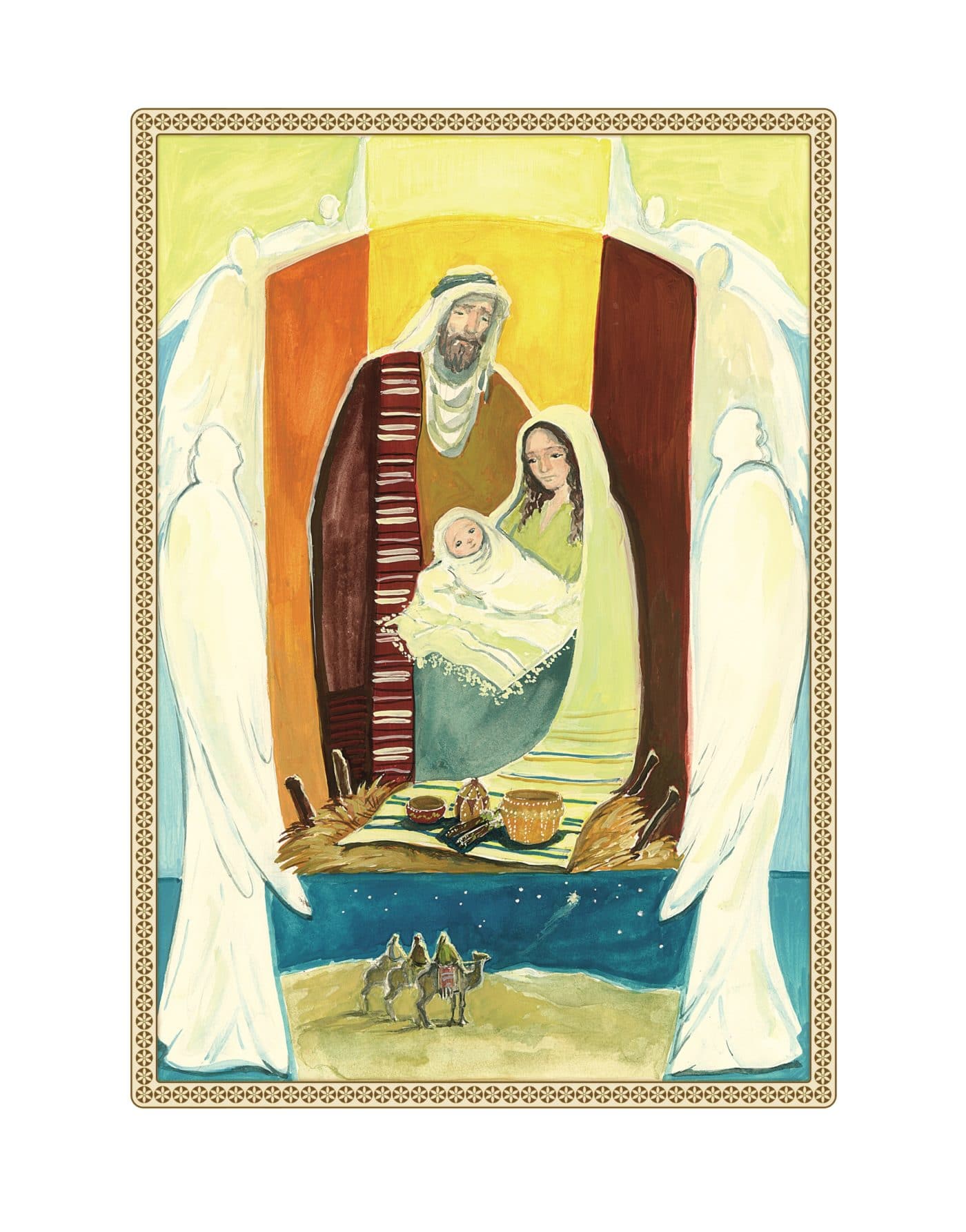 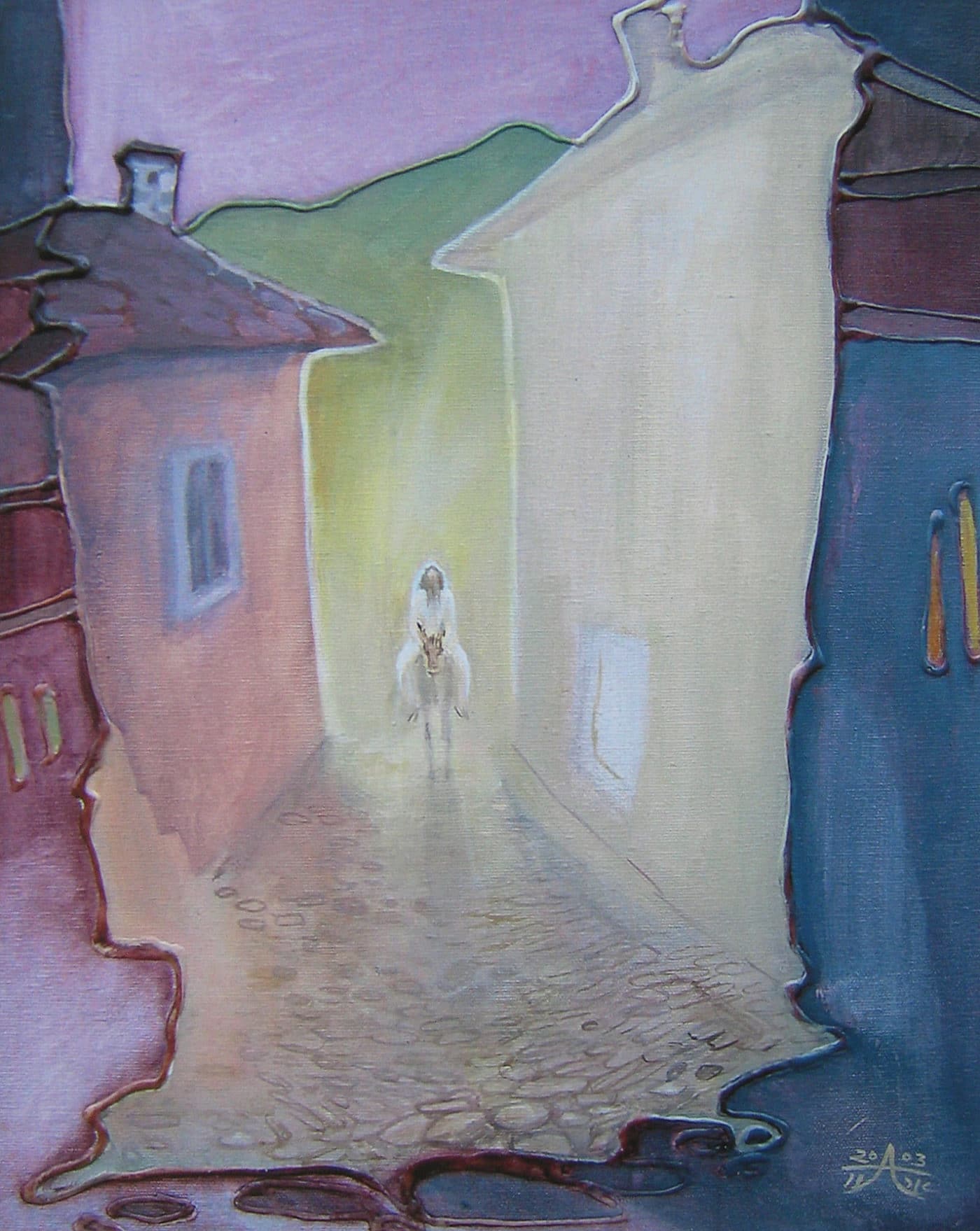 “The exhibition was called ‘In Search of the Light,’” Hari explained, beaming. “[It] gave us a great opportunity to talk about the light of Jesus in us and how we are searching for ways to share it with people through our art and lives. We saw how the government and the people appreciated not only our art, but [we] who serve God in our community. It was the first time that our art and ministry were recognized together.”

How did this all begin?

Hari met Penka while they both were in art school. They were married, and they each taught art professionally in high school. Hari accepted Christ as Lord and Savior in 1988 when Bulgaia was still under communism. He began preaching in a small underground house church in Kardzhali where he later became the pastor.

Kardzhali is in southeast Bulgaria in the Eastern Rhodope Mountains. Today this region is home to more than 200,000 Turkish and Muslim people. Surrounding Kardzhali are some 500 villages and six small towns where 70% of the population is Muslim. Altogether, one million Muslims live in Bulgaria.

Hari and Penka’s dream was to spread the Gospel to these Muslims and Bulgarian Turks through their art. However, after Hari became a Christian, an influential woman in the church told him, “Now that you are a Christian, you must leave your art behind. It is from the devil and will make you proud.” For two years, Hari anguished over how to be a Christian and an artist.

A woman in America named Esther Augsburger was having the same struggle. When her youngest son entered the fifth grade, she wanted to pursue her life-long love of art (especially sculpture). Her husband was President of Eastern Mennonite University (EMU) in Harrisonburg, Virginia, but since the Mennonite Church did not encourage artists, EMU didn’t offer a major in art. So she majored in music at EMU, but began taking classes in art at nearby James Madison University (JMU). She later got her Master of Arts from JMU with a concentration in sculpture.

Esther’s husband took another job in Washington, D.C., where Esther began interacting with other artists. Many had turned their back on the church.  Esther began a support group for artists so they could discuss what it means to be a Christian and an artist. Since this was liberating to so many, she organized conferences for Christian artists, first in Indonesia and then in other countries in Asia. This led to similar conferences in Eastern Europe.

Curious, Hari traveled to one of Esther’s conferences in Vienna. He was encouraged when he met other pastors staying in the same hotel who were also going to this event, but when Hari walked into the conference hall and saw what was hanging on the walls, he could hardly breathe.

He walked from one masterpiece to another, taking in the beautiful displays of the life of Jesus and other spiritual themes. For Hari, they conveyed the love of his heavenly Father in an profoundly personal way. Tears dripped onto his shirt as his soul was refreshed. Hari walked and prayed. He gazed and cried. When Esther approached him, he couldn’t talk. Overwhelmed by emotional release and relief, Hari felt confirmation that his art mattered and experienced a new sense of belonging. It was then that God spoke to his heart: “Do not throw your art away. Give it to me, and I will use it.” When Hari returned home and told Penka about the experience, they together surrendered their talent to their Savior.

Hari began integrating art into his pastoral ministry. He designed and built a church, decorating the inside with artwork. On Sundays, as Hari drove the church bus and picked up widows who couldn’t afford bus fare, he was thrilled to bring them into this space displaying the beauty of the Lord. 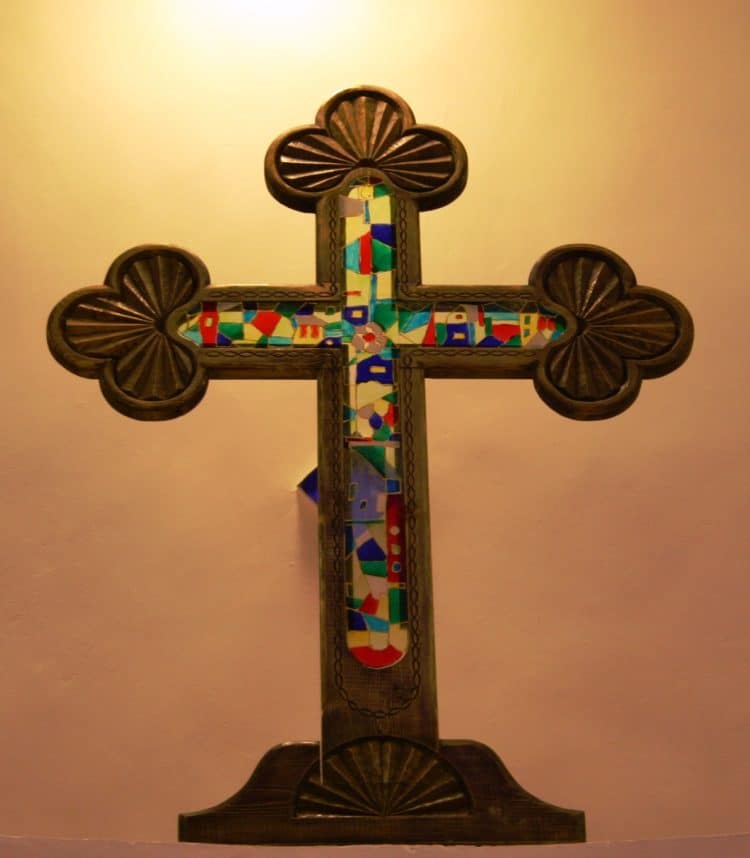 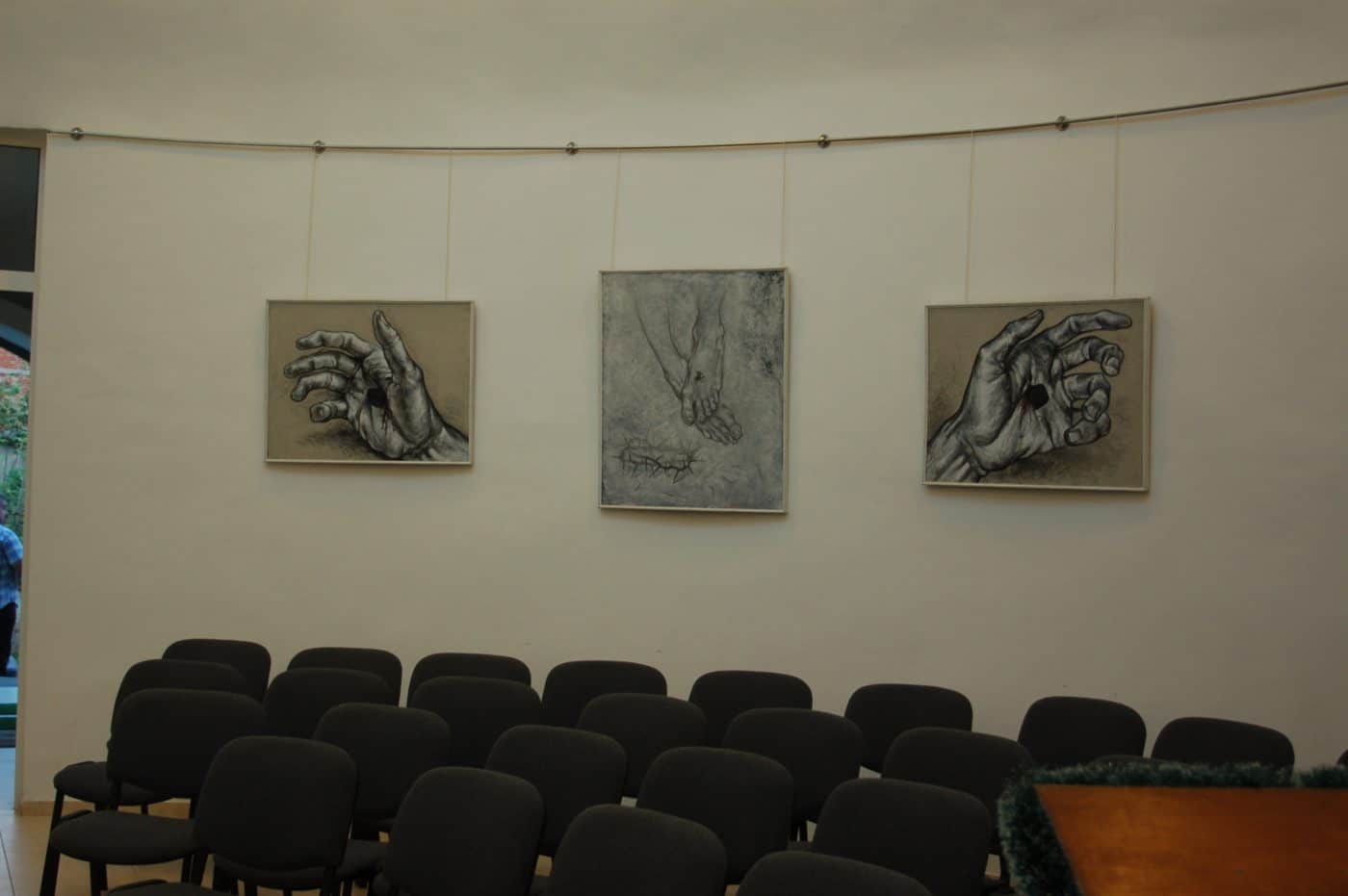 Part of Hari’s routine was to trekked through the Rhodope Mountains to share the gospel with Muslims and Bulgarian Turks. As he found welcoming homes, he would gather the villagers ther for a time of sharing. After several families gave their hearts to Jesus he would return to encourage and instruct them using a program called Training for Trainers (T4T). T4T was developed by an Asian-American missionary and has been translated into multiple languages. It instructs believers how to multiply their faith and plant churches by sharing the Gospel with friends, family members, and neighbors. It has been used worldwide and has become one of the most dynamic church planting movements in the world. Hari trains about 30 groups in T4T every year.

Hari wondered, “Lord, I know you can use our art to bring glory to your name, but how?”

Since rural village children typically have little to do in the summers, Hari and Penka developed a biblical art camp model. In 2008 they approached a village leader in a Muslim village and asked permission to do launch a camp in his village. He agreed, and the camp proceeded. Hari and Penka taught basic art concepts like shading. They told the children a Bible story, which became the theme of the children’s art project for the day. They provided good brushes and high-quality paints and paper. Hari and Penka also distributed Christian literature and offered prayer. Excited kids returned home, shared what they learned, and explained the story behind their art piece. Hari followed up with the adults, leading some into T4T training.

By 2012, art camps and other outreaches had helped Hari and Penka begin Christ-worshipping groups in 20 of the villages around Kardzhali. They are still expanding.

Hari says, “God is doing everything. We are just his assistants. He is not looking for great genius, but for people who are faithful to him.”