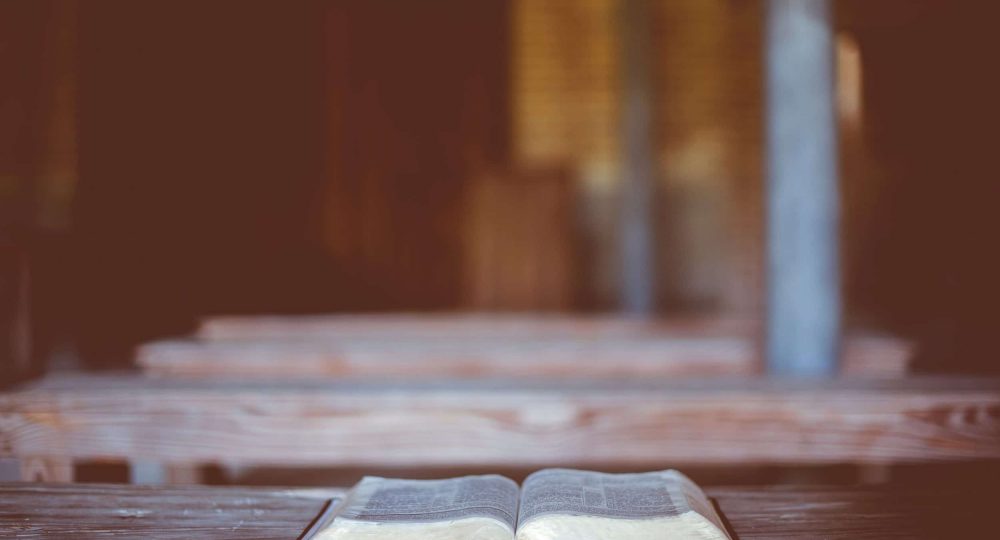 What if the only authorized version of the Bible in English looked like this? Could you read and understand it?

This is the Lord’s Prayer (Matt 6:9–14) in Old English, the language spoken in England in the 11th century AD. I must confess that when I first looked at this passage all I recognized was and forgif ūs ūre gyltas  (“and forgive us our debts”). This might help us imagine what it must be like for Israelis who wish to read the Hebrew Bible (the Christian Old Testament) for themselves. Orthodox Judaism recognizes only the ancient Masoretic Text as authoritative scripture. This text, which dates from as early 500 BC, is named for a group of Jews known as the Masoretes, who did the primary copying, editing, and distribution of the text between the 7th and 10th centuries.

You might be asking yourself, “Aren’t there any modern versions of the Hebrew Bible?” Yes, there are, but they are not considered authoritative scripture in Israel. Worse yet, such versions are almost always condemned as “altered,” or “Christianized” for the purpose of proselytization. So reading a Christianized version of the Old Testament is considered an act of disloyalty to God and to Jewish identity. Interpretation from such a version is dead on arrival with Rabbinical authorities.

While preparing to write this blog post, I spoke at length with Paul Robbins, ANM’s Israel Regional Director, himself a Jewish follower of Jesus. Paul has taken many American Christians to Israel on ANM advocacy tours so that they may walk in the footsteps of Jesus and meet our friends in the region. Paul helped me begin to understand just how politically and religiously complex modern Israel is.

Less than half of all Israelis adhere to Jewish religious practice. In fact, a 2015 Gallup poll showed that 65 percent of Israelis are either “not religious” or “convinced atheists.” Yet Orthodox Judaism exercises tremendous influence in the lives of modern Israelis. Both secular and religious politicians regularly quote from the Hebrew Bible. Authorized Bibles are given to all new recruits entering Israeli Defence Force military service. Unfortunately, the typical young Israeli from a secular school would have a difficult time reading this Bible. Students in religious schools are taught how to read the ancient Hebrew of the authorized text, but that does not mean that they actually understand what they are reading. To make sense of the ancient text, most students have to refer to the long history of Rabbinical commentary (the Talmud), which may offer very different and sometimes contradictory interpretations.

A new Hebrew Bible with explanatory notes is nearing publication by an ANM ministry partner in the region. This new version will provide Israelis with an academically rigorous yet thoroughly biblical study aid using the authorized text recognized within Rabbinic Judaism. Unfortunately, Messianic texts pointing to the coming of Jesus the Messiah are often obscured by both the ancient language and the existing commentaries. The new version seeks to more fully reveal Jesus as the Messiah through the use of comprehensive explanatory notes.

According to our partner in the region, “This is the first Hebrew Bible ever produced with the meaning of difficult words explained at the bottom of each page. You see, all current Hebrew Bibles use the old Masoretic text that is very difficult for ALL Israelis to understand! This Bible will enable Hebrew speakers to understand their own Bible and have real access to the scriptures. How much more this is true of the many new immigrants that compose Israeli society.”

Again, think of the Lord’s Prayer in Old English at the beginning of the article. How many of us would take the time to learn those ancient words so that we could read it? Wouldn’t it be easier to simply accept what others say about it rather than grappling with its truths for ourselves?

Before Martin Luther challenged the religious authorities and practices of his day in Europe 500 years ago, reading scripture for oneself was largely a privilege of the well educated, who could read Latin. The church believed it was dangerous for lay Christians to attempt to personally read and interpret the Bible. Luther translated the Bible into German because he believed that every German should be able to search the scriptures, discuss what they say, and enter more fully and deeply into the spiritual life of their churches, families, and communities. In the 500 years since the Reformation, Christians have championed Bibles that can be read by everyday people in every culture.

Our friends in Israel are likewise dedicated to bringing the Word of God to the Israeli people, native speakers and immigrants alike. The new Hebrew Bible with explanatory notes is only one of many projects and initiatives designed by our ministry partners to provide greater biblical access and understanding to all Israelis. ANM joins our ministry partners in the region in praying that this new Hebrew Bible will make inroads into the highly insular world of academic Orthodox Judaism, and from there into the everyday lives of all Israelis.