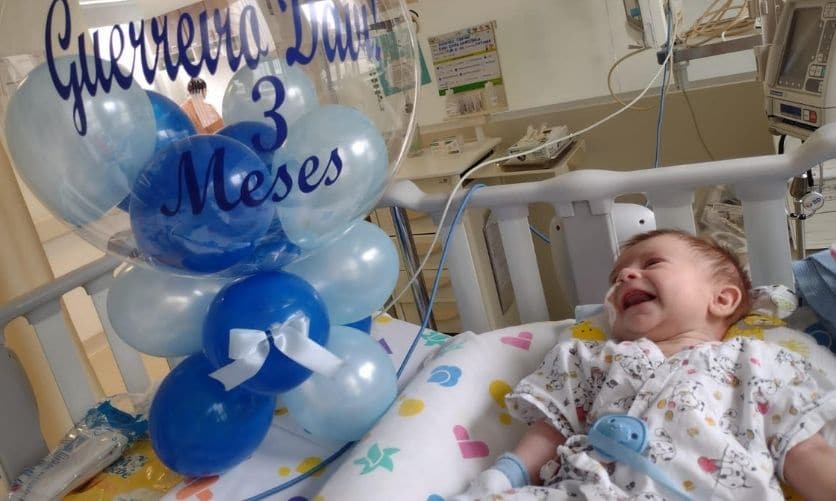 Alfredo and Tatiana and their three children minister among the unreached in the vast Amazon jungle of Brazil. When COVID-19 invaded the world, they returned to their headquarters in the country’s capital city, where Tatiana became pregnant. Three months later, they were given the green light to return to the village to continue their work and encouragement among the tribals. Shortly before the baby’s due date, they again returned to base to give birth. Awaiting the results of the last ultrasound in the doctor’s office, they excitedly wondered what their fourth child, a boy they’d named David, would be like.

When the obstetrician walked into the room holding the ultrasound report, the atmosphere turned suddenly sober. He looked at the loving pair and bravely said, “Your baby has only half of his heart. The left side that normally pumps blood throughout the body has not developed. He is safe and secure in the womb, but upon birth, some structures in his heart will close. He will need open-heart surgery only days after delivery. Then, weeks later, another surgery needs to be performed, followed by a third. These procedures are highly complex, and you must go to a reputable hospital immediately.”

Shock, fear, and emotional numbness, as well as guilt and downright grief, gripped the couple. Though they had faced many dangers during their seven years in the jungle, nothing prepared them for this devastating news. After releasing their tearful emotions in one another’s arms, they poured forth prayers for their unborn son. “Jesus, you are the One who has formed David’s body, and You are the One we will lean on. Please help all of us! You are our solid Rock, our Anchor, and we choose to rest in Your unchanging grace. Thank you for counting us worthy and entrusting us with this challenge.”

Their human frailty fought against their faith, so they asked others to join them in prayer, including ANM. While making life-changing decisions, they hung onto Psalm 62:5-6: “My soul, wait silently for God alone, for my expectation is from Him. He only is my Rock and my salvation; He is my defense; I shall not be moved.”

Hanging onto their Rock, Jesus, they thanked Him for revealing the problem and allowing time to travel to the right hospital. As they stood on His Word and promises, God provided the family with a free, three-bedroom furnished apartment only 20 minutes from the medical center. They discovered their health plan covered all needed medical and hospital expenses, and grandparents volunteered to help tend the older children.

Tatiana gave birth naturally on February 28, and David faced his first “giant.” He emerged victorious! The doctor commented on how well the operation went and said he felt something special happening in that room. However, nothing prepared Tatiana and Alfredo to see a pale David in the ICU with multiple tubes protruding from his tiny body and a wide-open chest. Then his vital signs began to deteriorate.

More fear, calling out to God, and urgent prayer requests. Alfredo and Tatiana soon experienced the Lord supernaturally touching them and their son. Even the doctor on duty that night concluded it was prayers and the mighty, powerful hand of God that brought David through the crisis.

Months passed, the older children visited their new brother, and Tatiana encouraged other moms in the ICU lobby while they all waited. David gained weight, smiled, and the parents happily held him. Long, uncertain days strung together as the family fought against an enemy who whispered terrible outcomes and told them God didn’t love them. They knew the truth, but they became weary from the battle.

Trusting God for every minute of every day became a reality. It wasn’t as easy as they had hoped, but their Anchor held. Through the countless tests, they fed themselves on Scripture. Then the doctors said David was ready for his second surgery.

“Therefore do not worry about tomorrow, for tomorrow will worry about its own things. Sufficient for the day is its own trouble.” – Matthew 6:34

The tomorrow they had dreaded came, and they fought against intense anxiety. Alfredo said to his family, “We need to give our little miracle to God for a second operation.”

Holding on to Jesus and each other, they endured the waiting. In this procedure, it was necessary to stop David’s heart and hook him up to a machine. The surgeons made new paths for his circulatory system. There was no room for error! After the surgery, one doctor shared that she had to leave the operating room to shed tears when David came in because of the intensity of God’s presence.

Confident that God controlled the situation, they still prayed against common superbugs and dangerous microorganisms in the ICU. “God, please cover David’s body with your holy armor,” people prayed. God answered that prayer, and David had no infections.

The doctors then ordered an ultrasound. It revealed their surgical corrections worked perfectly! Praise God! Over the days that followed, David learned to suck from a bottle, his bodily functions resumed, and a nurse removed his chest drains.

At 10:00 pm on July 7, David moved from the ICU to pediatrics! Another doctor proclaimed she believes David has a critical mission here on earth. Alfredo and Tatiana now believe that, too.

David’s long hospital ordeal ended on July 21. His family welcomed him home, and they sent ANM a video that showed everyone’s joy and thanked us for praying. David’s little sister couldn’t stop pinching his cheeks. 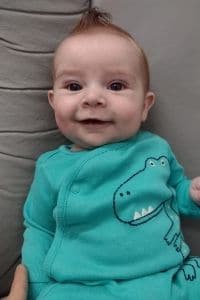 Alfredo and Tatiana didn’t lose faith through this harrowing experience. Another ANM missionary once said, “Without a test, there is no testimony.” They passed this test and definitely have a testimony.

Alfredo and Tatiana intend to remain faithful to their call to the unreached tribes in the jungle. They plan to return when the doctors give David the final go-ahead. Together they say, “We look forward to little David serving the Lord with us in ministering to our precious indigenous brothers and sisters.”

The ministry Alfredo and Tatiana work under knows their hearts and values their gifts. They also understand the risk of returning to the jungle where medical care is nearly non-existent.  Thus, recently, the organization has offered this special family another temporary job as teachers in northern Brazil. It is close to the largest cardiac hospital in the region. For three years, or until David’s next surgery and recovery, Alfredo and Tatiana will equip and invite Bible students to minister among unreached indigenous peoples. Their plans then are to return to their beloved jungle village.

Would you like to join in praying for David and this precious missionary family? Go here for inspiration and free prayer resources.