How a Filipino Missionary Helped a Forgotten Tribe 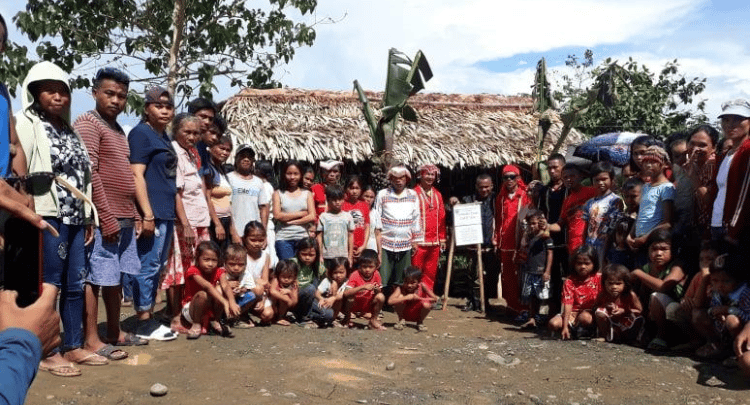 Burning branches dropped to the jungle floor, igniting dry brush. The rising smoke caused the bees to vacate the hive, but they swarmed the man who clung to the trunk of the tree. He waved a handheld torch to keep them at a distance. After the man was stung multiple times, the last bee flew away and the flames were extinguished. This Manobo bee-hunter collected the honey and returned to his village with the needed golden nectar.

This same man sat hidden in the dark along the creek bank. Blossoms covered the nearby trees, and as the sun rose, the bees made their way to the flowers. The tribesman caught one bee and tied a fluff of cotton onto its body. It returned to its hive and as he approached a chorus of fellow bees greeted him, showing the hunter the location of the hive.

Subsistence for the Manobo tribe consists mainly of fishing, trapping, and hunting, including bee hunting. An influx of settlers, logging companies, corporate plantations, ranchers, and military operations have reduced the forest cover, making everyday existence even more difficult. Outsiders came to take resources, plunging the people further into destitution. A deep-rooted distrust of others had taken hold.

Filipino police officer sees the needs of a forgotten tribe

Jonathan, a Filipino police officer, listened as an ANM missionary shared about their first visit among the Manobo people of San Luis, Agusan Del Sur, Philippines. The account of filth, flimsy homes, unkempt children, and no knowledge of farming pierced Jonathan’s heart. These Manobo people needed help, and they needed Jesus. He truly felt God leading him to be part of the answer.

Jonathan eagerly joined the next mission trip to establish a relationship with the Manobo. Because of generous ANM donors, the mission team took food, medicines, clothes, sandals, and toys for the children. During the six-hour journey, he prayed that he would be obedient to what God showed him to do. Jonathan wept when he saw their faces and understood how much the Lord loved them. He returned home totally committed to bringing health and salvation to this tribe.

Bringing practical help to the tribe

Jonathan arranged with his boss at the police station to serve among this tribe’s people periodically. Returning now as a missionary with a native ministry, he brought corn and vegetable seed, plus some seedlings of coconuts and bananas. He wanted to help develop the extensive land owned by the tribals that had been passed down to them from their ancestors. Hesitant villagers watched from a distance and carried on their normal way of life. All of this was new to them. They had never engaged in any kind of farming other than planting sweet potatoes for their subsistence. Jonathan visited, slept among them, and shared the Gospel. At harvest time, Jonathan invited the community to eat and enjoy the produce. He arranged for a businessman to buy the extra produce and take it to market. When Jonathan brought the proceeds back to the tribal leaders, they realized he truly was there to help. From then on, willing souls walked beside him and learned how to farm and listened intently to what he had to share about Jesus.

Carefully, Jonathan selected sturdy trees among the forested area and with his own chainsaw, cut them into usable boards. As of last year, 15 rickety homes have been replaced with stronger wooden structures. As a gesture of appreciation, the chieftain ordained Jonathan as a tribal leader, naming him Datu Makasangga (leader who is helpful to lift up their conditions). Five tribal leaders from five other tribes attended Jonathan’s ordination. Love and care made a way.

Jonathan’s physical and spiritual impact in this neglected area earned the tribe respect from the local government and the Philippine Army. The regional battalion commander is a Christian and helps support the work through his local church.

Lives are being changed in Jesus’ name

Because Jonathan still has his responsibilities at the police station, ANM’s native partner assigned a full-time pastor to live in the community. Jonathan continues his weekly visits and helps however he can. Lives are being saved and believers are being grounded in their new-found faith. Today, 40 families gather to worship. Thanks to ANM donors, a motorcycle has been purchased, and a church building is under construction.

God moved the heart of one man to transform a forgotten tribe in the mountainous jungles of the Philippines. Jonathan surrendered. Jonathan obeyed. The native ministry supported by ANM donors came alongside him, and together we see the kingdom expanding one tribe at a time.