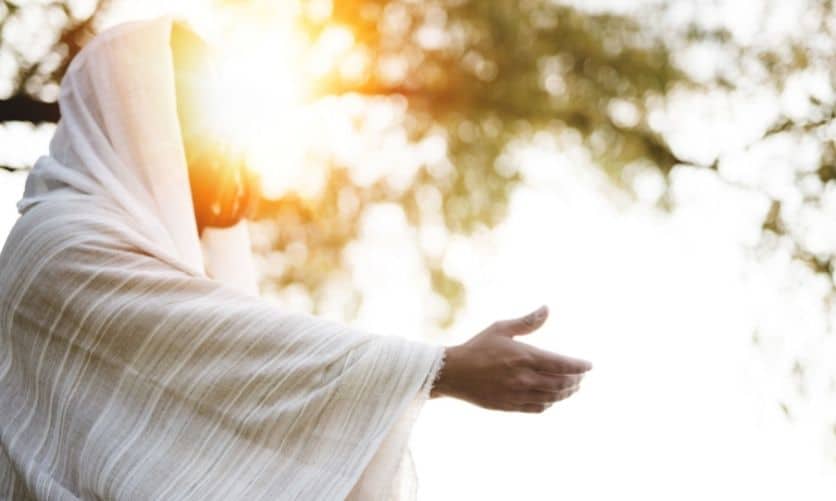 The smell of urine and infection filled Raahi’s* nostrils as he walked to his home after work. For over a month, a filthy man slumped against a building on the corner. Raahi noticed he crawled around on his hands and knees, but he never got close enough to see the man’s black claws that posed as fingernails.  Other passers-by made wide detours to avoid this pathetic male’s stench and his matted beard and hair. Ignored, he lay in his grey-brown clothes spotted with blood from oozing ulcers. Gaping holes revealed mere bones covered by skin.

Raahi lived in a Muslim city in Egypt, but he believed in Jesus. For nearly a month, the Lord urged him to visit this homeless person. He tried once, but the hurting soul cried out, “Go! Leave me alone! I’m too sick!” From then on, Raahi refused to follow the Lord’s promptings to help.  Then, late one night, he awoke from a dream, and God told him to take water to the disabled person immediately. This time he obeyed.

Raahi found the destitute individual sleeping under a tarp beside the road, woke him up, and handed him the water. As his eyes widened, he grabbed the bottle and quickly gulped down the clear liquid. Smiling now, the man, who Raahi learned was named Ahmed,* shared he had gone without any liquids for two days. “Your friend told me to bring you water,” said Raahi.

The next day, Raahi took him more water plus breakfast, lunch, and dinner. Each time, Raahi shared that Ahmed’s friend had told him to bring everything. After three days of feeding him, Ahmed finally asked, “Who is this friend you talk about?” Raahi told him it was Jesus and then carefully shared some basic truths. Witnessing to a Muslim is extremely dangerous in that culture.

When Raahi returned the next day, he found Ahmed beaming with joy. The man said, “You’ll never guess who just left! I met your friend, Jesus. He tried to lift me to my feet, but the pain was unbearable, so I pushed him away and cursed at Him.” When Raahi asked how he knew it was Jesus, Ahmed replied, “He was wearing a white robe, and his face was shining.”

Raahi assured Ahmed that he could trust Jesus, but Ahmed replied, “I don’t even know Him.” Raahi tried again to explain, but nothing changed. Finally, after feeding him for a week, Raahi returned to the corner to find Ahmed missing. Shocked to see his belongings scattered on the sidewalk, Raahi asked a neighbor if he knew where Ahmed had gone. “He left in an ambulance, followed by a limousine driven by a businessman, and they took him to that big five-star hospital,” answered the neighbor.

How Did You Get Here?

Raahi rushed to the hospital and asked for Ahmed at the front desk. After getting his room number, Raahi ran down the hall and took the steps two at a time to reach him faster. When he found Ahmed, he still reeked, but he sat up in bed with a massive grin on his face. Then, Raashi blurted out, “How did you end up in this hospital? It is only for the wealthy and upper class in Egypt.”

Ahmed enthusiastically replied, “It was Jesus. He came by in his limousine, and his two friends took me to the hospital in an ambulance. Jesus’s friends were dressed in white robes, too. I believe in Jesus now! He told me all about Himself, and I accepted Him as my Lord and Savior. Then, Jesus told me that you need to tell me more about Him.”

Ahmed beamed from ear to ear as Raahi read him Bible passages, including the Sermon on the Mount. Raahi even baptized him in the bed with a pan of water and then left the hospital in awe and wonder.

The following day, Raahi returned to the hospital, but when he asked for Ahmed, he learned that Ahmed had died in the night. Sadly, Raahi went to the front desk to inquire about the bill.  The clerk responded, “Oh, it’s all settled. A businessman in a limousine took care of it. He was wearing a white robe and had a face that shined like the sun.”