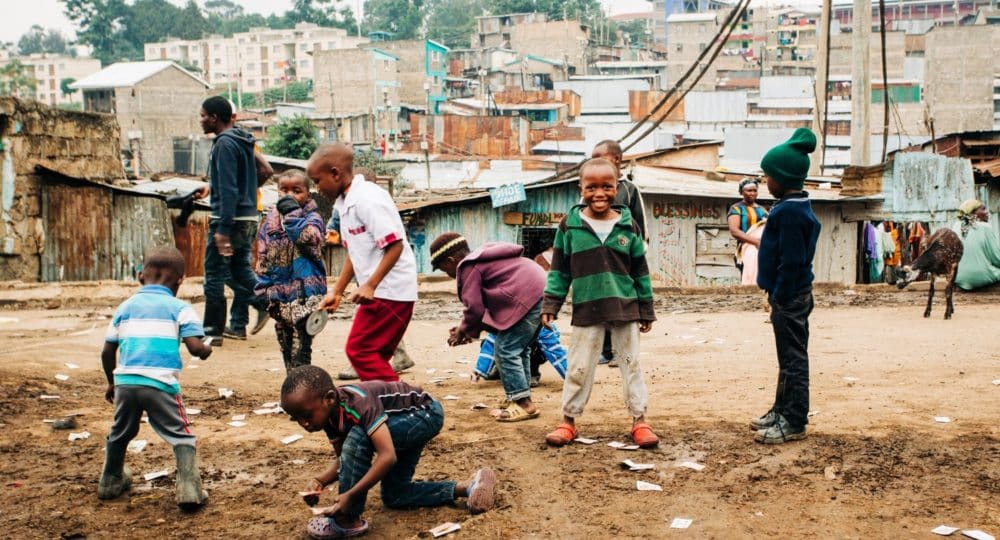 Eight-year-old Francis wandered the streets of a slum in Kampala, Uganda in only a pair of ripped shorts. He searched the rubbish heaps for food or anything he could sell. He hoped to get enough money to buy something to fill his empty stomach or purchase some clean water. The small trenches that flowed through the overcrowded community stank of human waste and carried life-threatening diseases like typhoid and cholera.

When Francis returned home that evening, he learned that his father had abandoned the family. For the next week, Francis refused to leave their small hut. Forsaken and feeling powerless, he became despondent and questioned his existence. As he sank deeper into despair, his mother made the decision to take him to the new Good Samaritan Children’s School and Home run by Alex Mitala.

From dealing drugs to helping children in Uganda

In 1972, Alex lay in the jungle dying of malaria. He was a wanted drug dealer. During his days of burning fever, God told him to “get saved.” Alex didn’t understand what that meant, but after he was miraculously healed, God led him to a small evangelical church where he gave his life to Christ. Five years later, during the violent reign of Idi Amin, Alex became an outlaw for Jesus. He smuggled Gospel literature to the underground church in Uganda.

The unrest in Uganda became so overwhelming that Alex moved to Kenya. There he continued to tell everyone about Jesus and established three churches. He returned to Uganda in 1979 and began a ministry called Back to the Bible Truth. In 1992 he started a school and children’s home after seeing countless vulnerable children loitering in the streets because their parents had died from the devastating AIDS epidemic. He began with 15 children. It became a physical, spiritual, and psychological safe house. He provided education, and the children experienced the life-changing love of Jesus. Francis arrived in 1994. Up until then, he had never been to school.

Donors from Advancing Native Missions invested in Alex’s vision. They helped him buy 600 acres of land and a used tractor. Now Alex supports his ministry from what he grows on this farm. What they don’t eat, they sell so that they can buy what they can’t grow. Alex lives and works among the poor, but he stresses that with energy, strength, and hard work, everyone can improve their lives.

Today, Alex is helping 2,500 children through this ministry. Over the last 30 years, Francis is one of many children who graduated high school, went on to college, and became a professional. Specifically, he earned a master’s degree in Christian education and now helps Alex train pastors. He conducts sessions for seven churches every week and serves as an inspirational speaker in other parts of Africa. He teaches the Word of God and the importance of sustainability in ministry. Francis humbly says, “I’m trying my level best to give back to this ministry, because it has made me what I am today. I am grateful to all those who extended help to Alex, so we can give back to society. I pray I am of some small value to the kingdom of God.”