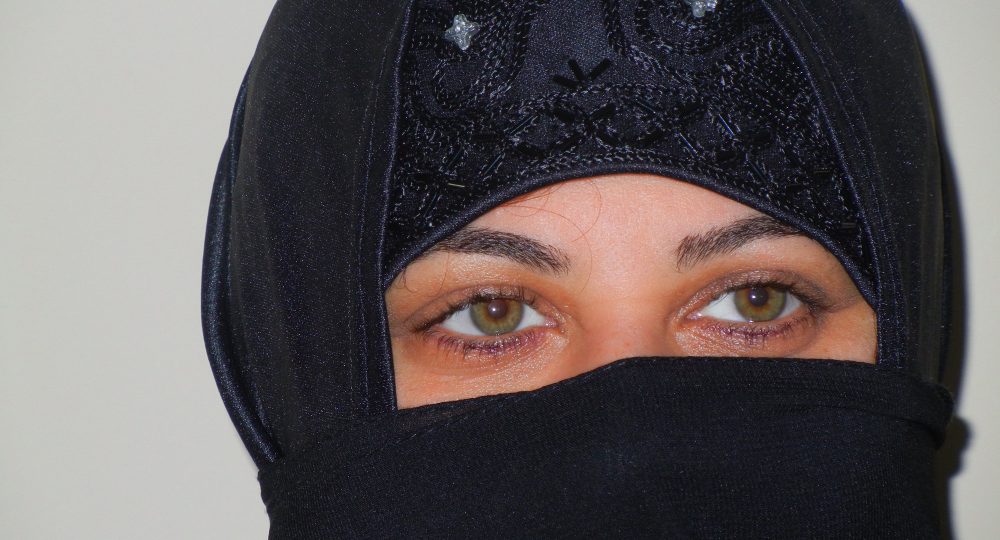 Body language reveals an encyclopedia of emotions. Naturally, unconsciously, we broadcast our true feelings through facial expressions, posture, and other cues. This became obvious when I recently interviewed a fellow staff member about the persecution she endured when she converted from Islam to Christianity.

I had read and even written articles about persecution before, but this turned out to be something much more than a headline in the paper.

I didn’t think about her being nervous, but when I walked into Sister E’s office I could plainly see that she was. She took several deep breaths. I was clueless about her anxiety. With my pen and paper in hand, I plunged in and immediately asked, “What did your family say and do to you when they discovered you had a new faith?”

She was stunned. She lifted her eyebrows, her eyes bulged out, and her mouth opened. Her head dropped and slowly shook from side to side. The silence spoke volumes. My own insensitivity was overwhelming. She was going to relive the hardest time of her life, and I hadn’t even offered her so much as a glass of water.

When her eyes finally looked at me again, her face was wrinkled in pain. With scars I would never comprehend, she gathered herself, took another deep breath, and said, “My mother found out first and with blood curdling screams she said, ‘Infidel! infidel! infidel!’ She slapped me and sent me to my room. When my father got home, I was again slapped and he also spit on me. He shouted, ‘You are no longer my daughter—go to your room!’ That is where I stayed for three years.”

E stopped in the middle of the next sentence and tears dropped from her chin. She couldn’t go on. I hugged her. I attempted to tell her I was sorry, but I had no frame of reference for understanding her suffering. I needed to be better prepared. I needed to comprehend this harsh reaction from her parents so I could show even a teaspoon of compassion.

Promising to come back later, I left to do more research: I read other people’s stories. I searched the web. I asked countless questions. Here’s what I learned.

Outcomes when a Muslim Converts to Christianity

In the most radical Muslim families, a convert is locked in a room and given three days to return to Islam. If they refuse, they are slaughtered. If they escape, they will be hunted by family for years. If children are involved when a husband comes to Jesus, they are considered bastards because they no longer have a Muslim father. They are either given to another family member or killed.

In a less religious family, the convert may be taken to the imam, who may lead the family in beating the believer. If the convert is a woman, her family may force her to marry a Muslim cousin to avoid shame and scandal. Many have been restrained with ropes, burned with acid or hot oil, and subjected to electric shocks. Sometimes families commit converts to mental institutions, thinking that leaving Islam is a sign of insanity. Others are forced to leave the home, family, and the community they know.

In all cases it is a perilous passage. Following Jesus definitely costs a former Muslim. The Bible says in Matthew 10:34–35, “Do not suppose that I have come to bring peace to the earth. I did not come to bring peace, but a sword. For I have come to turn ‘a man against his father, a daughter against her mother, a daughter-in-law against her mother-in-law.’”

I discovered that the source of the intense response does not lie within the parents, but within what their religion dictates. Defending Islam replaces any concept of human rights. Free thinking is basically eliminated. Most Muslims do not primarily see the world through the lens of an independent self, but live rooted in the “we” of their clan. The Quran says that killing infidels will earn a Muslim a place in heavenly paradise, but Allah is the one who makes that final decision. The society they have always called home now thinks of them as traitors. To reject Islam is seen as treason and those who do are called infidels. The prophet Muhammad said, “Whoever changes his religion, kill him.”

With a bit more humility, I returned to ask E a few more details.

“How did you become a Christian in the first place?”

This should have been my first question because a smile spread across her face and her eyes lit up. She remembered the peace that flooded her being. The discovery that Someone loved her, had a purpose for her life, and valued her as a woman were wonderful memories.

“My cousin began telling me about Jesus, and I went to her with all of my questions. She then gave me a Bible that I hid under my mattress. I would rip two pages out each day, lock myself in the bathroom to read them, memorizing as much as I could. I would then rip up those pages and flush them down the toilet. Then one day, I said prayers to accept Jesus with my cousin in the marketplace. I had never felt such joy, love and peace in my life!”

Feeling more comfortable with me this time, she continued, “I didn’t say a word to my parents, but my mother saw a difference in me. She was concerned and curious so she took me to a witch doctor for some answers. Similar to reading tea leaves, this ‘doctor’ made coffee, drank it, overturned the leftover coffee grounds on the table, and pronounced, ‘Your daughter is a Christian.’ When she asked me if it was true, I didn’t answer her. That is when the horror began.”

I moved my chair closer to her and tried to comfort her by placing my hand on her knee. She changed positions in her chair and grasped her head in her hands. This was real life, not something from a book. These memories were devastating.

In a quiet voice I asked, “What was it like to be locked in your room?”

“I was locked in my room so I could not share the Gospel with anyone else—especially my three sisters and one brother. I could not go to work, visit friends, or have any relationship with my family. I was totally alone and no one spoke to me. No one ate with me, talked to me or touched my things because, according to Islam, I was unclean. Thankfully I discovered a radio station that taught the Bible, and I secretly listened. I continued to read my Bible pages and memorize God’s Word. My body was in a prison, but my spirit was free!”

E shrugged her shoulders, raised her eyebrows, and gave me a slight smile. These gestures communicated to me, “It was hard, but Jesus helped me.”

I continued, “How did you get out of your room?”

“A man my family believed to be Muslim came and asked to marry me. They were glad to get rid of me so they gave their consent. After the marriage, my husband and I both confessed we were Christians! It was wonderful to pray, learn, and serve with someone else. We especially prayed for our families. God even gave us a son.”

E’s cheeks relaxed and her hands began to move upwards in praise.

“We saw results from our prayers. I was able to lead my older sister to the Lord and my younger sister accepted Christ after she was healed from a serious illness. My mother got kidney cancer. When I found out she was in a coma, my son and I visited her. After talking about Jesus for what seemed like hours, my son said, ‘If you want to receive Jesus as your Lord and Savior and spend eternity with Him, squeeze my hand.’ She did.”

Again I saw tears run down E’s face. These were tears of gratitude and relief. We ended on a positive note and I felt myself relax. We held hands and cried together.

I learned far more than just reading an article. I went away with more understanding of the facts, and far more concern for the the sufferings of others and an appreciation of their feelings.  As an interviewer, I need to prepare by knowing the person and making them feel comfortable. I must pay attention to body language—theirs and mine.

Most shocking was trying to answer my own question, “How does my faith compare to Sister E’s?”