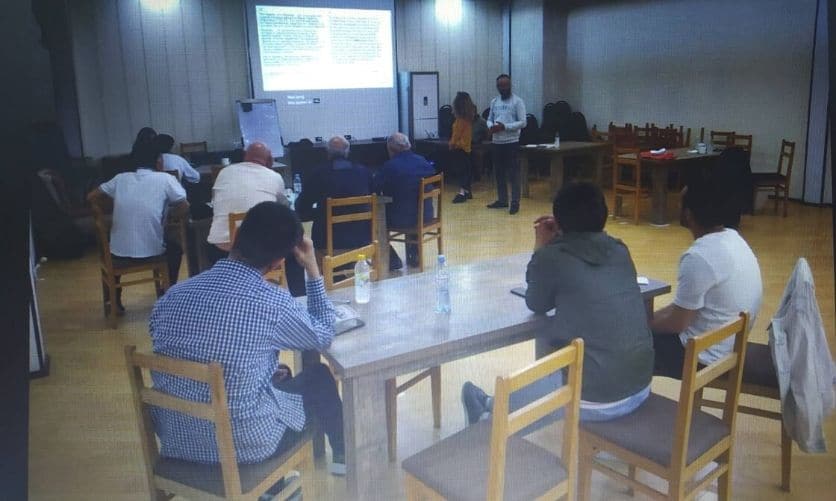 “Yusif*, find a person of peace in the village.” That thought echoed in Yusif’s mind from the  training he received to be an evangelist and church planter. As he travels throughout his country and others in Central Asia, that is what Yusif continues to do when he goes to a new village to evangelize and plant churches.

Yusif has been trained to be observant as he enters a village to evangelize. Going into a town to share the gospel where there are no Christians is a daunting endeavor, so having a strategy to target the best person to evangelize is a great idea.

But this trip would be an unusual one. Yusif was traveling to the border of his country to take possession of a truckload of clothes being held at the border by customs authorities.

Yusif had attended a training session in Turkey on how to start a business that could fund the ministry he helps to lead. That training had inspired him to open a second-hand clothing store to support the ministers he is training in church planting. He had everything in place to start except the clothes.

Yusif spent a frustrating week at the border trying to cut through the red tape and get the clothes released. He returned home having failed to accomplish his task.

Two weeks later, he was back again to see if he could make progress. Back and forth he went — a few days on the border, a week at home, then back again.  As Yusif traveled back and forth, he told the Lord, “Lord, you know who you have for me to connect with while I am here. What is this relationship that I’m building with this guy?”

Each time he went to the border, Yusif would see some of the Adjari people, a local unreached people group. He realized he had an opportunity to minister to this group as he tried to get the clothes released. He began to seek a person of peace. To him, it was natural to evangelize as he was building relationships with the Adjari people each time he visited the border. As he witnessed to the Adjari people he became acquainted with, some said yes to Jesus.

Over the course of numerous visits, Yusif shared the gospel with dozens of people, and 12 have accepted Jesus as Lord. These new believers are now meeting as a church in one of their homes. Yusif is training five of the men in that group to be leaders in the church. He travels there monthly to train them to lead the church.

After several months of struggling to get the clothes released, it finally happened. Ever flexible, Yusif saw that sharing the clothes with the newly converted Adjari families would meet a greater need than stocking the second-hand store.  When Yusif finally got the clothes released, he distributed them among the new believers of the Adjari and their families. What seemed to be a problem and distraction — getting the clothing released at the border — led to an unreached people group having the beginnings of Christianity in their midst. Yusif’s flexibility and creativity, when faced with a problem, continue to help further the gospel in his home country and neighboring ones.

Your Help Is Needed

You can help Yusif and others like him deliver the gospel to people who have never heard the name of Jesus. Will you give to support missionaries who are passionate about reaching the next people group who don’t know Jesus?