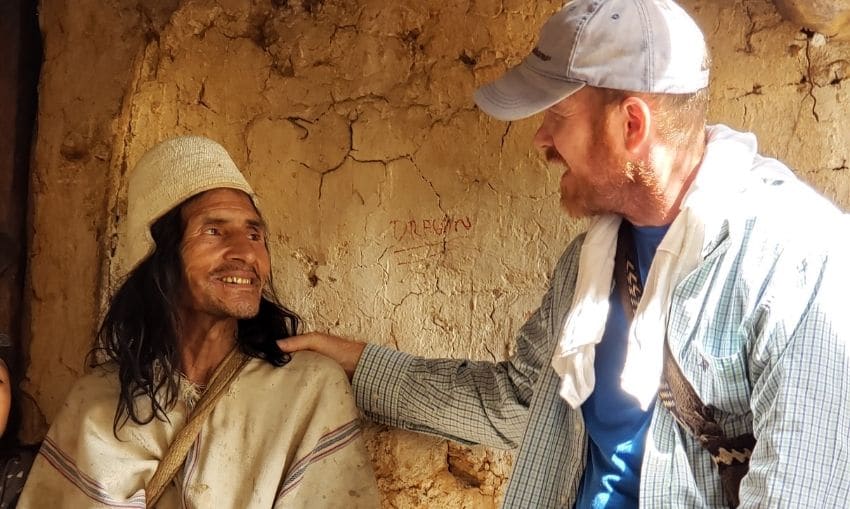 Jason Luber of Legacy Church in Ruckersville, Virginia, was commenting on his second trip to visit Crisalinco, an ANM partner ministry in Colombia. He said that serving with Crisalinco was more rigorous than the Legacy team had expected. They knew they would be hiking, but one day in particular was especially challenging, though incredibly rewarding. That day, they left at 8:30 in the morning with ministry leader Helman Ocampo for what was supposed to be a three-hour drive and then a one-hour jungle hike. They would visit a remote tribe of people who had never had outside visitors to share the gospel with them. They planned to be back in time for supper.

As they set out driving down the mountain on a very narrow, winding road, a donkey jumped out in front of their truck. After barely missing the animal, the brakes suddenly gave out on the vehicle. However, the driver was able to downshift and stop on an incline. The team sat on the side of the road and waited for two hours for help to arrive.

Once the truck was repaired and they could continue the journey, some construction obstructed their way. Then the truck had a flat tire, and the spare was low on air. The team began a six-hour trek on foot through the jungle to reach their destination. Having run out of drinking water, they were thankful they had brought LifeStraw filters (a water purification system) to enable them to drink from a stream with no fear of contamination. After hiking in 100° weather, they arrived at the village with about 30 minutes of daylight left. Helman reminded the team that they were there to buy coffee to contribute to the tribe’s needs. He encouraged them not to be concerned about how the tribal people dressed or their long hair but to remember the team’s mission of sharing the gospel.

Helman explained the group’s delays and introduced them to the tribe. The team then presented a skit they had prepared about the parable of the lost sheep. Six grown men dripping with sweat (“like they had just come out of a river”) were crawling around on the ground and “baaing” like sheep to illustrate the story. The somewhat bedraggled actors caused the children to laugh and the adults (usually emotionless) to have smiles on their faces. The villagers invited the team to spend the night, which was very unusual and a sign of favor. They told Helman he was welcome to come back to visit.

However, the team had to decline the invitation to meet their ride, waiting at the bottom of the mountain. After only a half-hour visit, the group hiked back through the jungle in the pitch darkness of night, traveling among giant, hairy tarantulas and a myriad of other wild creatures and insects. They had only their cell phones and one borrowed flashlight to light their path.

What an adventure for the Legacy team members, who certainly stepped out of their comfort zone during this trip. Their story illustrates the significant effort it takes to reach an unreached tribe with the gospel for the first time. What seemed like an “amazing race” to minister to that tribe was simply what native missionaries experience daily to carry the gospel “to the ends of the earth.” 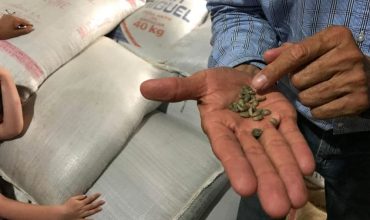