An Update on How You Can Pray for Ukraine 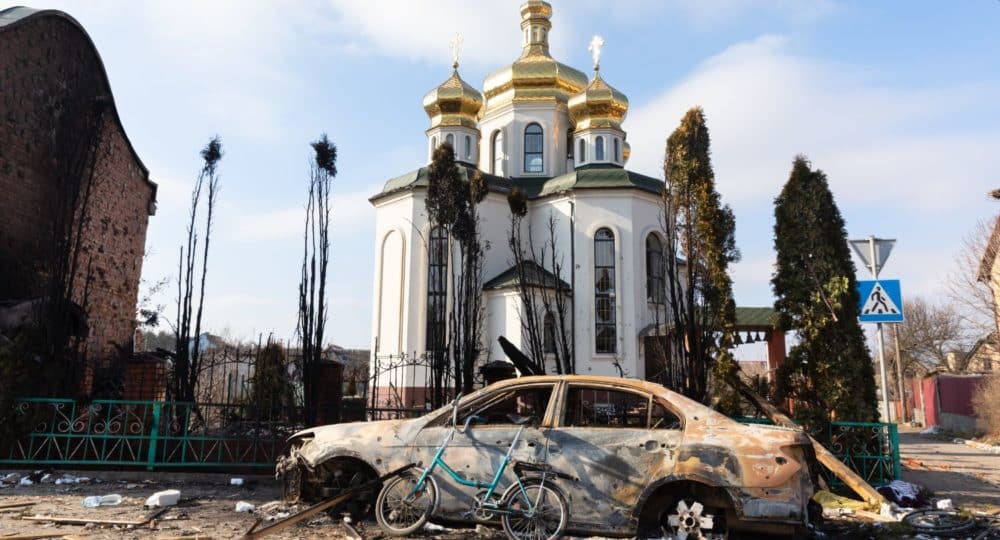 “What are the most important things I need to know to pray effectively for Ukraine?”

I asked that question of George Ainsworth, ANM’s regional director for Europe and Russia.

First, according to George, our ministry partners are war-weary yet continue to minister faithfully to their fellow Ukrainians’ physical and spiritual needs. Russia’s invasion in late February has displaced millions of people and disrupted even more lives. Open Doors Ministry provides food, medicine, shelter, emergency evacuation, and hope through its ministry centers in Kyiv and Chernihiv. Even though the Russian bombing destroyed the Open Doors Camp facility near Chernihiv, the children’s camps continue in these city ministry centers. Now, more than ever, Ukrainian believers need the prayers of their brothers and sisters around the world.

Second, the upheaval of everyday life is creating new opportunities for the Gospel. During a recent report to ANM staff, Alexei, who leads Open Doors Ministry, shared that the spiritual background of those participating in worship services in Ukraine has dramatically changed since Russia’s invasion. Before the 2022 offensive began, about 10% of attendees were non-believers. Now, because many local church members have been displaced, most of those coming to worship are not believers. They are seeking answers and peace in a chaotic time. God is transforming their spiritual hunger into a new harvest of souls for His kingdom.

In our original Ukraine prayer update, we asked you to pray for the Jewish population of Ukraine as well. Since late February, over 10,000 Ukrainian Jews have emigrated or are in the process of emigrating to Israel. And the Jews seeking shelter in Israel are not only from Ukraine. According to a June 20 article in the Jerusalem Post, “All told, as Aliyah and Integration Minister Pnina Tamano-Shata said [in June], some 25,000 immigrants have come since the beginning of the war from Ukraine, Russia, Belarus, and Moldova.”

Ukrainian Jews and Christians early in the war were called to join in prayer using the 31st Psalm, which begins with “In you, LORD, I have taken refuge”:

The joint prayer followed a call from Ukrainian chief rabbi Yaakov Dov Bleich. “The Chief Rabbi unexpectedly invited all us Christians and all Ukrainians to read Psalm 31 during these difficult times,” says Anatoliy Raychynets, the Deputy General Secretary for the Bible Society in Ukraine, to Eternity News.

“For me, as a pastor, that Psalm, well, I read it differently now because it’s about our current situation in Ukraine. This ancient prayer — written several thousand years ago — now we see is so alive, is living,” Raychynets said on the eve of the Russian invasion (Christian Network Europe, April 3, 2022).

The Ukrainian Bible Society then published a video that shows people in prayer for the country. They are reading in Ukrainian and Russian, with subtitles provided in English. Please click here to join our Ukrainian brothers and sisters in prayer for their country.