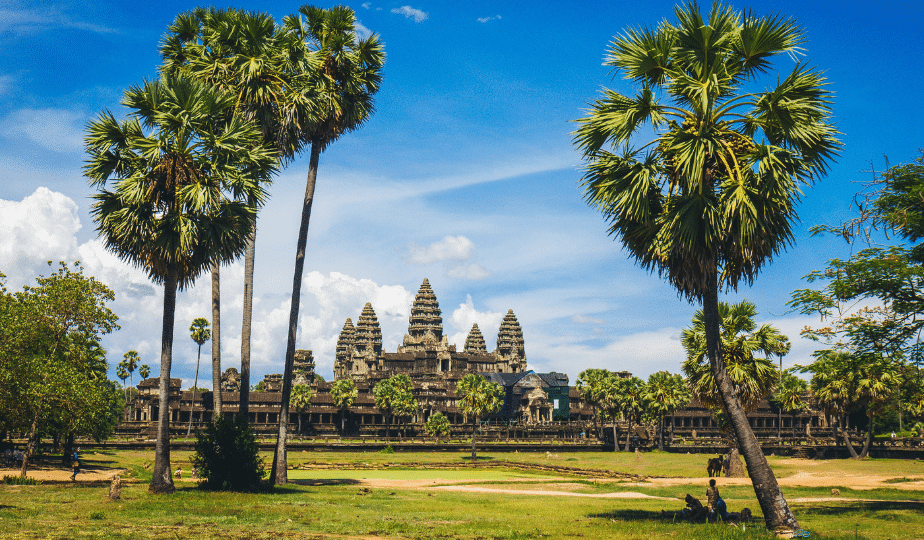 As a little girl, Malia watched her grandfather die at the hands of villagers who rejected his Christian faith. The memory stuck with her, intensifying her devotion to Christ. Later she served in one of the few house churches in her province, despite the local government’s opposition to Christianity.

Something was missing, though. Family was all around her, but her home was not a loving one. In her culture, people were not very demonstrative in their affection. Malia heard few loving words and received few hugs. It left a deep void.

When she met a young man called Phou, she found someone who filled that void.

“He was like both my best friend and a father-figure to me,” Malia longingly recounted. “Growing up, I did not experience receiving love… I felt like he filled all the things that I didn’t have in my life in the past.”

But Phou was not a Christian, and marrying a non-Christian was unthinkable for Malia. She loved him, but she stood strong and told him, “I cannot marry you.”

Phou loved Malia so much that he embraced the Christian faith so that he could marry her. Before long, Phou loved God too. In fact, the Lord ignited in his heart the desire and passion to share the gospel with others. He went to Bible school to add theological knowledge and formal training to his natural gifts as a leader. He filled a vital need in the work of the church.

Malia, working as a teacher, supported her husband as the spiritual leader of their province. Together they helped start 28 churches.

In the late 1990s, opposition to the gospel intensified in their country, and many prominent Christian leaders were arrested. Phou was one of them. Because of his role in starting new churches in the region, the authorities put him behind bars for three and a half years. By this time he and Malia had three children, all boys. Malia cared for them while Phou served his sentence.

As soon as Phou was released from jail he began preaching again, now with a new sense of urgency. Death threats, and the possibility of being arrested again, did not faze him.

Malia continued in her role as Phou’s helper and supporter. Then everything changed again in 2007.

It was Christmas. Celebrations among the Christians in the villages customarily began on December 18 and lasted until December 23 — six days of dancing, feasting, storytelling, and testimonies.

One village had a special reason to celebrate Christmas that year: the villagers had just accepted Christ. Phou agreed to lead the celebration in that village and planned to visit other villages too, wanting every village with a house church to have a Christmas celebration. Malia stayed behind with the children.

Five days passed, and the Christmas festivities were almost over. Phou had not yet come home as expected. On the final day, Malia decided to visit some of the nearby villages that were still celebrating. She didn’t see her husband, and concern started to rise in her.

Why did I not see Phou in any of the villages I had been to? she said to herself. She didn’t mention it to anyone else, but soon a national Christian leader learned that Phou had disappeared. Suspecting that the police had arrested Phou again, they checked the jail. He wasn’t there.

The next day, Malia and some other Christians drove to her father’s house for help. Along the way they noticed a large crowd gathered on the road and stopped to see what was happening.

“Some Christian preacher got killed,” someone said.

Somebody else remarked, “Maybe he is a saint.”

Malia tried to push through the crowd to see who it was, but the police were preventing anyone from approaching unless they had permission from the village head and the police station. Malia went to the station.

“When I entered the police station, I saw the motorbike that my husband used to ride, and also his bag,” Malia tearfully recalled. She explained to the officer on duty what had happened.

He asked her if she remembered what clothes her husband was wearing when he left home.

She replied, “He had a jacket on… It was cold.” They insisted on waiting for her husband’s parents to arrive and complete the necessary documents before they finally allowed her to see the body.

It was Phou, but barely recognizable. He had been dead for four days. He was stabbed in the back and chest, his head crushed by a rock and his throat cut.

Malia went into shock. The love of her life, her best friend, her pastor was gone. Heartbroken, she sat quietly.

Finally, as her grief overwhelmed her, Malia cried out to God, “Can you let me die in exchange for my husband? The church does not need me! I’m just a simple, ordinary person, and I don’t know much about the Bible. But my husband knows how to serve you. He has experience. Why don’t you raise him and let me die?”

A void to fill

Desperate, Malia devoted herself to prayer and fasting, seeking God’s comfort and direction. She did not know what to do with her family, much less the churches her husband had led.

Days went by. Finally Malia decided to visit one of the tribal churches. Immediately a taunting voice said inside, “Why do you want to go there? You don’t have religious education. You don’t know the Bible.”

She went to the village church and delivered her first sermon. Afterwards, the elders of the church came to her and said that her simple preaching encouraged them.

“Now that your husband is gone,” they said, “We will stand alongside you. We will encourage you. We will support you in the ministry.”

“God used the encouragement of the brethren to give me the strength and the confidence I needed to serve him,” Malia gratefully recalled.

Malia had been a teacher for 23 years. Now she faced a choice to continue teaching or to take up her husband’s ministry as her own, full-time.

The decision was quickly complicated by a visit from a local government official. The official offered Malia a promotion. She could become the principal of the primary school, and her salary would be doubled.

Again Malia turned to prayer, and she heard God say clearly to her, “I am your Lord. And I will take care of you and your family.” She wrote a letter to the school, telling them she was leaving and going into the ministry full-time.

Now, 12 years later, Malia is the provincial coordinator responsible for 48 churches. The ministry had two leaders before her husband’s death; she now leads a team of 16, with 50 additional lay leaders. She regularly gathers pastors, youth, and women’s groups for development, training, vocational education, and encouragement.

Five of the province’s 22 tribes have local churches. This year, Malia and her team are starting house churches among five more. God is taking this faithful leader to new heights.

Support missionaries like Malia and start churches where they’ve never existed before.