Why Praying for the Nations Is Essential 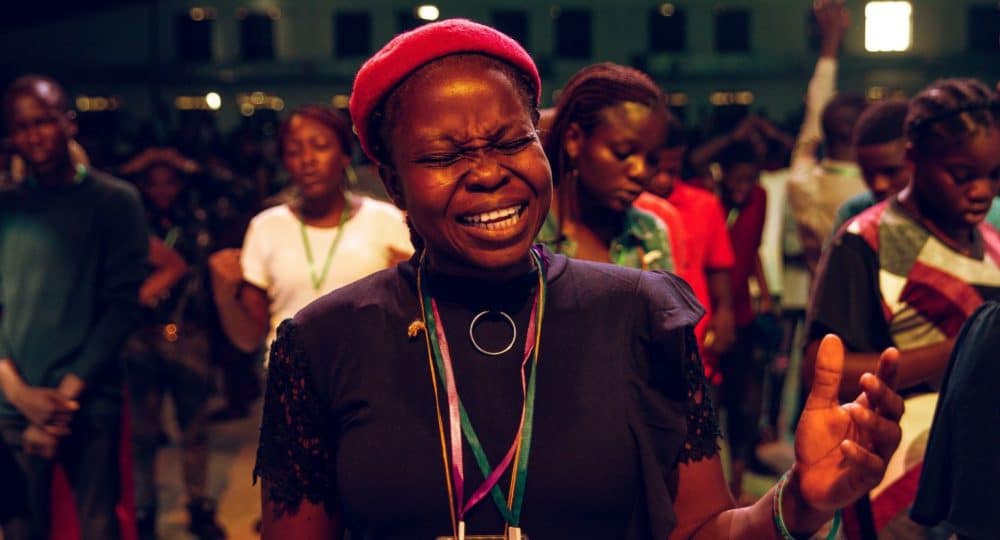 Imagine that you are about to leave on a voyage from which you will never return. You gather your family and loved ones. Before your departure, you desire to share with them from your heart. You weigh your words carefully. You want to say something of significance. You hope that your words will be memorable, something that those gathered around you will cherish and remember.

Would you not speak from the depths of your very soul? Would you not want your last words to be of lasting importance to your listeners?

Almost two thousand years ago, that was what it must have been like for Jesus, standing on the Mount of Olives, addressing His followers. We don’t know how many were there. Possibly, there was a large gathering (1 Corinthians 15:6). The Lord knows He is about to ascend to His Father. He will see these disciples no more, at least on this earth. He wants His final words to be of great significance.

So what does He say to them?

He tells them of His authority so they will understand that they are capable of doing what He says (Matthew 28:18). He assures them of His continuing, caring presence (Matthew 28:20). He promises them the power to accomplish the mission He is assigning to them (Acts 1:8; Luke 24:48–49). And then, He stresses their most important assignment. He tells them to go into all the world to proclaim the Good News to all nations and peoples (Matthew 28:19–20; Luke 24:47; Mark 16:15). This is the Master’s “Great Commission.”

For two millennia, this has been the preeminent mission of the church. Yes, along the way the church has undertaken many other tasks. The hurting, the suffering, and the needy have been helped and encouraged. Milestones of social justice — the abolition of slavery, equitable treatment of women and children, the establishment of hospitals and clinics — have been accomplished in the Savior’s name. Entire nations and cultures have been radically transformed by the work of pastors, missionaries, and church planters. Christian groups have founded educational institutions and promoted literacy programs that have changed people’s lives tremendously.

Yes, the church has done much. But through it all, there has always been an overarching purpose, one goal above all else: tell the nations the story of Jesus and His love.

For the early church, the Lord’s mandate was a compelling vision that caused them to journey to the frontiers of the known world — proclaiming the Gospel to those who had never heard it. The vision prompted the evangelistic endeavors of Patrick in Ireland, Boniface in Germany, and the brothers Cyril and Methodius among the Slavic peoples. It was this vision that birthed the modern missions movement by the Moravians. William Carey caught the vision and spent the rest of his life in India. It was this vision that caused Hudson Taylor to declare, “[I]f I had a thousand lives, China should have them.”

This vision of lost peoples drove David Livingstone to blaze new trails across Africa. Over and over again, we see the effect of the Master’s Great Commission in the lives and hearts of true warriors of the faith — Adoniram Judson in Myanmar (formerly Burma), Mary Slessor in Nigeria, Amy Carmichael in India, Jim and Elisabeth Elliot in Ecuador. For centuries, men and women have left home and hearth, family and friends, to travel to distant lands to tell the Good News to the unreached peoples of the earth.

During these same centuries, God was also using native peoples to reach their own families, tribes, and peoples. During the latter half of the twentieth century, the work of these indigenous Christians grew into a mighty movement. We now call this movement “native (or indigenous) missions.” It has become the most effective and economical means for taking the story of Jesus to the unreached. To support and encourage native pastors, church planters, teachers, and evangelists is the reason that ANM exists. We do this by sending financial support to Christian workers, funding special projects, and providing physical supplies and materials.

Yet there is one preeminent means of support. It is the one that is so fundamental that no missions endeavor can operate without it. It is so simple that it can easily be overlooked and forgotten.

Prayer is essential to the success of missions

Yes, prayer is key. That is why several years ago ANM began an annual effort to encourage people to pray for the nations. We call this the ’Til All Hear Prayer Initiative. Here is how it works: The initiative begins on Ascension Day (this year Thursday, May 26). It was just before His ascension to the Father that Jesus gave the Great Commission. That makes this a fitting day to emphasize the Master’s vision for the lost people groups of the earth and begin a prayer effort that they may be reached with the Gospel. Then, for nine days after that, we focus on a different region of the world each day. Along the way, we learn about that region and discover how to pray for the unreached there. The initiative climaxes on Pentecost Sunday (June 5, 2022).

As you recall, it was on Pentecost that masses of people from various nations were gathered in Jerusalem (Acts 2). The Holy Spirit descended upon the followers of Christ. Then they began to proclaim the Good News of Jesus to the unreached. In remembrance of this significant milestone in sacred history, we focus on praying for all unreached people, those who have never heard the Gospel, scattered around the globe.

In years past, we have seen so many people join together during this prayer effort, especially on Pentecost Sunday. From Michigan to Mongolia, Indiana to India, and Pennsylvania to the Philippines, believers from across the country and worldwide have united in faith to petition God’s throne for the unreached peoples of the earth.

Join the 2022 ’Til All Hear Prayer Initiative

Would you like to be a part of this effort? You can. You simply need to click on this link, which will take you to the ANM webpage dedicated to the ’Til All Hear Prayer Initiative. There you will find a prayer guide that will help you pray each day from May 26 to Pentecost Sunday. You will also find other prayer resources, including guidelines for organizing a prayer event. If you are involved in small group ministry, there is also a booklet that will enable you to take your group through each day’s prayer emphasis. Resources to promote this initiative in your church are also available.

A.B. Simpson, pastor and missionary pioneer, once stated, “Prayer is the mighty engine that is to move the missionary work.” Through your prayers, you can move the work of the church forward, reaching the unreached for Christ. As you unite with us in the ’Til All Hear Prayer Initiative, you will be carrying forward the Great Commission of our Lord and helping the Savior’s final words find their fulfillment. Your prayers will make a difference!

Join the ’Til All Prayer Initiative.