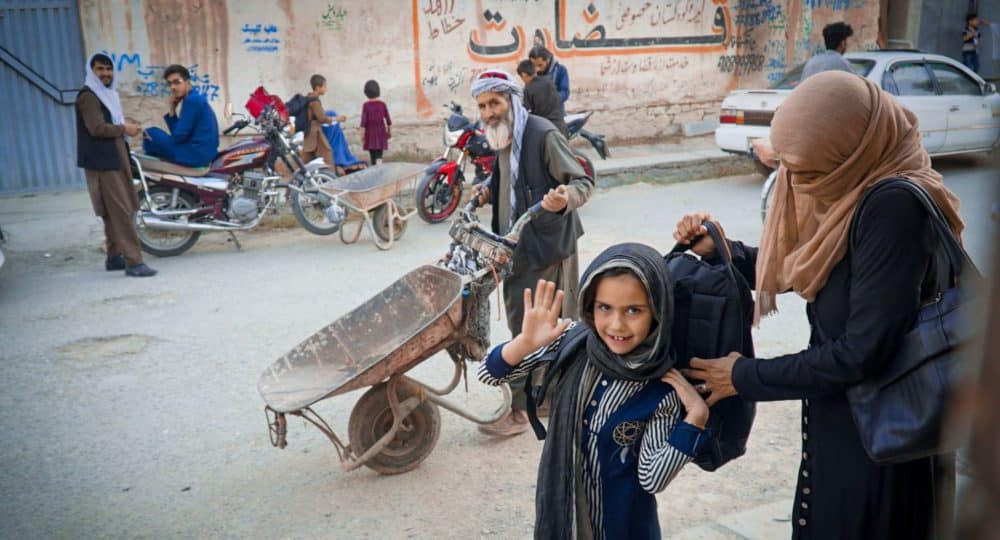 A platter of steamed rice with some raisins, carrots, and caramelized onions sat in the middle of the rug. No lamb or special spices were part of this evening’s meal. The large extended family sat in a circle on floor cushions and communicated about their day. Pots of weak tea were strategically placed so everyone could refill their ceramic cups. At a special sign from the father, people began rising and making their way to a windowless interior room. Under the woven floor covering, the head of the family pulled a Bible out from a hollowed-out space in the mud foundation. With great vigilance, the father held a quiet worship service for the King of Kings and Lord of Lords.

It has always been dangerous for Afghans to embrace Jesus as Savior, but the consequences now are dire. Open Doors is the largest network in the world serving persecuted Christians. Every year they list the countries where persecution is the greatest, and this year Afghanistan topped the list as the most difficult place in the world to follow Jesus. At the same time, a research organization called Operation World labels Afghanistan as the second fastest growing church in the world today (second only to Iran). The Afghan church is a unique community, mostly age 40 and younger and all Muslim converts. They are extremely vulnerable, but a spiritual awakening is underway.

Many of these believers have had a recurring dream of a man in a white robe who directs and warns them. Multiple media ministries proclaim the Gospel and broadcast discipleship classes. But since the Taliban takeover, the church has been reduced to families—because trust of anyone else is nonexistent. The risk of discovery has increased, and if conversion is discovered, death is almost certain.

Are there church buildings in Afghanistan?

Afghan believers understand that Christians themselves are the church and not a building, but has there ever been a church building in Afghanistan?

A Catholic chapel was built inside the Italian embassy in 1933, but few other church buildings have been built on Afghan soil. In the 1950s, an Islamic center was approved and built in Washington D.C. President Dwight D. Eisenhower visited Afghanistan in 1959 and as a reciprocal favor asked for a church building to be constructed for the foreign community in Kabul. It was dedicated as “a house of prayer for all nations” in 1970. Three years later the Christians served tea and cookies to soldiers who began to destroy this place of worship. One Christian went to the mayor of Kabul and prophetically warned that if his government allowed the church to be destroyed, God would overthrow the 227-year-old monarchy.

On Tuesday, July 17, 1973, the destruction was complete, and that very night the king was overthrown. Because rumors had reached the Afghan secret police that an underground church existed in Afghanistan, the soldiers carefully dug twelve feet below the foundation in search of this secret subsurface sanctuary.

The building is gone, but God’s power cannot be stopped. Today, believers put their hope and trust in the Lord almighty, not in politics or government.

How ANM is helping Afghan Christians

Of Afghanistan’s more than 40 million people, International Christian Concern estimates 15,000–20,000 are followers of Jesus. To help increase this number, ANM’s native partners go from house to house to encourage the “father pastors,” and they occasionally secretly gather these men together for further teaching and fellowship and to hear their pressing needs.

With help from our faithful donors, ANM has distributed food, medical supplies, and fuel to the growing Christian population. These provisions have been shared with unbelieving family and friends with the explanation that their Heavenly Father provides all their needs. Afghans are bold and resilient. They are once again rising from the ashes of the most recent catastrophe.