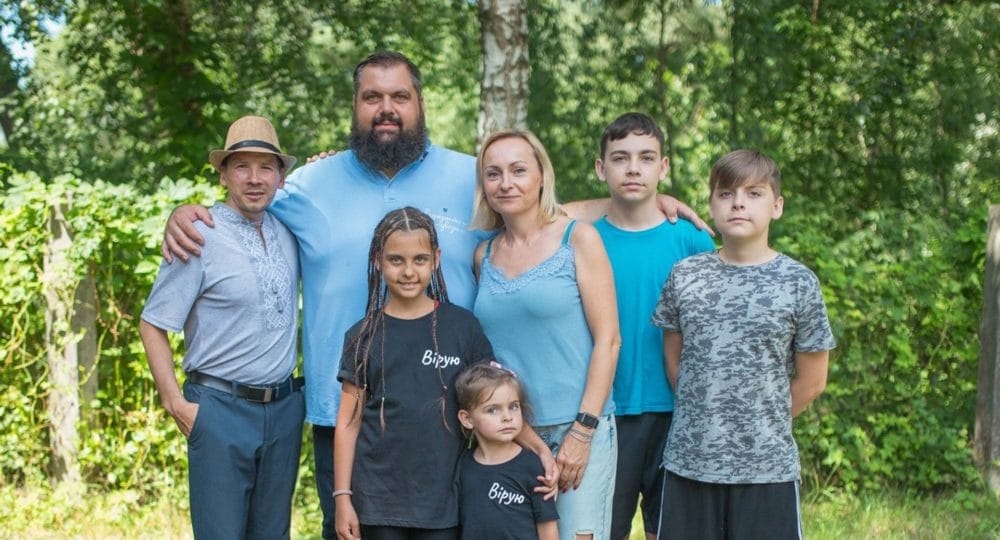 Ukraine has been in our hearts and prayers for the past few months. Since the Russian invasion began in February 2022, Ukrainian Christians have heroically cared for people in and around conflict zones. ANM’s Ukrainian partners have fed hundreds of people a day and evacuated thousands to safety.

It was a great privilege for me to speak with Alexei and Lena Simonov for the June 2022 episode of The Native Missions Podcast. Alexei and Lena lead Open Doors, a Ukrainian ministry that cares for orphans and at-risk children. Here’s an excerpt from Alexei’s reflections, edited for clarity and length:

At first, I didn’t believe that everything was as serious as it sounded. We had heard that there might be a war, but we didn’t believe it ourselves. At 5 a.m., my wife woke me up, and we heard the bombings. We made a decision to gather as a church in the church basement. Many people left right away.

During that time, we gathered and prayed. We just thought it would all be over by the time we were done praying and worshiping. We read many Psalms as well. Many more people were coming as the hours went by. They didn’t know where to go. They had a lost look in their eyes. Many of the children didn’t fully understand what was going on.

As we were gathering with the church, we had to figure out what we were going to do. As a church, we decided that we should move all the children and women out as soon as possible. We made a decision that only those that want to stay or those that are not married would stay. We were shocked, full of adrenaline, and scared, just asking God to show us the decision.

I remembered Psalm 23, where it says, “The Lord is my shepherd, and I shall not want.” That helped me get through this. I just asked the Lord to guide me and show me what He wanted me to do.

As we were leaving Kyiv, we saw many tanks and many aircraft flying around, and we asked the Lord to lead us out. I look back now and see that God led us. We had no clue where we were going; we just had to get out. Sometimes we would come to intersections and pray to God, “Where should we go? To the right or to the left?” We truly understood that God is our shepherd.

God gives different challenges to those with different strengths, and He gives you the strength to pass them, and we become stronger. We as people want to live in comfort, but God leads us to uncomfortable situations, and this is where we see how close we are to Him. It may not be simple, but we learn from it. We see the living God in everything. Even though we can’t see the full picture, God guides us fully.

Listen to the full episode.