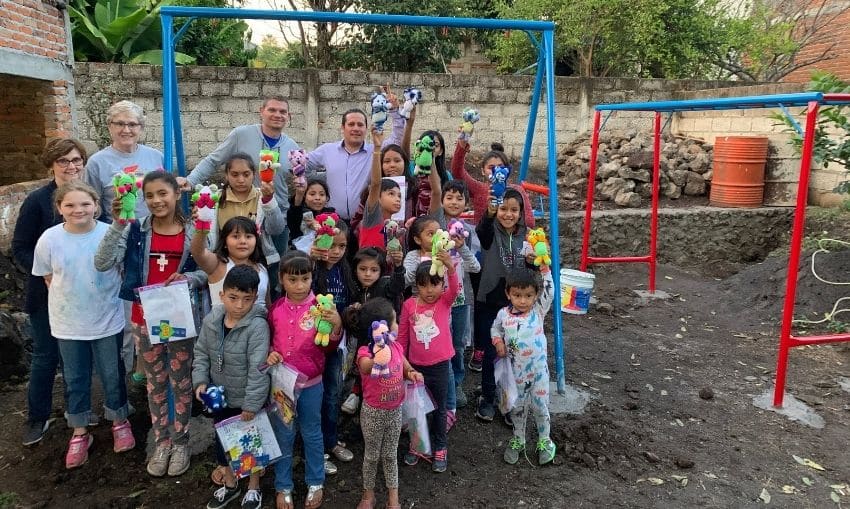 In February, a short-term mission team from Thomas Road Baptist Church in Lynchburg, Virginia, visited ANM’s partner ministry in Tepic, Mexico. Intending to learn more about the ministry and serve its missionaries, they came back impressed by what Philip and Lucy Tolman, the leaders of Seedtime and Harvest Ministries, are doing there. One team member stated, “I never wanted to go to Mexico, but I can say I am so very glad we went. It left a bigger impression on us than another trip. We got more out of it than we thought we would.”

The Tolmans’ mission is to plant churches with an emphasis on the importance of family, given the casual attitude toward marriage in Mexico. As many Mexican men come to the United States to work, they leave behind families struggling to survive. Often, the men start new families in the U.S.

Poverty compels Philip to plant smaller community churches within walking distance of their congregants. Since many workers make only about five dollars a day, even a 25-cent bus fare is extravagant. Philip travels among six different community churches each week, like the old American circuit preachers, and he invests time in training more pastors to place in other communities.

The Thomas Road team arrived in Tepic and hit the ground running. On their first night, the couples (each with at least 40 years’ experience in marriage) were able to share in a marriage conference. They used scripture and the examples of their own marriages to encourage the couples to have godly, successful marriages. There were games with prizes and a wonderful time of fun and fellowship at the end of the conference. Team leader Brian Mullins said the event was very successful.

The group from Thomas Road was also impressed by a church service held in an impoverished village in a man’s home. He had been holding services there for several years. The house was tiny, with just two rooms, and it was very dark. With no running water, the toilet (a rarity in the village) had to be flushed with a bucket of water. Because it was raining, the children had to be taught in a small hallway off of the room where the adults were meeting. The family only had two lightbulbs in the whole house, so they had to move from another room for the children to see. People filled the room where the men were teaching, and some had to sit on chairs on the patio in the rain. Most of those were elderly, but they did not complain about the rain or their arthritis. They leaned in as far as they could to hear. Everyone was happy to be worshipping together.

As one team member took in the situation, she thought to herself, “They are so poor. How can we help them?” She was amazed at how generous they were and how they shared what little they had. They were not ashamed of what they lacked. They adapted to their situation so they could have church together. The woman was grateful for the experience as it helped her put the essential things into perspective. She saw how abundantly they had been blessed spiritually, remarking, “They appreciate the Lord more because they have so much less.”

The mission team was inspired when they met Philip’s daughter Damara and her husband, Augustine. With hearts wholly dedicated to the ministry, they participate in the Sunday music ministry, preaching, children’s ministry, and community outreach. One member from Thomas Road exclaimed, “They were so passionate. They love their people.” Another team member, watching the couple’s interactions with the people at the church, said, “That’s the kind of people you want to support because they’re really doing it.”

Lastly, the team from Lynchburg had the joy of completing a project for which they had raised funds. Two ANM staff members, along with their daughter, visited Philip’s ministry previously and discovered a need while attending church one Sunday. Their daughter went to children’s church that morning, and she observed that the children had no safe place to play after doing their lesson. Her concern prompted the Thomas Road team to raise funds to build a playground. The money enabled the church’s caretaker to purchase the steel and weld the pieces to make a structure. When the team arrived, they were able to paint all of the playground equipment. This completed project is a beautiful example of God using the eyes of a child to see a need and then meeting it through His body to bless that town’s children.

The Thomas Road team hopes to return to Tepic, Mexico, and help the Tolmans continue to bless the community through their ministry. 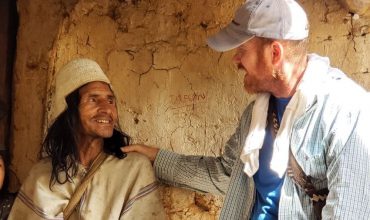