The Story behind a Unique Ministry for Israeli Soldiers 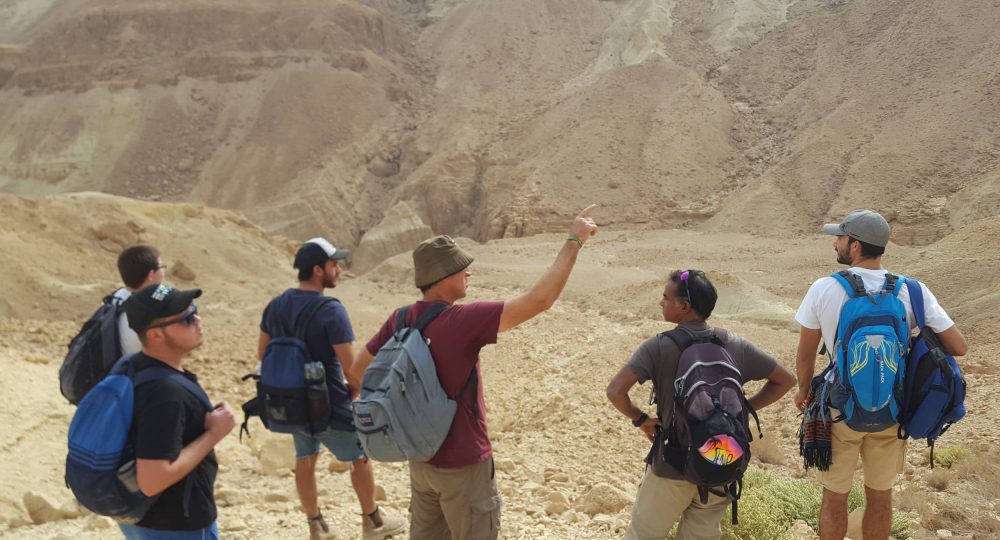 By Yohanan Stanfield with Dee Brookshire

My parents are Scottish, I was born in Uganda, and I found Jesus as my Lord and Savior in Kenya at age 11. Eager to serve Jesus in ministry, I studied theology at the University of Glasgow and applied to the pastorate. I was denied. Then a neighbor made an unusual suggestion: go live in a kibbutz in Israel and learn Hebrew. This seemingly odd move was God’s next call for my life.

I had no Jewish background, but the more I read the Bible, the more convinced I had become that God would ultimately reveal himself to the world through the Jewish people.

While in Israel, I studied Jewish history at Hebrew University and then became a permanent Israeli citizen. That’s when I began my mandatory three years in the army, the loneliest time of my life.

It was an isolated time. Spiritually, I was extremely dry. I wasn’t reading Scripture very often. The other soldiers labeled me a “lonely soldier” because my family did not live in Israel. In the American army, you don’t get much leave, but in the Israeli Defense Forces soldiers can go home for the Sabbath every week or two. I had nowhere to go; I was alone and felt forgotten by God and family.

After the army, my hunger and thirst for God and his Word propelled me forward. An army friend named Alon went to a Bible college in England after his service just to soak in God’s presence. He wrote to me exclaiming, “We need something like this in Israel! We need Bible study in our own country and in our own language. It needs to be taught by people who are aware of our mentality and our cultural reality.” Having just experienced the isolation of life as a follower of Jesus in the army, I knew this was the next step in God’s plan me.

Vision, waiting, and step of faith

I prayed for a big organization to back our vision. No one came forth. After nothing happened for 11 years, I figured it had been a good idea, but not God’s idea. I gave it up.

Then in 2001 God moved. Out of the blue, a few local congregations volunteered venues, time, and teaching skills. It was obvious the Lord wanted us to begin.

On the banks of the Jordan, as the Israelites prepared to enter Canaan, the Lord commanded the priests carrying the Ark of the Covenant to step into the river. That step of faith parted the river at flood stage. Alon and I put our feet in the water and named our ministry Lech L’cha, meaning “go forth.” Alon left his job, convinced that God was calling him into this ministry of discipleship.

Lech L’cha is now a three-month discipleship school composed of Israeli believers primarily after their service in the army. We offer the program twice a year, during the spring and fall. Men and women between the ages of 19 and 27 live together in separate quarters, spend 150 study hours in the classroom, and develop disciplines of Bible reading, quiet time, and evangelism. They volunteer as a group with different ministries, worship with local messianic congregations, travel throughout Israel, and hike to biblical sites. Our desire is to see young, Christ-following Israeli soldiers have a close daily walk with him, read the Bible as their daily food, and be light and salt wherever they go. Through prayer, counseling, repentance, forgiveness, and healing, they find their individual identity in Yeshua (Jesus). Nothing like this exists in Israel.

We are located outside the town of Petah Tikva. By faith, a small group of Jews settled this area in the 1800s and gave the town its name, which means “Opening of Hope.” The Jews had been strangers to their biblical home for 2,000 years, and these pioneers hoped that others would join them in their land. In the same way the young men and women of Lech L’cha have an “opening of hope” in Yeshua and can “go forth” in faith spreading truth, love, and hope to fellow Jews in Israel and beyond.

Participate in God’s global mission by partnering with native missionaries like these today.