The Church Between Two Mosques 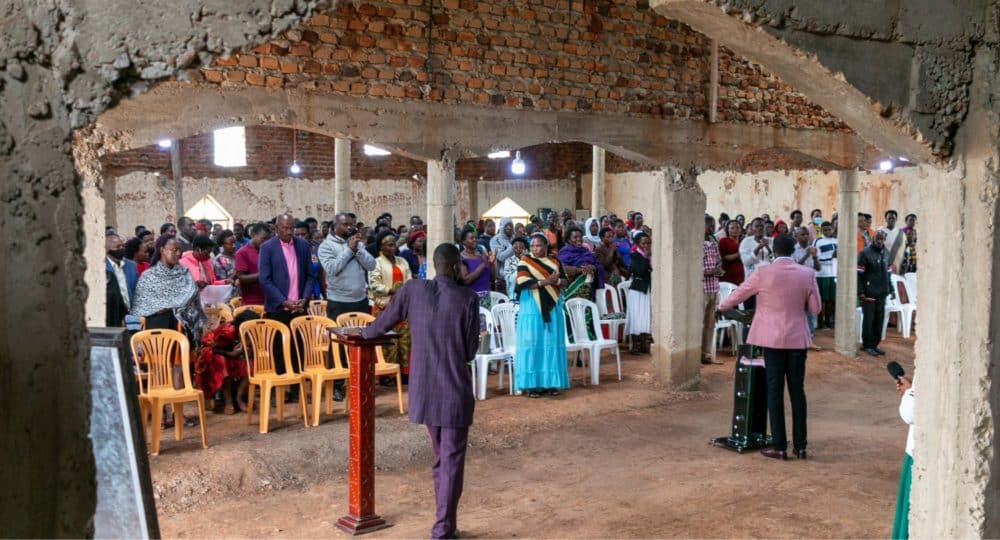 The loudspeakers from the mosques on either side of Pastor George’s nearby church blared the mullah’s voice for early morning prayer. George had just finished conducting Christian devotions with his family. He opened the front door, and the house was wrapped with barbed wire. A Muslim neighbor flatly yelled, “If you come through that barrier, I’ll choke you to death! You must stop your church and leave the area!” Several men stood by to see what would happen next. Muslims have been gaining strength in northern Uganda, historically a predominately Christian nation.

Surprising relief from persecution in court

Without an angry reaction, George politely asked if he could please just take his children to school. They finally agreed. Gingerly they made their way through a wider space in the wire. Before George returned home, he visited the police station, but the p0lice refused to take any action. Later, he took his case to three local councils, but they told him to give up his “call from God.” George replied,” If it means I die, then I die, but I’m not forsaking my vision.”

The next day, George appeared for a meeting with the town clerk to defend himself in a case against him. Sickness prevented the clerk from attending, so he sent a deputy — who happened to be one of George’s former teachers. Delighted to see George, he attentively listened to his story. Amazed at George’s calm persistence and resilience, the deputy clerk ordered everyone to drop the charges against him. Miraculously, the case was dismissed!

Church reaches out to Muslim neighborhood despite opposition

Between the Muslim calls to prayer from the mosques, George conducts Sunday worship, classes for all age groups, business training. and studies in life skills. Nights of prayer and fasting, times of counseling, home Bible studies, and discipleship occur weekly. Leaders from this mother church have planted eight churches, and George commissions additional pastors every year. He says that “Go and make disciples” is a command, not a suggestion, and he takes that seriously.

George also focuses on reaching the next generation. One outreach to children takes place at a nearby refugee camp. The camp is made up of people from seven surrounding countries who have been displaced by tribal and political wars or religious persecution. On Good Friday this year, George’s church provided a nutritious meal to hundreds of children and showed the Jesus Film. More than 50 people gave their hearts to Jesus.

George gathers his pastors together monthly for fellowship, prayer, and accountability. They combine their resources and talents to hold crusades where the Word is proclaimed to hundreds in Muslim-populated areas.

Uganda is one of the 13 countries in the world that are crossed by the equator. Sir Winston Churchill called it “the pearl of Africa.” And men like George live up to its name.

Download “21 Ways You Can Advance the Kingdom Through Prayer”