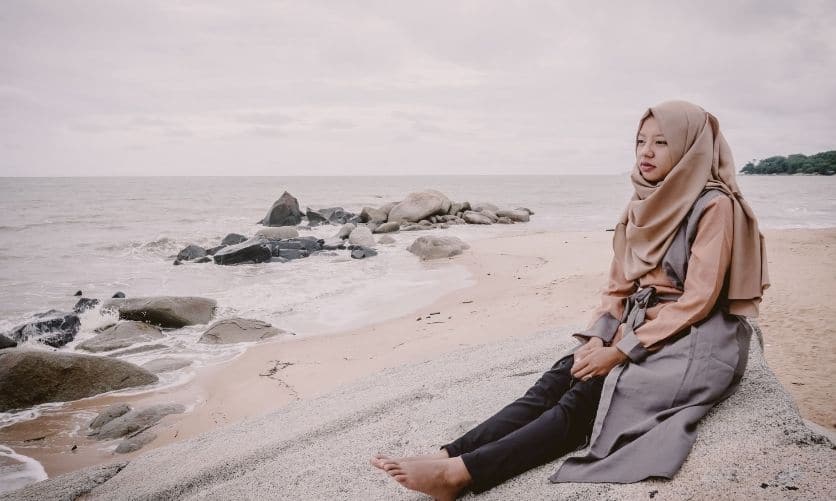 Agong was fortunate to have a good foster mother and foster grandparents to take care of her. Her foster grandparents raised her since her [foster] mother worked abroad. At age 13, Agong went to an Islamic boarding school in a remote area of Indonesia. She was very interested in learning about Islam as she was hoping to become an Islamic teacher.

One day, the school leader informed the students that they had guests who needed help with some boxes of books they had brought with them in their car.  Agong helped to carry the books into the school. The leader told each student to take one of the books. To Agong’s surprise, the book was not Islamic. On its cover was the word Bible. However, she was happy to receive the gift because she enjoyed reading.

From the first page, Agong was captivated. She realized the book told the story of a prophet spoken of in the Qur’an as Isa al-Masih (Messiah Jesus). Agong read from the Bible daily. It quickly became her primary choice for reading material. When she reached the New Testament, she became confused, especially about the identity of Jesus. Nevertheless, she was curious and wanted to know more.

When Agong returned to her hometown from school, she was surprised to find her grandmother meeting with a group of women to talk about religion. While this is typical for Muslim women, what surprised her was the topic. They were discussing the Bible! She realized they were enjoying their discussion, just as she had enjoyed reading the Bible.

The following morning, when Agong joined her grandmother for breakfast, she was further surprised. Before the meal, her grandmother prayed to Jesus. Her prayer led to a two-hour discussion. Agong struggled with believing in both God and Jesus. She thought that would make her a polytheist. Her grandmother suggested meeting with the grandmother’s teacher, which they hoped would answer Agong’s questions.

Agong eagerly waited to meet the teacher whom she learned had graduated from an Islamic boarding school. When she and her grandmother met with Pastor James, she noticed that he listened respectfully to her questions and arguments. He did not argue with her but instead suggested that she study the Islamic religious laws. Restless at not immediately receiving the answers to her questions, Agong stayed up all night rereading Islamic books she had already studied.

After Agong graduated from Islamic school in 2019, she continued discussions with Pastor James and eventually resolved her concerns and accepted Jesus as Savior. She commented, “After I accepted Jesus as my Lord and Savior, my life became more calm, full of peace. I had the certainty of salvation even though intellectually I still had many questions; I was grateful to know Pastor James who wanted to guide my family and me to the Truth in [Messiah Jesus].”

The missionary who visited the Islamic school where Agong received her Bible was an ANM native ministry leader.

When CenterPoint Church of Lexington, KY, sent funds to purchase Bibles for Indonesia, they hoped people would be encouraged by God’s Word. Little did they know that some of the Bibles would be delivered to an Islamic school, which would lead Agong to question her former religious beliefs. The consequence was that she accepted Jesus as her Savior.

Participating in sending Bibles overseas is one way to reach the lost with the gospel. Right now, when you give $10, you can send a Bible to someone in Pakistan who is hungry for the truth. Visit the ANM Gift Catalog here to give a Bible.