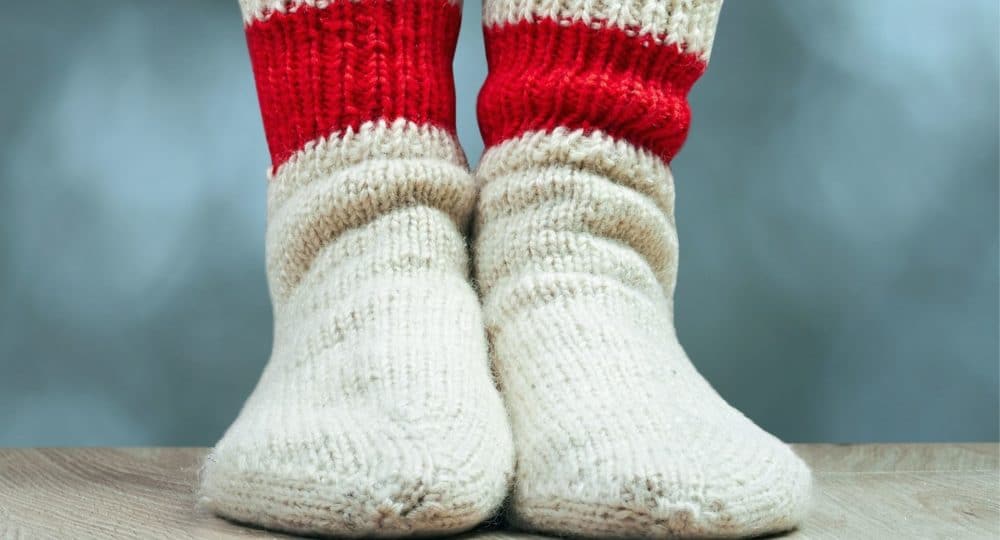 I hate cold feet! The best sledding hill from my house in Pennsylvania was a good 20–30 minute walk through lumpy snow-covered cornfields. My toes began hurting before my sisters and I took our first run. By the time we walked home, I was in tears. My feet were numb and it was hard to walk. Snowfalls were frequent and I endured constant teasing because my feet were always cold. I’ve suffered from cold feet all of my life.

A Gift of Warmth

In ANM’s Gift Catalog I discovered I could give two pairs of wool socks for only $6 and help people in North Korea. I donated funds for several pairs. My only concern was to give them a bit of comfort. When we received a letter from a ministry partner in the area, I was humiliated. I hadn’t dreamed big enough or expected the impossible.

Mr. Li fled to China from North Korea to try to find work, earn some money, and return to help his family. While there he met some missionary partners. For months they cared for Mr. Li. During this time the missionaries also told him about Jesus and they finally introduced him to Christ. After regaining his health and gaining spiritual strength, he returned to North Korea — carrying food, medicines, North Korean Bibles, and wool socks.

Winter is hard in North Korea. This year has been the coldest on record. No one has enough food, firewood, or warm clothing. Mr. Li walked his village streets and asked several men to meet him on top of a nearby mountain. When they arrived, he gave each of them a pair of wool socks. What an amazing gift! Then one of them noticed that Mr. Li’s own socks were extremely worn and his toes were sticking out from what remained of his shoes.

He asked, “Why are you giving us socks when your own are full of holes?”

Mr. Li responded, “Do not worry about me, my Father will provide all I need.”

The man continued, “Mr. Li, your father has been dead for many years. Do you have someone in the Communist Party who secretly gives you socks?”

Mr. Li answered, “My Father gives me all I need.”

The men looked at one another, shook their heads, and determined Mr. Li was losing his mind. However, they were grateful for the warm socks and thanked Mr. Li one more time.

Before they left the mountain, Mr. Li said, “Next week is Christmas.” They had never heard of the word Christmas before so they asked Mr. Li to explain. He said, “Christmas is when God was born, the God who saves us.” He then invited the confused men to come back to the mountain the next week so he could tell them more about the God who was born on Christmas and who came to save them.

When they arrived the next week, Mr. Li began telling them about the story of God’s amazing love. He told them God sent His Son Jesus to die on the cross to pay the price for their sins. He explained that Jesus died, but God resurrected Him to life. Finally, Li said, “If you confess your sins, Jesus will forgive you and if you put your trust in Him, you will have a life that is everlasting. Jesus makes a way to the Father and you too can have a loving heavenly Father who promises never to leave or forsake you.”

That day on the cold mountain wearing their new wool socks, these men began their relationship with Jesus. Some joined missionary partners in the area and dedicated their lives to be indigenous missionaries. Persecution of Christians in North Korea is the highest in the world, but dying for Christ is their joy and honor.

Nothing is Too Small When Given to God

I had a small part in changing the lives of people I have never met. I pray that when I get to heaven, Mr. Li will introduce me to the men and villagers whose lives were miraculously changed by a simple pair of wool socks. Warm feet are wonderful, but salvation in Jesus is the greatest gift anyone will ever receive.

You, too, have a way to help people enter the kingdom. Give to the ANM Gift Catalog today! 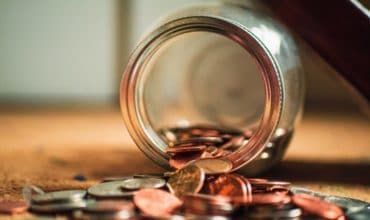