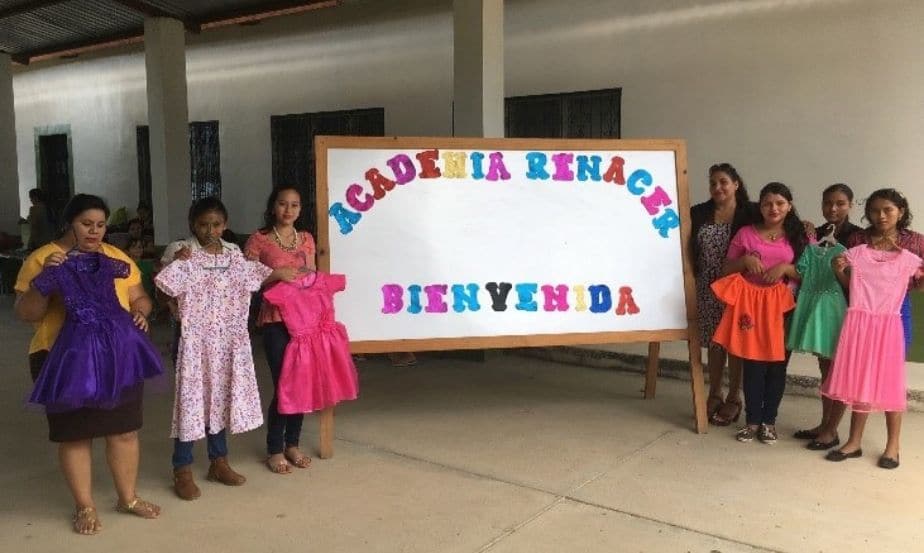 Sharp, stabbing chest pain caused her to jump every time she inhaled or exhaled. Breathing was difficult, and she coughed up yellowish-green phlegm.

Marlene Lopez fought a bacterial infection with prayer for four years because it was resistant to all antibiotics available in Honduras at that time. One overcast night in 2002, her husband Mario, his mother, his sister, and a pastor gathered once again to pray for a miracle. This time Marlene saw a bright light shine on the horizon and she felt the power of God enter her body. Blood tests confirmed the result—she was healed!

A vision to help the poor

During those lonely times in bed, Marlene ached to find a way to help the village women that struggled in the impoverished and crime-stricken neighborhood where she and her husband had a church. Too many young girls were single moms or slaves to drugs and other vices. They were held in the bondage of poverty with no education, support, hope, or salvation. While on her back she continuously pleaded, “Lord, how can I reach them?” This cry stirred within her like a raging fire.

“Right after my healing, I had a vision of a group of chained and miserable women who cried out for freedom,” she said later. “I told them there was hope and then set them free in the midst of great battles against demons. Another vision followed of a sewing academy. It was to be called Renacer, meaning rebirth.”

Marlene fell to her knees following the visions and asked God for direction—for five years. Her longing emotions were barely controllable. Then God spoke.

God asked her, as he did Moses, “What do you have in your hand?” She had two used sewing machines. The church had two Sunday school rooms and one wooden table.

With the help of ANM donors, Marlene bought two additional sewing machines, another table, and a white board with markers. The Renacer sewing academy was begun.

You can hear it in their testimonies:

“I have a totally new life! Marlene Lopez opened her school to me and taught me to sew and all about Jesus!

“After my husband passed away I had to raise three children by myself. I sold ears of corn and tamales on the street. Marlene Lopez found me one day and asked me to be a part of Renacer, where I learned about Jesus and tailoring. Today I make clothes for clients in my community. God bless Marlene!”

“My grandmother supported me, but she got sick and died. I was a lost teenager, but Marlene Lopez opened her sewing school to me and took me to church, and now Jesus is my personal savior. Thank you, Marlene, for showing me hope and how to support myself.”

Marlene has dedicated her life to seeing Honduran women become Christians and break out of bondage. Her love for God and for those around her drove her to use the gifts God had given her. To help support the family, church, and school, Marlene opened up a dress shop on the bottom floor of their home in Choluteca, a 20-minute drive from Los Rincones, where the church is. Here she sells her own designer dresses, exceptional creations of her students, and sewing materials. She even employs former students.

ANM’s regional director for Latin America, Renee Lilly, has visited the church and school in Los Rincones. Strolling along the streets was not an option three years ago. However in April, she and Marlene walked through the neighborhood unafraid. Renee noticed flowers in the yards, clean roads, and small shops operated by people from the congregation. Transformation is happening, one student at a time.

Renee commented, “I rarely have seen anyone as passionate about the Lord and her call to the people she serves as Marlene. Her passion drives her tirelessly, and resourcefulness fuels the ministry.”