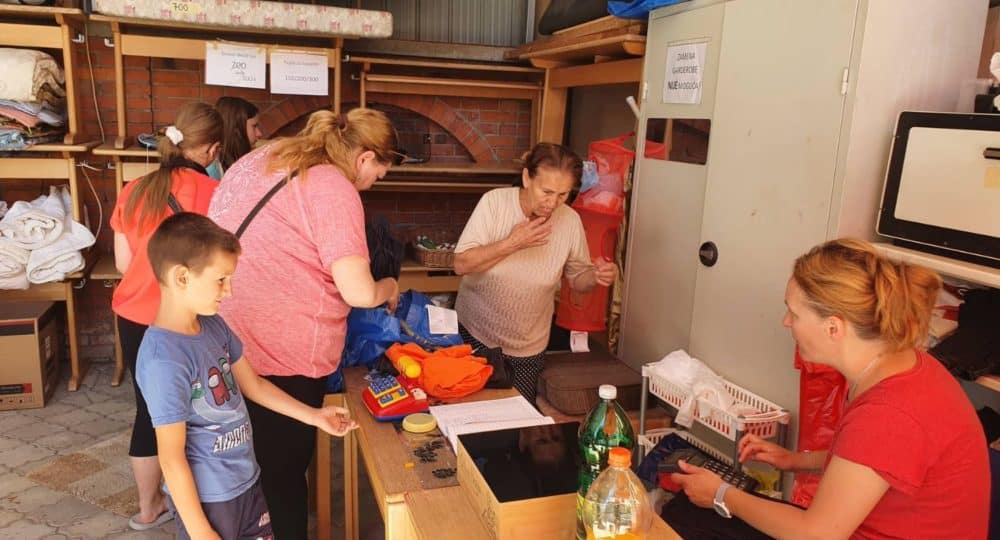 Serbian pastor Miroslav Radovanovic (his friends call him Mika) was wondering what to do.  His church had an “open house” offering free used clothing in good condition and no one in his city even came to look. People were suspicious that if things were free, there was some kind of trickery afoot.  Then a thought struck him. Offer a bargain! He knew that people from his town loved to get a deal. Here is what happened next.

Mika’s idea was to hold a clothing bazaar in the churchyard. Church members organized the clothing by size and whether it was intended for children, teens, women, or men. They sold the donated clothing cheaply, sometimes for as little as 10 to 20 cents apiece. People felt great about getting a bargain, and dozens of people came to shop and to buy.

Mika’s strategy did not stop there. When people purchased clothing items, they were asked to sign a receipt for the church records, telling how much each person paid. They also were told that if they would give their phone number they would be informed when the next bargain bazaar would happen. After several years, the church has collected over 300 phone contacts.

Not only that, but Mika tells people that he will pray for them every week if they will put their number on a prayer list.  Mika does so, and even sometimes texts people to tell them what he prayed for them that day.  People are astonished that he prays without asking anything in return.

Mika explained that evangelical churches are often viewed as cults by many nominally orthodox Serbians. Having the bazaar on the church property allows people to see what the church and its’ members  are like. Shoppers are also encouraged to watch the church’s services online. Witnessing on the street is not permitted in this area, but as Mika pointed out, church members can freely share their faith on their own property.

While the husbands wait for their wives to shop, Mika will show the men around the church and serve them coffee. Mika emphasizes to the men on the tour that the church welcomes entire families, and he shows them all the different spaces for ministry, such as a room for teens, a nursery for babies, and a playground for young children. Seeing this family-friendly focus helps the men feel more comfortable with the church.

Sharing hope and help in every possible way

One day, when the church was setting up the bazaar; they learned that the forecast was calling for rain. Blaza, Mika’s wife, responded when she saw dark clouds and heard cracks of thunder, “Don’t worry. We prayed. It is not going to rain.” Mika said it rained everywhere in the city but not at the church. One woman called her sister, inquiring if the event had been canceled because it was raining at her house. She was told, “Come on. Come to the bazaar. It is not raining at the church.”

There is an information booth at the bazaar. When people buy clothing, they are encouraged to visit the booth, where they receive a Gospel tract or some other small gift. Receiving a gift after they have purchased something causes them to think favorably about the church.

The information booth has a sign-up sheet where people can check that they want to receive a Samaritan’s Purse shoebox gift at Christmas, a Bible, or prayer. They leave their phone number to be notified about the shoebox gift distribution or when the Bibles are available. To MIka’s  great joy, 28 people asked for prayer at one bazaar.. His prayer and his follow-through with them helped build respect for the church in a skeptical community.

Would you consider downloading the “21 Ways You Can Advance the Kingdom Through Prayer” guide? There you can learn how to pray for ANM’s 13,510 native missionaries and for the advancement of the Gospel throughout the world. Missionaries like Mika need God’s help and wisdom to overcome false teachings, anti-Christian laws, and many other challenges. By praying for them, you can be a part of the solution to meeting their needs.

Download “21 Ways You Can Advance the Kingdom Through Prayer” 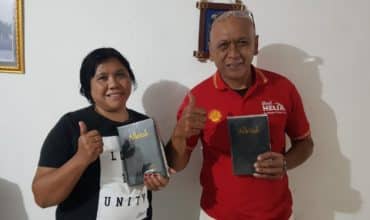