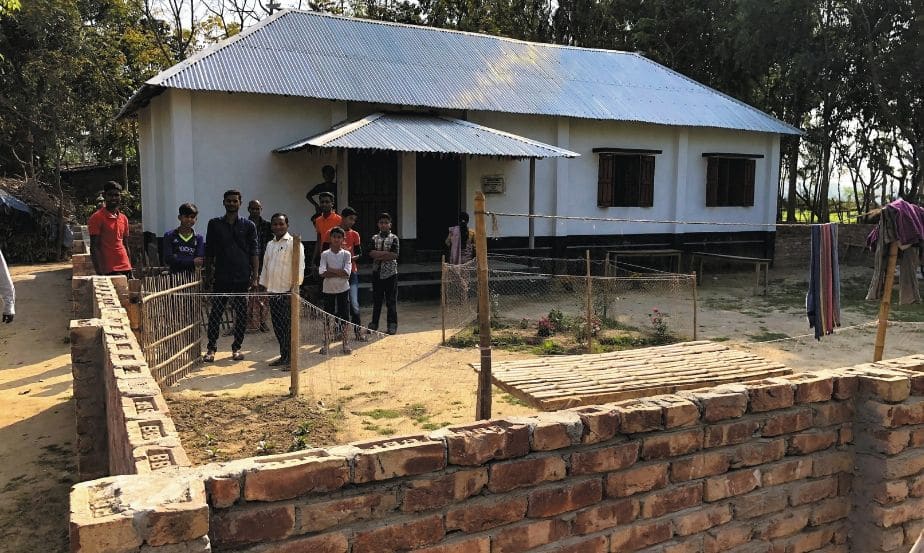 Religious persecution so often produces exactly the opposite of what its perpetrators intend.

Those who persecute Christians seek to stamp out, or at least severely restrict, Christian faith and practice. But this rarely happens. What often occurs is renewed dedication, purification of the church, and more creative approaches to worship and witness.

For example, late last year an Advancing Native Missions ministry partner* in South Asia sent us this request for prayer in the face of mounting persecution:

Last Sunday policemen came to our church with a few intelligence officers. They checked the church registers, questioned [the church leader]* and many of the believers. There were about 120 people in the church. The religious extremists had filed a complaint against [the leader]* regarding forced religious conversion. The officials accused [our leader]* with different matters which they could not prove. Then in the evening he was called to the police station and was asked to continue the worship only after getting written permission from the District Magistrate.

House-church meetings continued in believers’ homes in the villages, despite significant religious persecution. Even after this church’s building was closed for more than three months, they were allowed to conduct a special Christmas service. To everyone’s surprise, the building overflowed with more than 300 worshipers.

This story shows a typical model for persecution in parts of South Asia: religious extremists make unproven, and unprovable, accusations of forced religious conversion. The government responds by detaining leaders or calling them in to answer questions. The authorities then instruct the leader to cease all public services until and unless he receives written permission to conduct such services. This is all done under the cover of preserving the peace.

This incident is only one example of many such persecution events in the region. Our local ministry partner* wrote to tell us about other challenges Christians were facing around the same time.

Attacks on churches and the disturbing of worship are [on the rise] these days. Five brothers from a village church in [a major city]* were also arrested. A very big gathering in another district* was completely [shut down] and 271 people…were arrested. [Government authorities] didn’t allow [this congregation] to conduct worship [by having] the police force and extremists camp [outside the church]. [They forced] all the believers who came for worship to go home. More news of persecution is coming up every day.

The greatest irony is that this series of provocations has only served to generate trending social media posts by local Christian believers.

[This] persecution has resulted in the spreading of testimonies of believers through social media which will surely add to the church growth in [our region]*. We strongly believe this is the time of testing as well as testimony.

Our partner also witnessed God’s hand in these major victories of the past year:

How can you help Christians in these situations? One leader sent this request: “Kindly pray for divine wisdom and courage for the…believers to face the problem and come out victorious.”

Down through the story of the church, the irony of persecution has provided both times of testing and times of testimony. When Jesus tells the Apostle Peter that “I will build my church, and the gates of hell shall not prevail against it,” Jesus is making a promise that nothing can stamp out the people of God. The church may be forced underground or into homes and huts, but it cannot be destroyed by governmental, cultural, and religious opposition.

Support Christians in regions where persecution — and growth — is highest.