Refugees and Persecution: the Connection 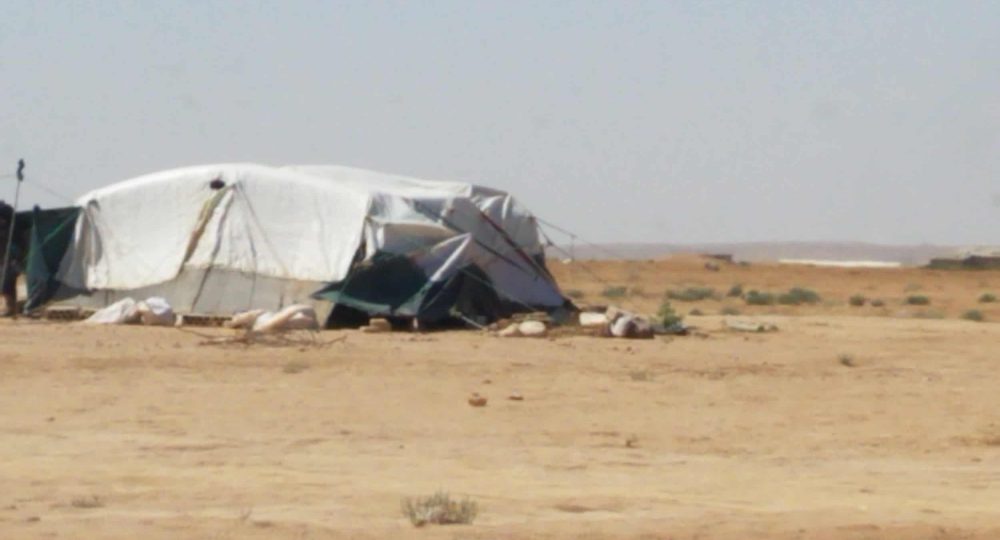 – from “Home” by Warsan Shire, a British-Somali poet; quoted throughout

There are now more than 68 million people globally who have fled their homes to escape the shark mouth of persecution, violence, hunger, and terrorism. That is the largest number of dislocated people in recorded history. Those who experience both religious persecution and life as a refugee are often trapped in a vicious cycle of threats, violence, and dislocation. According to the charity Open Doors UK and Ireland, “religious persecution is playing a ‘central role’ in the global displacement crisis.”

On a recent visit to our partner ministries in Jordan, ANM Warehouse Director Jonathan Constant and his wife, Karin, were introduced to three Iraqi refugee families, all Christian. Each adult in these families is well educated, and all had held good jobs in Iraq. They told harrowing stories of persecution, threats of violence, and discrimination against Christians in Iraq.

One man told Jonathan through an interpreter that his family had been living in the northern city of Mosul in the historic Nineveh province. When ISIS invaded their region, the persecution of all religious minorities became severe, especially for Christians. The homes of Christians were painted with the Arabic equivalent for the English letter “N” indicating that the family was loyal to the Nazarene, that is to Jesus.

One of the young women interviewed was denied the university diploma she had earned in petroleum engineering, and she was fired from her job because she refused to “cover.” This means more than simply wearing the traditional head covering for women. To “cover” in this circumstance carries the weight and symbolism of conversion and conformity to Islam. The persecution then turned to violence. The families’ homes were burned and their children threatened with kidnapping because they refused to deny their faith in Christ. Jonathan and Karin saw shocking photos and videos of the destroyed homes on the refugee families’ phones. The families fled to Erbil, the de facto capital of Kurdish northern Iraq. But even after ISIS was pushed out of the region, the ISIS-inspired hatred toward Christians continued to prevail even in Kurdish northern Iraq.

you only run for the border

when you see the whole city

The three families were forced to flee again, this time seeking refuge in Jordan. They now live in a single house in the city. They receive some aid from ANM’s local partners—none from the U.N. at this time—as they wait and pray for the opportunity to immigrate to another country. Even in Jordan the Christian Iraqi refugees continue to suffer discrimination and are routinely placed at the bottom of the list for immigration services. All these men and women want is to find a safe place for their families to live, the opportunity to do productive work, and to worship freely as Christians. Nevertheless, they would go home to Iraq if it were possible.

i want to go home, but home is the mouth of a shark

home is the barrel of the gun

and no one would leave home

unless home chased you to the shore

Karin Constant, in an interview for an ANM podcast series on Jonathan’s and her visit to Jordan, shared how her eyes were opened to the plight of refugees (listen here). She began to understand the massive stigma attached to refugee status, especially for those from Muslim-majority countries. Karin had never critically questioned the idea that refugees from the Middle East are most likely terrorists or criminals, or both. But the experience of actually meeting and listening to these well-educated men and women made her realize that the vast majority of refugees, regardless of religion, are fleeing terrorism and violence. They are not the perpetrators of terrorism. They are its victims.

you have to understand,

no one puts their children in a boat

unless the water is safer than the land

The World Watch Monitor reported in 2017 that “in its latest annual survey of the 50 countries where it is most difficult to live as a Christian, the charity noted that more than half of the world’s refugee population come from Somalia, Afghanistan, and Syria, all countries in which identifying with the Christian faith was, or had become, extremely dangerous.” Christian refugees from Iraq, like those Jonathan and Karin met, experience the same, sometimes greater suffering as their fellow believers from other parts of the Middle East and North Africa.

but i know that anywhere

is safer than here

Persecution and seeking refuge are intimately tied together in the lives of millions of our fellow human beings around the world. Many of these women, men, and children are our Christian sisters and brothers. The Apostle Paul’s exhortation in 1 Corinthians 12:26–27 is therefore highly appropriate for us today:

“If one member suffers, all suffer together; if one member is honored, all rejoice together. Now you are the body of Christ and individually members of it” (ESV).