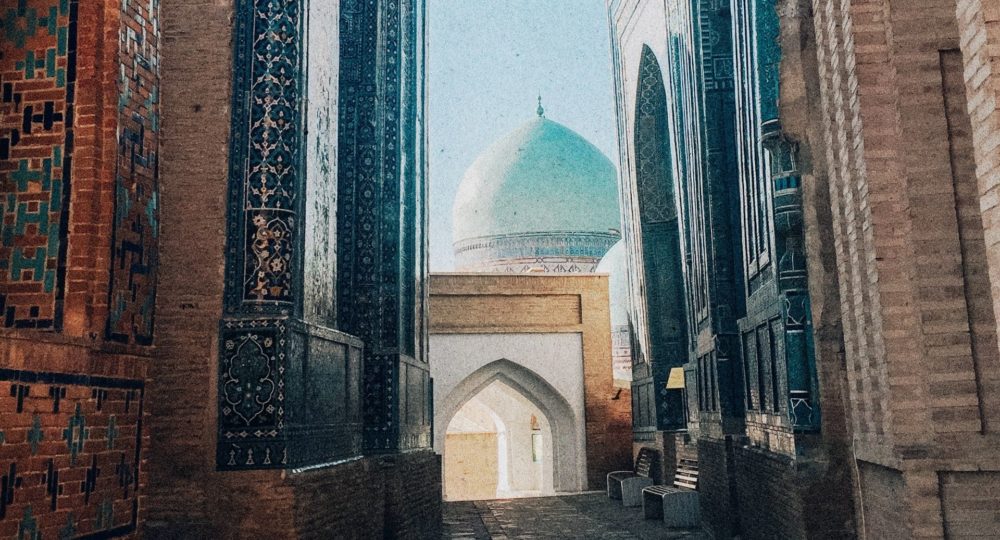 This first episode of our very first season of the Native Missions Podcast features Eric Vess, Writer and Content Contributor at Advancing Native Missions. After his recent trip to Turkey, Eric was excited to share the fascinating story of a husband-and-wife ministry team reaching their Muslim neighbors in Central Asia. An excerpt from the woman’s testimony, narrated by Eric, follows.

When Miriam* came to faith in Christ through her American English teacher, she kept it secret for months.

Finally, she came home one day and her father proudly announced to her, “You’re engaged and you’re going to be married a month from now.” And she just went, “No. I’m not marrying a Muslim.”

“Because I believe in Jesus,” she said. “I’m a Christian now, and I’m not going to marry a Muslim.”

The father got very violent. He started hitting her. He struck her on the face. He insulted her. Finally, he took her by the arm and led her out to the cemetery near their house and said, “I’m going to put you in the ground here unless you choose family over Jesus.”

She said, “Well, I have to choose Jesus.”

At that moment, she thought, “Oh my goodness, he’s going to kill me right here.” But her grandfather came up to them and said, “It’s Ramadan. You can’t kill anybody during Ramadan. It’s a sin. And there are two days left before Eid al-Fitr, the feast at the end of Ramadan. And so you have to wait for two days before you do anything.”

Just imagine if you were Miriam, and all of a sudden you thought you were going to die right then and you find out it’s going to be two days before it happens — what are you thinking over that period of time?

She thought, “I might reconvert to Islam. I don’t want to do that. I want to stay loyal to Jesus.”

At the end of Ramadan, there’s always a big festival. One of the things that families do in this particular country is to go out to the graveyard to honor their dead relatives. So Miriam’s whole family was out in the graveyard, and she was at home with one or two women.

And she makes up her mind right there on the spot. “I’m going to run away. I have to run away, because if I don’t run away, my father’s going to kill me.”

At the moment that she makes this decision, the phone rings and there’s a woman she’s never met on the other end of the phone, and she’s right outside with a taxi, and she says, “Come out, come out now. I’m going to hide you, I’m going to take you away.”

So Miriam goes outside and the woman says, “Get in the taxi.” She literally pushed Miriam into the taxi and they left. The only things Miriam brought with her were her passport and a picture of the family.

Somehow the international church in that community had heard about Miriam’s situation and had told several people. This woman went to rescue her. She took Miriam to another village, put her in an apartment, and fed her for three months. During that time, there was some intense discipleship and prayer going on, and Miriam is trying to decide, “What am I going to do next?”

When I listen to this testimony, I’m thinking, “This is a book … This could be a movie.”

Hear the rest of Miriam’s story — and more about what God is doing in Central Asia — in Season 1, Episode 1 of the Native Missions Podcast.