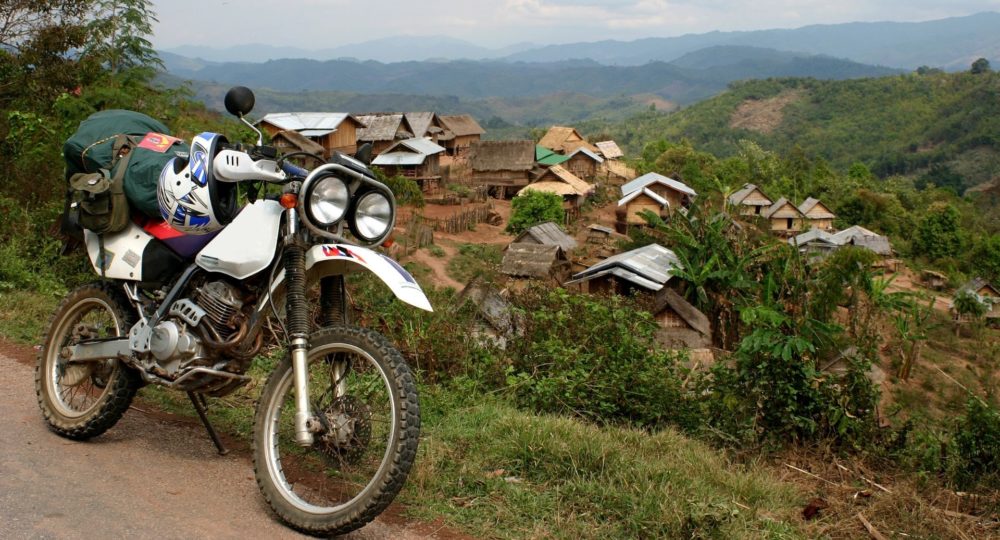 Thao’s entire body vibrated from the sound and energy emanating from his motorbike. With the sun in his face and the wind at his back, he maneuvered his vehicle through the Southeast Asian countryside. Watching for potholes, debris, and strewn rocks took concentration. So when he came to a waterfall, he stopped to pray. Croaking frogs electrified the humid air and the earthy smells filled his nostrils. Evangelizing in this closed country is strictly forbidden and Christians are persecuted.

Thao settled his Spirit and continued his journey to an unreached Akha village he’d visited before. On his back he carried brooms, dolls, baskets, resins, and special teas. In his heart he carried Jesus.

In 2007, when Thao was a teenager, his biological family vanished and never returned. A missionary couple supported him through high school and vocational training to be a mechanic. They also raised him in the love of the Lord. He accepted Jesus as Savior and was discipled to be a missionary to his own Kmu tribe and others. Today he operates a small motorbike repair shop and acts as a traveling merchant selling forest products. While selling his wares, he shares the Good News.

An Act of Mercy

On this day, the hospitable villagers gathered around Thao and surveyed what he had to sell.  After a time of business, relatives of a poor 30-year-old widow named Sunya approached him. “You come often,” they said. “You bring things we need, and share hope. You are kind, honest, and have a steady income. Our special Sunya cannot support her daughter. We want her to have a better life. Will you take her and raise her as your own?”

He looked at the pleading faces and remembered the man and woman who changed his life. How could he possibly say no? If this mother could make such a sacrifice, he could too. Amid tears of joy and pain, he carefully took the child home.

This act of love opened many hearts and the next time Thao returned to the village, they eagerly listened to what he had to say about Jesus. Over the next five months he returned several times and shared more about the wonderful Savior of the world. Today, seven Akha families, comprising over 40 people, are now trusting Jesus as their Savior.

In gratitude, Thao says, “The surpassing grace of God sought me out, and my desire is to be used by Him to share this grace and love with others who have never heard of Jesus.”

Download our prayer guide, “21 Ways You Can Advance the Kingdom Through Prayer,” to discover more ways you can pray for unreached people around the world.