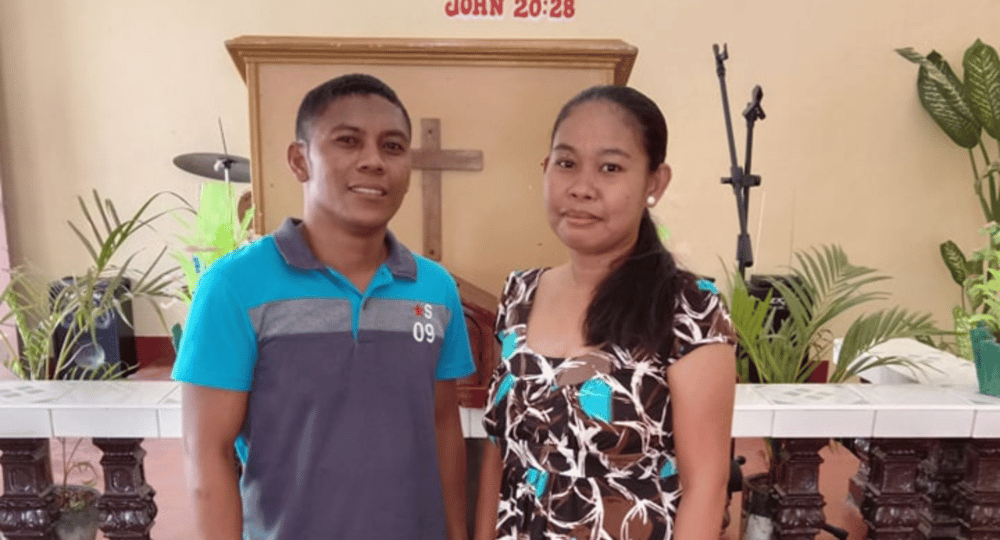 Virgilio Osasa knew that his son, Sito, had little hope for a promising future. As an Aeta child, Sito came from the poorest of the poor in the Philippines. He had no access to education, but his father wanted a brighter future for Sito. Virgilio traveled with his seven-year-old son to the town of Castillejos, hoping to enroll him in the Aetas Bible Study Center, where there was a children’s home and Christian school. When Virgilio asked that Sito be enrolled, Wilson and Cora Ladringan welcomed the young boy.

Missionaries provide hope for the future

The Ladringans soon saw they had made a wise decision, as Sito was a quiet, hardworking, and intelligent child. He worked and studied diligently, graduating as valedictorian of his class. But his next step was a shock to the Ladringans and his father. Sito returned to his village at Kanaynayan to help his father on their small farm.

A year later, with prayers, encouragement, and support from his father and the Aetas Bible Study Center staff, Sito enrolled in Bible college. He completed his college studies and earned his master’s degree so that he could return to serve with the ministry of Aetas Bible Study Center. He wanted to do this to pay back the goodness, kindness, love, and support he had received from the Lord through the ministry. The Ladringans gladly accepted Sito and his wife, Michelle.

Becoming a native missionary to reach his own people

Sito shared about that difficult time, “We lost our first baby, and I thought it was the end for us in the ministry. We questioned the Lord why He allowed this to happen to us. We did not know what to do, whether to continue or stop serving our Lord. But when the Lord healed Michelle from depression, we knew the Lord wanted us to continue serving Him at the [Aetas Bible Study Center]. He rekindled our passion to go and share the Gospel with our own people, the aboriginal Aetas of the Philippines. Today, by the grace of God, aside from the church we are pastoring in Palayan, Michelle and I were able to plant another church in the village of Bagang. There are 30 Aeta families we are ministering to in that village. All of them have come to know the Lord, and some of them were baptized in water. We are now praying to plant another church in the village of Kanaynayan, where I was born. We have started a feeding program for kids in that village. Soon we will gather the parents of the kids and conduct Bible study. Please pray for us and with us that another church will be planted in that village.”

The vision of the Aetas Bible Study Center is to raise Aeta children to become missionaries to their people. God has used Sito to help fulfill that vision. Virgilio Osasa wanted a better life for his son, and God used this ministry to make that happen.

Help the next native missionary

When you support native missionaries like Sito who desire to win their families, friends, and villages to the Lord, your donation makes an eternal difference. Monthly support enables a missionary like Sito to reach multiple towns and many people with the Gospel. Please consider supporting a native missionary today.