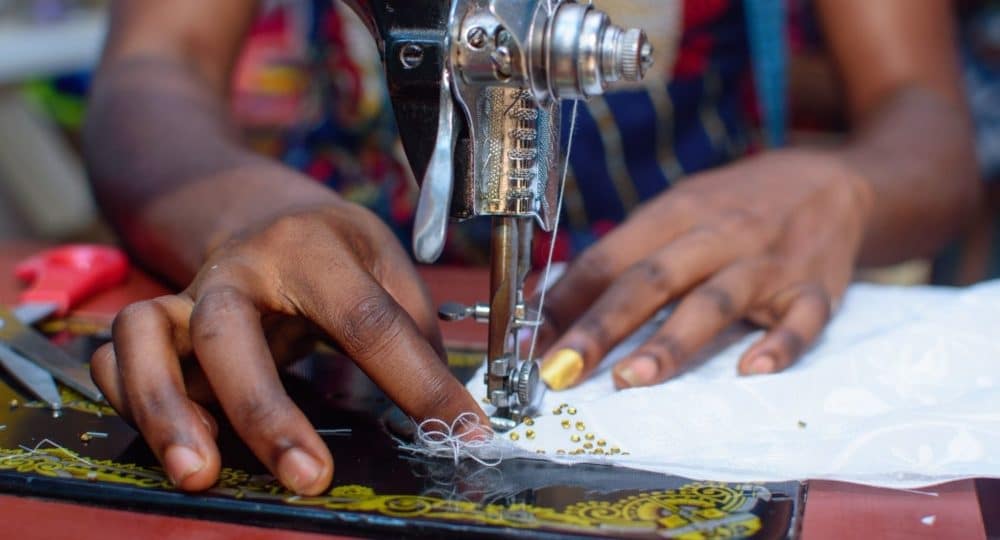 Almaz nervously sighed and rapped her fingers on the sewing machine. She hated exerting effort in this meaningless action, but her anxiety was near the breaking point. The rhythmic sound of needles puncturing fabric fluttered like hummingbird wings all around her. She stood, took her scissors and tape measure to the cutting table, and stared at the patterns.

Throwing her hands in the air, Almaz sunk into a nearby chair. With her head in her hands and eyes dripping tears, she cried out, “My mind won’t work. It just feels full! I don’t understand any of this!”

Almaz hated living with her mother, but her job as a café worker didn’t provide enough to do otherwise. Her pastor had recommended she take a free sewing class that would help her find a job after her four months of training. The idea of a career gave her a huge adrenaline rush! Desperate to take advantage of this opportunity, she gave it all she had. But, it seemed that all she had was not enough.

Meskeram, the sewing instructor, rushed to her side. While holding her in a warm embrace, Meskeram began speaking scripture over her: “So do not fear, for I am with you; do not be dismayed, for I am your God. I will strengthen you and help you; I will uphold you with my righteous right hand” (Isaiah 41:10). This act of love released months of emotional trauma. A puddle of tears formed at Almaz’s feet. When the weeping ceased, Meskeram shared her own story.

As a 14-year-old single mom, Meskeram supported her only son as a sewing instructor until the COVID pandemic put her out of a job. Shortly after that, the church took the youth group to a waterfall. In a freak accident, her son drowned. Devastated, she plunged into the darkness of depression. She, too, felt she was drowning. It was like falling down a bottomless shaft. Each day the hole became deeper, darker, and more enveloping. She mourned not only the death of her son, but her own death as well. Her mind seemed stuck and paralyzed.

After hospital stays and piles of pills, she attended a devotional meeting, and the Lord spoke to her, saying, “A new project is coming your way and you will lead it. It will be your healing and the healing for others.” Two years later she was asked by Advancing Native Missions’ local partner to head up these ongoing free sewing classes. Native missionaries in Ethiopia, supported by ANM donors, are using these classes to help young women find employment.

Days later, all that Almaz had been taught made sense. God literally opened her mind. Sewing became her passion. She arrived before Meskeram in the morning and was the last to leave at night. She was one of six graduates from this first class. Almaz developed an interest in design, and her graduation dress outshone all the others. After the ceremony, Almaz’s sister, stifling tears, approached Meskeram and said, “You took a risk and rescued a member of my family. Thank you so much! She was struggling, but you helped her, and she now has the ability to secure a good job.” And what a job she secured!

A Christian owner of a garment manufacturing plant in the city hired Almaz and two other young women from the sewing class. Almaz quickly became his best worker and was promoted to supervisor. She discovered the factory could not keep up with the demand for soccer uniforms. Instead of sending these orders to other factories, Almaz suggested that Meskeram begin production with the trained graduates. This would provide jobs for the women and make the sewing school self-sustaining. If it worked, the idea could be used all over Africa.

To begin this next phase, a large production space needs to be rented, raw materials secured, and additional sewing machines purchased. Almaz has volunteered to oversee the production plant that would make both soccer outfits and reusable feminine products.

ANM exists to come alongside ministries and give them a helping hand to spread the Gospel. Small investments can do just that. The ultimate vision of these women in Ethiopia is to earn enough to support themselves and use any extra revenue to support missionaries reaching people groups who have never heard the name of Jesus. We want to see this through to its natural end.

Gifts from ANM donors sponsor small business projects like this. Most require low-level investments. Your gifts will help extend this opportunity to others.

To contribute a sewing machine, visit the ANM Gift Catalog.