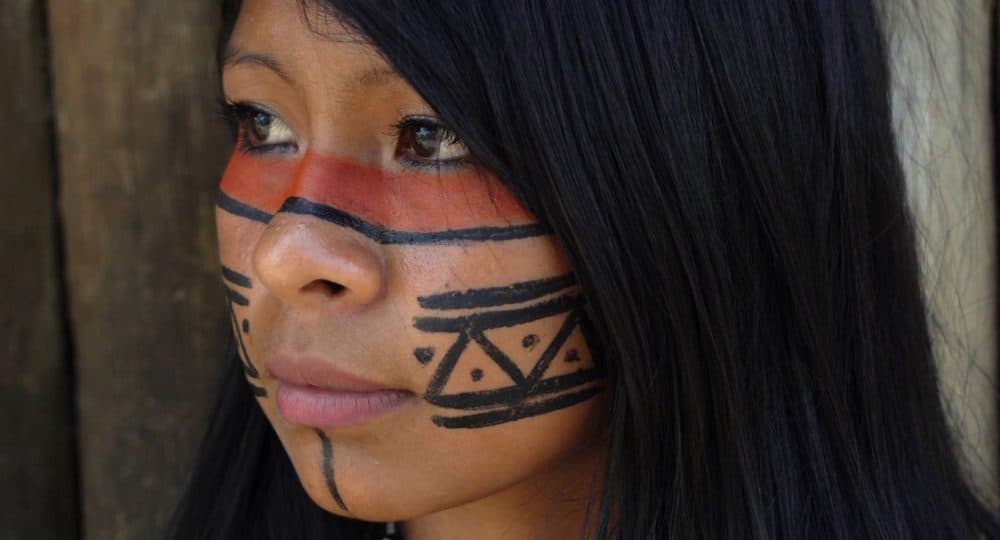 Fourteen-year-old Maria ate her restrictive diet of local white foods. Salt was forbidden. She sat alone on the dirt floor in a secluded cave in the Sierra Mountains of Colombia. A loose white dress covered her body.

While Maria was still in her mother’s womb, the tribal diviners in the village had chosen her to become a priestess. Her training began at birth. She endured long periods of sensory deprivation to increase her spiritual sensitivity as an intermediary between the spirits and the material world. Every movement and behavior needed to be aligned with the rhythms of nature so she could exercise the ancestral wisdom for future generations.

After years of rituals to heighten her powers to translate messages from all realms, Maria was to be married to a male counterpart who had undergone similar grooming in another part of the village. Together they would wield great demonic power.

One day, when Maria was sitting outside her cave, a native missionary passed by and shared the Gospel with her. She finally realized that her life consisted of works laid out for her by the village elders. With Jesus, she could have true freedom! Secretly, she accepted Christ. The heavy weight of responsibility that had been put on her was gone! Months later she shared the Good News with her parents and seven siblings. They, too, embraced Jesus as Lord and Savior.

The village noticed a change and began asking questions. The family confessed to becoming Christians. In their culture this was nothing less than betrayal. They needed to recant their Christianity or be killed. Men closely guarded their home. Missionaries in the area were informed, and a time and place were established to meet for rescue. The designated missionary waited for hours, not knowing if the family would be able to reach him. He prayed the Lord would provide a way of escape. Miraculously, the guard fell asleep and the family quietly slipped past him in the middle of the night.

The priestess and the other nine members of her family made their way through the dense woods and vines in the dark. A chorus of insects and frogs accompanied them as they hurried between the waterfalls and river crossings. Tears of relief flooded their eyes when they saw the missionary, and they fell into one another’s embrace.

Coming from the mountains, the family’s Spanish was limited. But love, hugs and smiles communicated. A missionary team situated them in a safe place and is meeting their needs. They are learning Spanish, the children are being educated, and the ministry team is equipping the father to provide for his loved ones. Some say “it takes a village to raise a child.” This missionary village has gathered around these 10 people to ensure that they survive and thrive. The enemy had a plan for Maria, but so did God.