Mexican Ministry Leads Next Generation to Jesus through Soccer Ministry 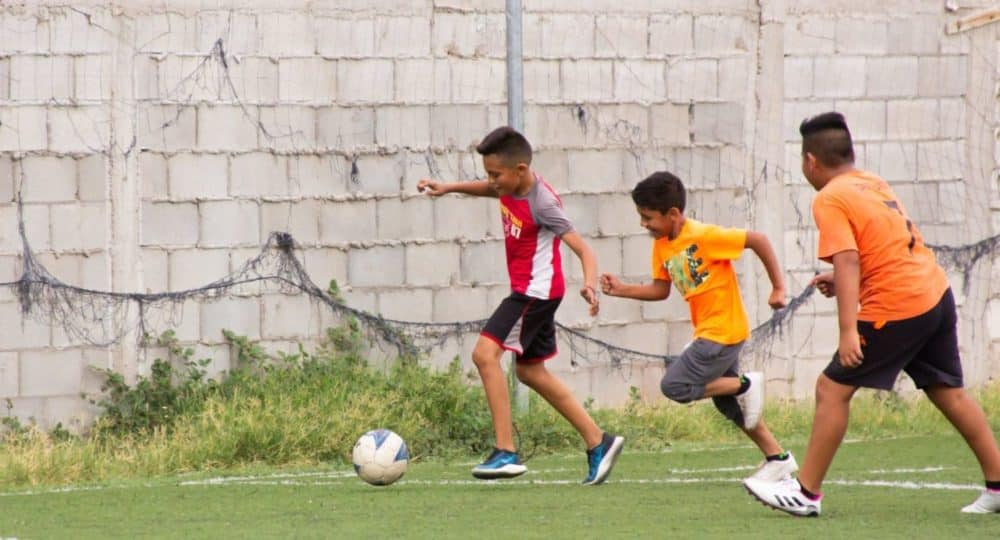 Pati walked into the Saved by Soccer team meeting with a scowl on her face. It was evident that this 12-year-old girl, who came to the team interested in developing her soccer skills, had a bad attitude. Later, the leadership of the team, run by Seedtime and Harvest Ministries, would find out that her anger sprang from years of abuse and neglect from her family. Pati quickly learned to take out her aggression on the soccer field. She also learned how biblical principles could be applied to soccer. When her team won a tournament, the coach encouraged the team members to attend the ministry’s church and present their trophy to God. This served to remind them that their skill and strength, which led to the victory, were gifts from God. Pati felt God’s presence at that church service and committed her life to Jesus.

Her conversion was so complete that Pati realized she no longer had to submit to the daily sexual abuse she suffered at home. She confronted the male relative who had been abusing her, but, sadly, the confrontation resulted in her grandmother throwing Pati out on the street. She was homeless for three months until her mother persuaded the family to allow her to return home. Within the next two years, Pati introduced everyone in her family (except her father) to the Lord!

Through the teaching she received from Seedtime and Harvest church, Pati developed a passion for the lost and for missions. She took many “faith trips,” in which a missionary trainee is given a sack lunch and enough money to travel 12 hours from their starting point. They are then encouraged to find a “person of peace” (Luke 10:6) and to share the Gospel in that community, lead others to Christ, and plant a church if possible.

During one trip to the predominantly Muslim island of Mindanao in the Philippines, Pati met with the ruling imam and shared the Gospel. Many came to Christ because of her bold witness.

From her humble beginnings, God has transformed Pati into a dynamic evangelist and teacher.

Seedtime and Harvest Ministries, under director Stephen Tolman in Mexico, has been transforming lives in a violent, gang-infested area of the country. One of their primary outreaches for over twenty years has been the Saved by Soccer ministry. Children are encouraged to join the soccer team, getting them off the streets and introducing them to Jesus. They learn to apply biblical principles to the situations they face while playing soccer. While the young people are being trained, helped, encouraged, and taught God’s Word, some sense a call to ministry. Stephen and his team pray for them and offer various experiences to help them find and fulfill their calling in life.

Raising children to serve the Lord comes naturally to Stephen and his wife, Marcela. He shared recently that “From the beginning, we involved [our children] in everything because it was either separate family and ministry or have more family time by involving them in ministry.”

He said his daughter, Elisa, helped her mom, Marcela, treat a bullet wound for the first time when Elisa was five years old. Stephen said, “A guy who was in prison was wounded. The Red Cross didn’t want to go into the prison, and he had been shot in the leg.” Marcella went to clean the prisoner’s wound. Elisa helped. She held the bandages and the medicine to put on the wound.

Stephen continued, “I figured we could shield them from violence, or we could explain what’s happening and explain the difference between sin and righteousness. That’s what we tried to do.”

His method obviously worked. Both of his children are grown and serving in Seedtime and Harvest. So, when Stephen encourages children in Saved by Soccer or other ministry initiatives to get involved in God’s work, he knows what is involved and how to guide them through the difficulties they will face.

Native evangelists and church planters reach people in areas where foreign missionaries aren’t welcomed or allowed. Native missionaries need support to do the work God has called them to do. Would you consider donating to support faithful workers like Stephen, Marcela, Elisa, and others who have the vision to reach the unreached in their countries for the Lord?