When the Leader Died, Who Would Continue the Ministry? 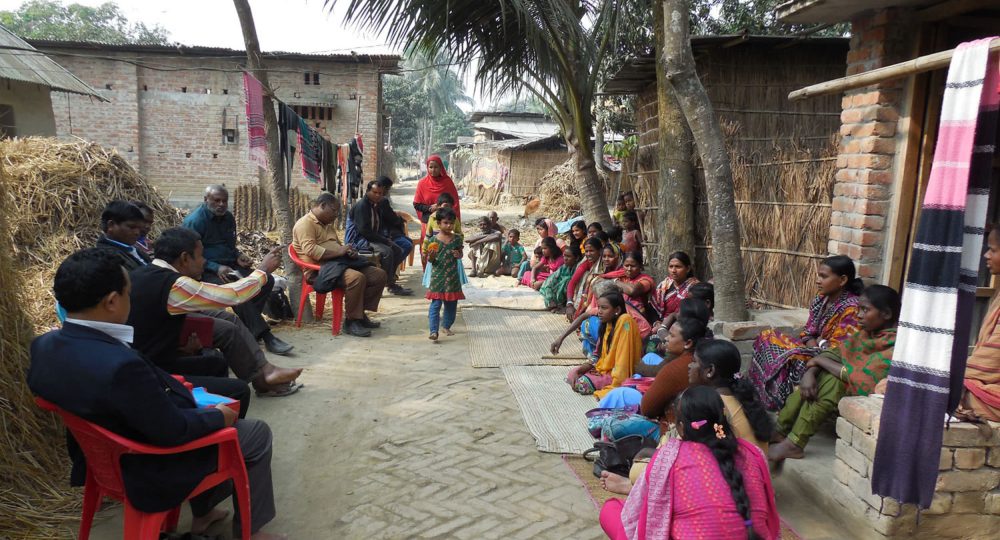 “No!” screamed Mrs. S.B. Debnath as she stood in a puddle of amniotic fluid. She was only seven months pregnant, but her labor had begun, and it went on for hours. When she finally delivered young Timothy, the near lifeless form was only eight inches long.

Medics rushed Mrs. Debnath, weak and exhausted, from Bangladesh to a hospital in Assam, India, while an Australian Baptist missionary put Timothy in an incubator in Bangladesh. Both recovered, and Timothy grew to a feisty adult.

As a fiery communist, Timothy joined the Freedom Fighter Movement that led to East Pakistan’s war for independence in 1971. He was the leader of a bomb factory that produced deadly weapons for their insurgency activities. One workday, he took a short nap under a tree not far from the factory—and overslept. “BOOM!” He jolted awake to see his factory in flames. The explosion maimed or killed all the workers in it.

Thoroughly shaken, he joined some 10 million refugees and fled to neighboring India. The war resulted in the formation of the People’s Republic of Bangladesh.

While in India, Timothy wondered, Why am I still alive? Remembering the circumstances of his birth, he concluded that a living God had saved him for His purposes—not once, but twice! He put his trust in Jesus Christ.

In 1984 two other missionaries and Timothy began a work called Bangladesh Outreach Ministry. In a country where 90.4% of the population was Muslim, that was no easy task. Bangladesh is considered one of the world’s most economically depressed nations, and most families live on less than $1.00 a day.

However, the Lord of heaven and earth initiated this ministry and gave Timothy His promise: “He who began a good work in you, will bring it to completion at the day of Jesus Christ” (Philippines 1:6). God’s work cannot be stopped—though the enemy will certainly try.

From growth to death

By 1992, Timothy had 21 missionaries spreading the Gospel, and they had planted 16 congregations. Contributions then slowed, and he went into debt. The days were hard, the interest high, his health was poor, and he wondered how the ministry would survive.

He and his wife made a difficult and controversial decision to sell a family property. They paid their debts, his health improved, and Timothy began a business selling hospital equipment to provide funds for the ministry.

In 1995 Timothy met a man of Roman Catholic background, Louis Biswas. Louis had been studying for the priesthood, but when his family fell on hard times, he left his training to find employment. Timothy hired him to assist with the business, but Louis had no concept of a personal relationship with Christ.

A year later, Bangladesh Outreach opened a Bible school. Louis attended, and came to know Jesus Christ as his personal Savior. Louis then became Timothy’s right-hand man, helping with all aspects of the ministry.

The ministry flourished again. By 2001 it had 35 workers engaged in a variety of ministries in every corner of Bangladesh. This included personal and mass evangelism, a Bible correspondence course, women’s ministry, vocational training, and aid to needy children.

Then Timothy started having physical problems. After expensive tests, he discovered he had an inoperable brain tumor. He wrote to say, “The pains in my body are increasing beyond my power to endure. This means more treatment. I am extremely sorry to have to use [God’s] money on me.” He suffered for six months and died in his sleep on April 27, 2002.

Would the ministry die, too?

While he was sick, Timothy left these instructions. “If I die and my wife, Elizabeth, wants to continue the ministry, then my younger brother and sister will help her. If they do not want this responsibility, divide the money we have among the missionaries and close down the work.”

Elizabeth was willing. Timothy’s younger siblings were not. Yet willingness is not competence. Elizabeth had no idea where to begin. Would Jesus really complete the work of this ministry that he began in 1984?

Things went downhill. Slowly, the number of missionaries dropped to eight. Louis then stepped forward to help Elizabeth. God needed someone to stand in the gap, and Louis gladly assumed the role. He wrote letters and answered donors, since Elizabeth didn’t know how to use the computer. Though he insisted Elizabeth was still the leader, his diligent management and follow-through spared the ministry. Interest and support revived.

In Louis’ latest communication with ANM he gave God the glory that with Him all things are possible.

We thank the Lord for our 36 missionaries who are spreading the Gospel among 30 different people groups. We recently found a new tribal group called the Bhar and have begun a work among them.

During the last six months of 2016, the message of salvation was shared with 1,800 people. The Kingdom grew by 250 souls from eight unreached groups; 174 took baptism and five new house churches were established.

We began a free primary school where 140 different tribals and Muslim children are studying. They received all their educational materials. A spiritual meeting for our Gospel workers took place and in February 2017 we organized a leadership seminar for the missionaries of three different ministries.

More tube wells, latrines, mosquito nets and free medical camps have been supplied to both Christians and non-Christians. The children’s hostel and adult literacy program are going well. All glory to our Lord and God!

God indeed has continued to fulfill His promise to Timothy. Bangladesh Outreach is fruitful and growing. Louis has been faithful. Yet he claims he is just a caretaker; the ministry belongs to Elizabeth. In fact, God has taken ownership.

Who will help Louis and Elizabeth carry on this work of God?