House Church Movement Demonstrates God is at Work in Azerbaijan 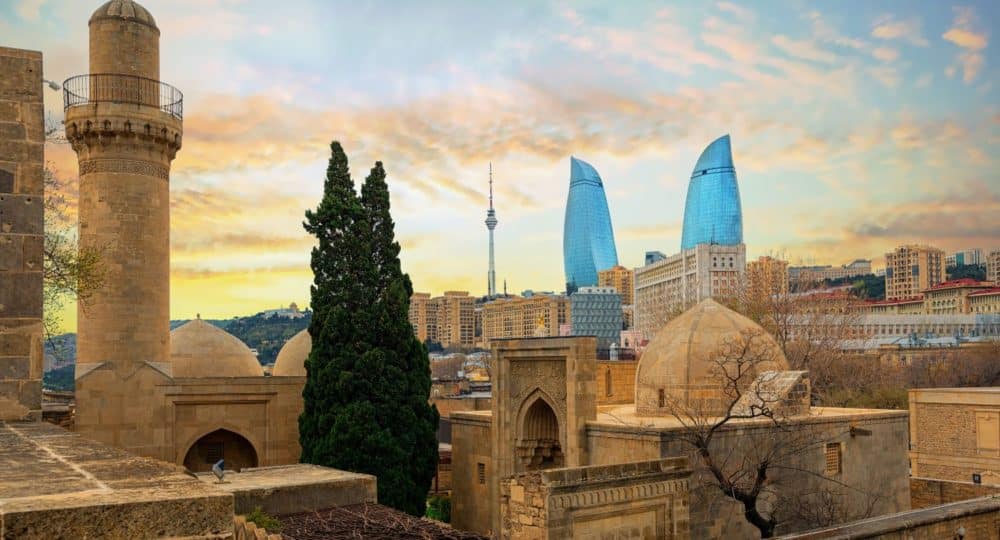 Warren Stewart, ANM’s Regional Director for Central Asia, was excited to share how the Lord is working in Azerbaijan through our native partner there.

Warren, can you share why you are excited about Azerbaijan?

The movement in Azerbaijan is what we would all dream of happening — a natural, authentic Christ movement. They are just constantly trusting God for new [opportunities] and walking by faith. It is exciting. I see it even in their attitudes; they’re so tender, they’re so loving, they’re kind. There’s no [sense of] entitlement. It’s growing in every region of the country. They’re also being intentional about initiating works among the least reached.

Can you tell us more about what our native partners are doing?

They are part of a house church movement. The work in Azerbaijan is probably one of the purest bona fide movements I’ve ever seen. In the last four or five years, they have planted 66 house churches. They’ve established a full-time position of member care, a person who will meet with any new church planters, coach them, and walk with them to ensure their long-term stability. What’s interesting is that they’re [working more and more] with the government. Azerbaijan is very favorable towards Christianity. Our [partner] sits on a religious advisory council with the government. They have also slipped into Iran. They have some stuff percolating there. They definitely planted a church.

Would you explain what about the movement has you so excited?

I can simply say that by God’s grace, ANM has been able to help spur on this movement in Azerbaijan that is [now] moving quickly across the country. They lead people to Christ, make disciples, and plant new churches. It’s growing so fast that they realized they need more people with jobs to support and sustain the movement. I would say over half, if not two-thirds, of the funding they have right now comes from the West, and they would like to be 50-50.

Why do they want less support from the West?

I think they see Western resources as hard to compete for because the need is great. They are fully aware that other places are significant drains on missions resources. They think there are not enough funds to go around, and Central Asia probably isn’t on anybody’s top radar. So, the Central Asians are becoming more willing to look after themselves. The issue throughout Central Asia is that there’s still not enough critical mass in terms of believers that can help the movement be sustainable.

So, what is the answer if they don’t want to depend on the West for support and there are not enough people earning an income to support the movement?

They want to cultivate a self-sustaining movement. They need [people] who are believers with jobs or businesses that will support the growing church. They’re being extremely creative about growing their self-sufficiency; our key partner there is [deeply involved] in that.

Is this the type of ministry you are used to doing?

It’s wild. I’ve never even imagined myself starting businesses, but I’ve helped start more businesses in the last ten years. We are helping them create a café. They also started a barbershop. This ministry is an excellent example that we could share with other ministries desiring to become self-sustaining.

What one business are you working on now?

The ministry partner sees the need for more local businesses to be started that can fund the movement. They’ve worked on opening a café. ANM has helped fund that. They are short $4,000 to pay for the furniture, but the café should be open within the next six months. They are taking the steps towards not only developing leaders equipped to start new churches, but … also developing leaders who will coach and walk with them.

What is the next step in helping the ministry to be a success?

There’s a lot of unemployment throughout the country. So, they need … viable business opportunities—things more like microbusinesses, like the beekeeper whose story is on the ANM website. We’re trying to develop a microbusiness loan program. One of the first people we’ll give the loan to is a lady opening a salon to do manicures and pedicures. The funding is with minimal interest, like 1% interest. The funds are used to start another business when the loan is repaid.

Do you want to be a part of what is happening in Azerbaijan? You can get involved. Download the 21 Ways You Can Advance the Kingdom Through Prayer guide to be informed of ways to pray for our ministry partners. You can also pray about other ways God would have you get involved.

Download 21 Ways You Can Advance the Kingdom Through Prayer