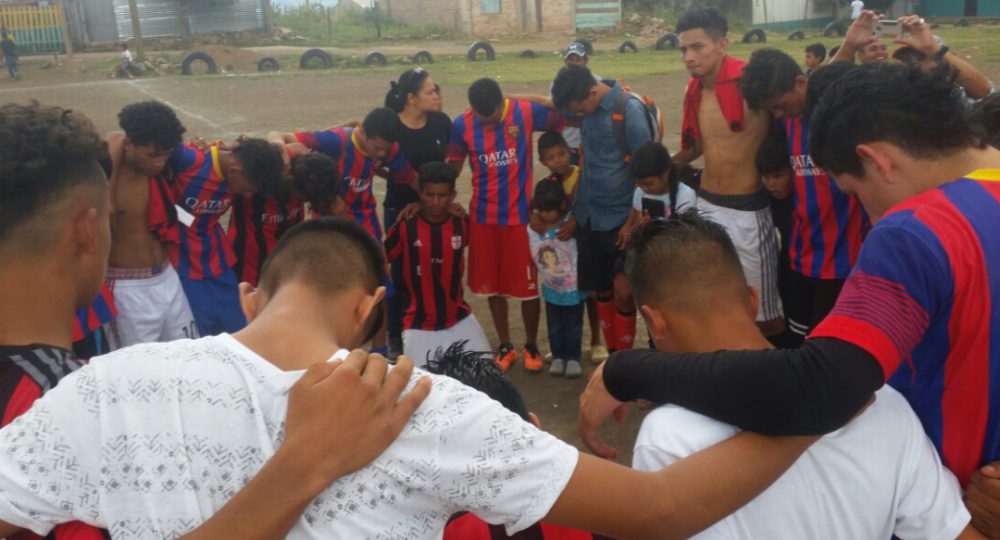 Born in Brazil, Gustavo had known since childhood—even before he really began following Christ—that God wanted him to be a minister. At age 11 he started pursuing this calling through intense training and discipleship. He didn’t just want to follow everyone else in his class to Africa as a missionary, but sought a specific answer from God.

Now he had it. There was only one problem—he didn’t even know where Honduras was! He searched on a map and found it in Central America.

Honduras, a Spanish-speaking country nestled between Nicaragua and Guatemala, has a history of consistent social strife and political instability, and remains one of the poorest countries in the western hemisphere. In recent decades, the country has been plagued with corruption in its government and oppression by the drug cartels and gangs that roam its streets. In fact, Honduras suffers the highest murder rate of any country in the world not at war!

While Honduras has many churches, none seems to have the resources or even the aim to reach youth and families in the capital’s most violent regions. That is where God sent Gustavo and Rose, his wife, in 2011. In the worst part of Tegucigalpa, where no one else dares even to visit, they received a piece of property in an area called the Mount of Olives. Their ministry, called Love for Honduras, started simply by distributing food and clothes and providing medical aid.

Gustavo and Rose later initiated a discipleship program, including Bible studies and worship, where a number of the teens began following Christ—some just minutes before being murdered on the streets.

A music and dance school offers another haven for youth. Micro-businesses provide income for families, replacing the easy but dangerous money earned delivering drugs for the gangs. One man, Alvarado, even gave up his plans to immigrate to the U.S. once he began earning steady money for his family through his new business.

Quite accidentally they stumbled on what became their most effective outreach: soccer. Every young Honduran boy dreams of imitating soccer stars like Pelé, Ronaldo, and Messi. So when Gustavo and Rose were granted an empty field next to their property, they pulled out some soccer balls and cones to begin training the local kids in soccer skills. This has literally saved a number of children from the streets and pulled them out of the deadly gang culture.

The work continues and expands daily. Please pray for safety for Gustavo, his family, and the many youth and families Love for Honduras reaches. Although the streets seem very dangerous right now, God’s bright light is shining in the darkness.